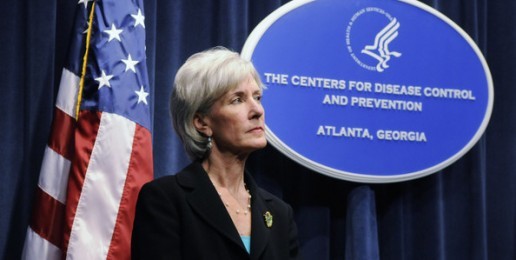 The U.S. Department of Health and Human Services (HHS) recently announced a new and onerous mandate which will force all health insurance policies to pay for free contraception without co-pays or co-insurance, including every “birth control” drug or device approved by the Food and Drug Administration (FDA).

This means that every health insurance plan will be required to cover “emergency contraceptives” or “morning-after pills” such as Plan B. These abortifacient drugs act to break down the lining of the uterus so that it is either unreceptive to implantation by a fertilized ovum or unable to sustain an implanted embryo — killing a newly conceived human being.

The primary purpose of contraception is not to treat any disease or illness but to prevent the creation of human life. Why should every American be forced to subsidize the destruction of human life through abortifacients especially when there is a more effective and surer way to avoid unwanted pregnancies — abstinence? Why should Americans have to pay for sexual risk-taking or irresponsible behavior?

It is simply outrageous for the government to compel citizens to pay premiums to subsidize a drug many find morally objectionable.

Media reports claim that the Obama administration has incorporated an amendment to the new regulations that permit religious institutions that provide health insurance coverage to exempt themselves from the contraceptive mandate. But if you don’t happen to work for a religious institution, you have no individual conscience rights.

A bill has been introduced in the U.S. Congress to protect the conscience rights of Americans who do not want their health insurance premiums to pay for abortion-inducing drugs. The “Respect for Rights of Conscience Act of 2011” (H.R. 1179) was introduced by U.S. Representative Jeff Fortenberry (R-NE) in mid-March of this year. It is co-sponsored by 36 other Congressmen, including Illinois’ Jerry Costello (D-Belleville) and Daniel Lipinski (D-Chicago).

Take ACTION: Contact your U.S. Representative to object to the mandate by HHS that will require pro-life citizens across the nation to pay for abortifacient drugs. Then urge your Congressman to support H.R. 1179, the “Respect for Rights of Conscience Act.”

Note: IFI recently sent a letter to the pro-life Illinois Congressional Delegation asking them to sign on as co-sponsors of the bill.