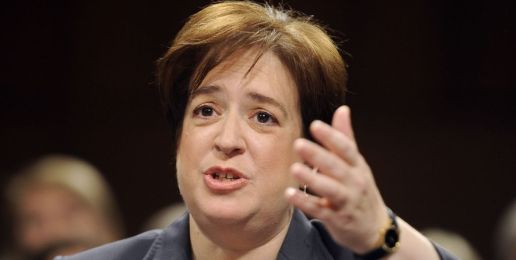 Americans United for Life says that Kagan, who currently serves as U.S. Solicitor General, is a “radical abortion rights activist.” The group is urging the U.S. Senate to refuse to confirm Kagan for the High Court.

“President Obama has chosen another activist who seeks to reshape the traditional understanding of the Constitution to suit her personal views,” says Charmaine Yoest, President of AUL. “Kagan has been open in her admiration of activist judges who rewrite the law to suit themselves and has advocated that judges ‘advance’ social policy rather than faithfully applying the law.”

Yoest states that AUL’s research reveals that Kagan is “an ardent abortion supporter.” She says that Kagan has been a donor to the National Partnership for Women and Families, which has close ties to the National Abortion Rights Action League and Emily’s List, a pro-abortion political action committee.

Kagan has publicy and repeatedly criticized the U.S. Supreme Court decision in Rust v. Sullivan, Yoest adds. In that decision, the High Court upheld regulations that prohibited the use of tax dollars for programs that promote or counsel for abortion. Kagan has also written articles dismissing the harmful effects of abortion on women’s physical, emotional, and psychological health.

“Americans do not need a radical abortion-rights activist taking a fill-in-the-blank approach to the U.S. Constitution,” Yoest concludes.

You can read more about AUL’s analysis of Kagan’s record by visiting their website at this link: