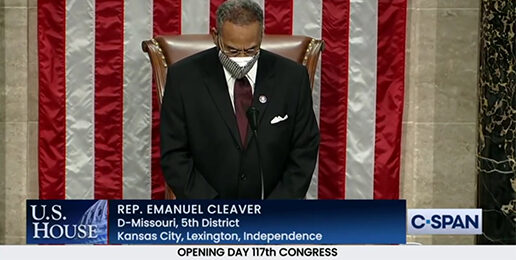 She womandated that in order to make the U.S. House of Representatives Code of Official Conduct more inclusive, it will henceforth exclude references to the following: fathers, mothers, sons, daughters, brothers, sisters, uncles, aunts, nephews, nieces, husbands, wives, fathers-in-law, mothers-in-law, sons-in-law, daughters-in-law, brothers-in-law, sisters-in-law, stepfathers, stepmothers, stepsons, stepdaughters, stepbrothers, stepsisters, half -brothers, half-sisters, grandsons, or granddaughters, as well as all pronouns that correspond to immutable biological sex, like he, she, his, hers, him, her, himself, and herself.

Pelosi calls these changes “visionary.” Methinks she is a visionary womanqué.

No matter if all the persons affected by the banning of these words identify as husbands, wives, fathers, mothers, sons, or daughters. No matter if central to their authentic lives and happiness are their identities as constituted by and inseparable from their immutable biological sex. To Big Brother Sibling and his small-minded, power-ravenous Sister Sibling, Nancy Pelosi, using Big Government to eradicate public recognition of sexual dimorphism is all that matters.

In my mind’s ear, I hear some Christians tsk-tsking my description of the “trans” cult as lunatic.  Those Christians have yet to explain how Christians can heed C.S. Lewis’ admonition to train up our children to feel hatred for ideas and actions that are worthy of hatred without using harsh language to describe evil. To use scriptural language, Nancy Pelosi and everyone else who accommodates the diktats of “trans” cultists, homosexual activists, and radical feminists are vipers.

I can hear some other conservatives—also known as living, marinating frogs—dismissing concerns and warnings about the scorched earth devastation of feminism, homonormativity, and “trans”-cultism, all of which conspire to undermine public recognition and respect for God’s created order.

These are the same conservatives who now use the word “gay” instead of homosexual.

These are the same conservatives who failed to object when pro-homosexual resources were introduced to their children in government schools through sex ed, health classes, theater classes, English classes, and social studies classes.

These are the same conservatives who attend same-sex faux weddings and call their actions “loving.”

These are the same conservatives who do nothing when their local public libraries invite drag queens—that is, perverted adult men—to read stories to toddlers.

These are the same conservatives who know and care little that there is a public health crisis among adolescent girls and young women whose hearts and minds are being poisoned by the social contagion of “trans”-cultism.

And these are the same conservatives who have little understanding of the enormity of the threat posed to our essential First Amendment rights by the Equality Act.

Just after Pelosi announced the exclusion of “gendered” language from the House Code of Official Conduct, U.S. womentally unhinged Representative Emmanuel Cleaver opened the 117th Session of Congress with a prayer that ended with these words:

We ask it in the name of the monotheistic God, Brahma, and ‘God’ known by many names by many different faiths. Amen and awoman.

Yes, a former pastor with a Master of Divinity degree actually said those embarrassing words.

Cleaver is apparently so steeped in intersectional identity politics and beholden to the culturally powerful groups that seek to blur the lines between sexes, he ignored that “amen” is not a gendered word. He’s willing to trade the Word of God–whom he claims to serve–for a mess of rancid political pottage.

If we’re going to invent neologisms in a futile attempt to recreate a world in the image of intersectionalist ideologues, I’ve got some:

Pastor and theologian Douglas Wilson tweeted a response to Cleaver’s peculiar prayer closing that aptly describes how many feel on the first week of the new congressional session:

I suspect many right-thinking Americans are also feeling something more intense than exhaustion.

There’s another possibility: Maybe Cleaver wasn’t saying “amen” as in “so be it.” Maybe he was using the prefix “a” attached to men and women, meaning “not men” and “not women.” Yeah, that makes more sense.

Unless there’s a revival, America is doomed by the rebellion, cowardice, and ignorance of leaders elected by rebellious, cowardly, and ignorant people.

“It was intended that when Newspeak had been adopted once and for all… a heretical thought… should be literally unthinkable. … This was done partly by the invention of new words, but chiefly by eliminating undesirable words and stripping such words as remained of unorthodox meanings. … [T]he special function of certain Newspeak words. … was not so much to express meanings as to destroy them.” George Orwell, 1984

“For whatever other reasons the language rules may have been devised, they proved of enormous help in the maintenance of order and sanity in the various widely diversified services whose cooperation was essential in this matter.” Hannah Arendt, Eichmann in Jerusalem: A Report on the Banality of Evil

Abortion and the Political “Big Tent”
b
a
x
r