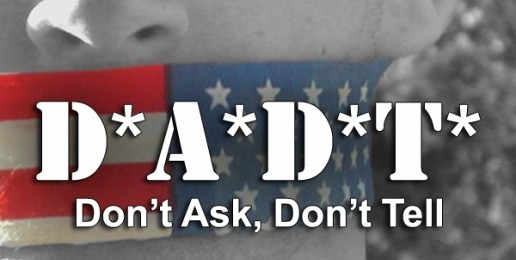 Illinois Family Institute is appalled by the lame duck Congress — including our own U.S. Senators Dick Durbin and Mark Kirk for their vote to homosexualize our nation’s Armed Forces.

Over the weekend, the U.S. Senate voted 65-to-31 to ignore our military history and traditional morality regarding sexuality and allow those who self-identify as homosexual to serve openly in the armed forces. Illinois’ junior Senator Mark Kirk, along with Republican Senators Susan Collins (Maine), Olympia Snowe (Maine), Lisa Murkowski (Alaska) and Scott Brown (Massachusetts), and retiring Senator George Voinovich (Ohio) broke rank with their party on this fundamental issue of common sense, sexual morality and national security and instead cast their votes for a radical political agenda that will undermine our Armed Forces.

Senate Republicans made a vow not to vote on “Don’t Ask Don’t Tell” until the budget was resolved. In doing so, they not only have put radical homosexual political interests above fiscal interests but also have put our troops at risk during wartime. Furthermore, they have broken trust with the people.

The Pentagon’s own study revealed that nearly two-thirds of those serving believe the repeal would have some negative or significant negative effects. Twenty-four percent of service members said they would leave or seriously consider leaving the military if “Don’t Ask Don’t Tell” were repealed.

In November the American people told Washington they wanted change in the policies and practices of their elected officials. Instead, Congress has gone full-tilt toward “business as usual,” pushing extreme special interest agendas instead of the issues on the minds of working families. The American people were not demanding this type of legislation — it is being forced upon us, thanks in large part to a very well financed homosexual lobby.

Yet government leaders are not listening to the men and women in uniform. Gambling with our national security over political correctness is not an American value voters support.