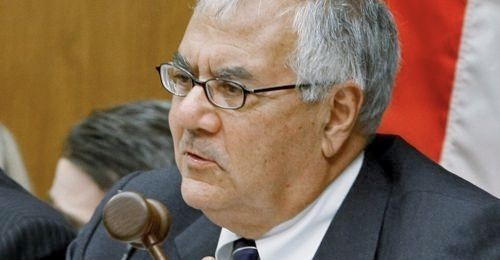 Homosexual activists are again pushing radical legislation known as the Employment Non-Discrimination Act (ENDA) — H.R. 2981 & S. 1584. It has already been introduced in both the U.S. House and the U.S. Senate and is currently in committee. President Barack Obama is on record supporting ENDA.

Take ACTION: Please contact your Congressman and ask him/her to vote NO on ENDA. You can also call your U.S. Representative and U.S. Senators at (202) 225-3121 and provide your zip code to be connected to your House member’s office.

Background
The Illinois Family Institute opposes ENDA, in part because it will elevate self-identified homosexual and gender confused indivuals to protected class status in the workplace. If passed, this will force religious employers to hire and promote homosexual employees even if they find that lifestyle to be morally objectionable. Other federally protected classes are determined by the following criteria:

1) an obvious immutable (not capable of change) characteristic;
2) a history of discrimination evidenced by economic disenfranchisement; and
3) political powerlessness.

“Sexual orientation,” “transgenderism” and “gender identity” fail to meet any of the above criteria.

The underlying purpose of ENDA, contrary to its disingenuous title, is to discriminate against anyone opposing homosexuality and transgenderism in the workplace. It is another effort to normalize homosexuality in the culture. ENDA will establish “sexual orientation” and “gender identity” as protected classes in the workplace, equivalent to unchangeable characteristics of race and gender and constitutionally protected religious beliefs.

Under ENDA, employers will be forced to make decisions that run contrary to their religious beliefs — a violation of their First Amendment rights. Employees will be forced to remain silent regarding their views on homosexuality in order to avoid “hostile work environment” claims. Many real-life examples attest to the negative impact ENDA-type policies have in the workplace.

ENDA, at the very least, is a serious threat to the religious liberty of Christians in the workplace.