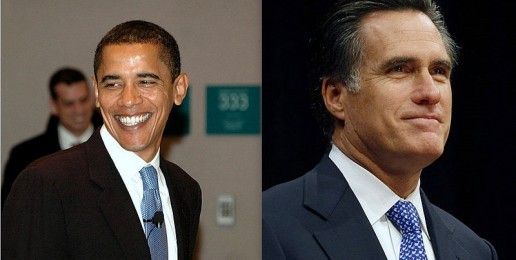 Across the board, the political establishment, Hollywood, the pop culture and the media would have us believe that the only issue that matters to voters is the economy. The only ones who care about social issues are a few devout religious types who are seen as backwards, out of touch and on the wrong side of the winning calculus.

If this is the case, how do they explain a huge drop in President Barack Obama’s poll numbers after a week dominated by news of his support for unraveling marriage.   At the end of last week, for the first time, Mitt Romney hit the 50 percent mark in Rasmussen’s tracking polls, developing a 7-point lead over President Obama who dropped to just 43 percent election support.

One political observer even said that the President’s proclamation placed six states in play this fall that may have been leaning towards him.  Finally being honest, the President has shared his desire to remake marriage into a gay social experiment. (Actually it is remaking it into anything one desires, because whoever draws a boundary at any place is the next “bigot” and “hatemonger” of those who desire anything else.)

Placing states into play in the electoral map could be real. As one commentator observed, polls are one thing, but elections are another and voters in 32 states in a row, in every part of and demographic segment of the US, have made it clear how they really feel about changing this cornerstone of a strong society.

This doesn’t mean that the lousy economy is not among the biggest issues of the campaign in the minds of most voters. However, the desire to give up on social issues among, even some conservative elites, is baffling. My only explanation is that to question the homosexual agenda today is to incur a wrath and punishment from the patron saints of tolerance that few people want to endure a second time.