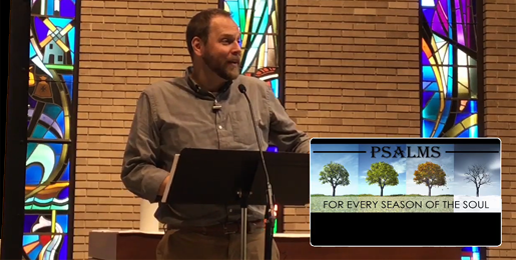 On October 25, Pastor Michael Johnson of Gospel Fellowship Church in Wheaton, Illinois preached a powerful sermon for such a time as this, titled “Christians in America: Persevering Faithfully (Part 1)” (Click here for video. Click here for audio.) regarding the blessing of self-government and how Christians should steward that blessing. Offering examples like the affirmation of abortion and homosexuality, tolerance for riots, and abuse of power by elected leaders, Pastor Johnson makes clear that we are living in a time in which evil is celebrated as good. He makes clear too that Christians have a responsibility to oppose evil and injustice. Pastor Johnson’s sermon is exactly the kind of sermon for which Christians all across the country pray their pastors and priests would preach.

At all times in history since the fall of man, the enemy has been on the prowl to devour Christians; to sever them from God; and to destroy individual lives, families, the church, and societies. But at different times and places, the enemy attacks different biblical truths with particular fervor and tenacity. For the past fifty years in Western civilizations, the enemy has been attacking biblical truths related to the nature of man and the proper ordering of sexuality with just such fervor and tenacity.

In addition, once the enemy pulled these foundational biblical issues through the mud and into the political square, he persuaded gullible Western man and woman that these issues are solely political and, therefore, the church ought not or dare not speak on them. But man, woman, marriage, sex, children, family, and government are all God’s creations, and Christians have an obligation to God and their neighbors to govern wisely on these matters.

C.S. Lewis concludes The Screwtape Letters with a warning from senior devil Screwtape to his nephew, the novice tempter Wormwood about how Satan wants politics to be used:

About the general connection between Christianity and politics, our position is more delicate. Certainly, we do not want men to allow their Christianity to flow over into their political life, for the establishment of anything like a really just society would be a major disaster. On the other hand we do want, and want very much, to make men treat Christianity as a means; preferably, of course, as a means to their own advancement, but, failing that, as a means to anything — even to social justice.

In Pastor Johnson’s stemwinder of a sermon, he argues for a biblically informed, balanced perspective on the obligation of Christians to be politically engaged through our words and deeds in order to love our neighbors well and bring glory to God. Please watch and share.