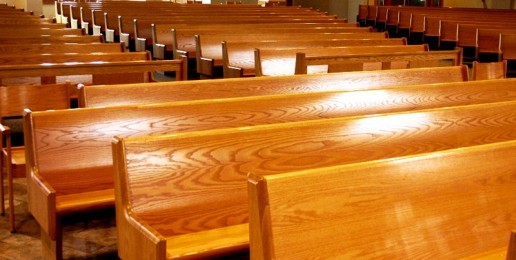 I was once interviewed on a radio program on the topic was “same-sex marriage.” The other guest was a 22-year-old friend of the host. The young woman was a Christian and recent graduate of Howard University’s nursing program. During the course of the interview, she said a number of things that were and remain critical for the church to hear:

We are losing our youth on the issue of homosexuality and “trans”-cultism, which will ultimately erode their respect for the authority of Scripture on other issues and accelerate the erosion of sexual morality, family integrity, children’s rights, parental rights, speech rights, and religious liberty as they become our culture-makers.

From birth our young people hear one monolithic cultural message about issues related to sexuality. Our children are powerfully affected by the demagogic images and narratives to which they are exposed, and they don’t know how to think through or refute the propositions they hear daily. They are persuaded by deceit, and the church does next to nothing.

I visit the websites of theologically orthodox churches and see churches offering Zumba and Pilates classes, cupcake-decorating parties, and weight-loss classes. Isn’t it at least as legitimate and more important for the church to equip its flock to understand the specious arguments used to normalize homosexuality and “trans”-cultic beliefs and practices as it is to lead them in the ways of Zumba? Why don’t churches offer seminars, workshops, or classes that teach people how to identify fallacious arguments and refute them on these critical issues?

Imagine that specious arguments and deceptive images were pervading our sitcoms and Hollywood films, endorsed by our president and elected leaders, trumpeted in the mainstream media, and shown to our five year-olds in picture books in school, but the ideas being promoted were that polyamory (aka sexual non-monogamy) is equivalent to heterosexual monogamy and that plural marriage is just as valuable and good as traditional marriage. Would the church remain as unconscionably silent as it is now?

What if the idea being propagated in our schools, entertainment industry, and mainstream press were that whites are inherently superior to other races or that legal civil marriage should be available to close blood relatives of the same sex (after all, there’s no risk of birth defects in such inherently sterile relationships)?

If the church does not counter the corrosive cultural messages and prepare Christians to think, speak, and act rightly, who will? How pernicious do the ideas have to become and how young the children to whom these ideas are taught before the church will become angry (which, by the way, is a biblically justified sentiment)?

America has eliminated sexual complementarity from its legal definition of marriage. When it did, the floodgates were  breached and homosexuality-affirming resources and activities poured into even our elementary schools. We sit in the comfort of our homes feebly and inaudibly tsk-tsking while our taxes are used to affirm sexual perversion to our little ones—something about which they should never hear a word.

If the teaching pastors in every theologically orthodox church had been proclaiming that homosexual acts are abhorrent to God and that such a thing as “homosexual marriage” cannot exist, and if our pastors had been teaching their members how to understand the images and ideas they encounter, and if they had been teaching by example what Christians should be doing, maybe we wouldn’t be here today. But even if we were, at least our children would be better equipped to stand firm in the counsel of God.

Most churches today bear a striking resemblance to the German Evangelical Church during Hitler’s reign of terror, but we have even less reason for our cowardice since we don’t yet face imprisonment. The German Evangelical Church acted in ways virtually all Christians now view as ignoble, selfish, and cowardly. Some pastors argued that a “‘more reasonable tone would be more honoring to those with different views.’” One bishop told Martin Niemoller that those pastors who refused to join the resistance were “‘trying to bring peace to the church’” rather than “‘seem like . . . troublemakers.’” In response, Niemoller asked “‘What does it matter how we look in Germany compared with how we look in Heaven?’”

Most churches today sound like those that Martin Luther King Jr. lamented in his Letter from Birmingham Jail:

I have been so greatly disappointed with the white church and its leadership. . . . too many . . . have been more cautious than courageous and have remained silent behind the anesthetizing security of stained-glass windows. . . . I have looked at the South’s beautiful churches with their lofty spires pointing heavenward. I have beheld the impressive outlines of her massive religious-education buildings. Over and over I have found myself asking: “What kind of people worship here? Who is their God? . . .

In deep disappointment, I have wept over the laxity of the church. . . . I see the church as the body of Christ. But, oh! How we have blemished and scarred that body through social neglect and through fear of being nonconformists.…the contemporary church is a weak, ineffectual voice with an uncertain sound. So often it is an archdefender of the status quo. Far from being disturbed by the presence of the church, the power structure of the average community is consoled by the church’s silent and often even vocal sanction of things as they are.

I have no illusions; this work is difficult. But God is on His throne and calls us to carry His Cross: “That is why, for Christ’s sake, I delight in weakness, in insults, in hardships, in persecutions, in difficulties. For when I am weak, then I am strong” (2 Cor. 12:10).

Church leaders, do something.

And Christians, if your church leaders aren’t leading and teaching on this issue, go to them and urge them to do so or find a better church.