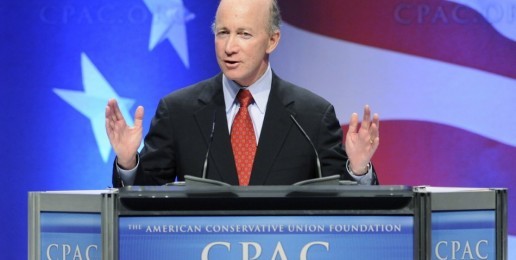 In recent weeks, I have had several conversations with friends regarding the relative importance of the social issues when making voting decisions. These conversations intensified following some statements made by Indiana governor and rumored presidential aspirant, Republican Mitch Daniels, who has called for a “truce” on the social issues.

Lest anyone think Daniels regrets his words or has reconsidered his position, Washington Examiner writer Mark Hemingway assures us that Daniels stands behind them:

I got a call this morning from Indiana Governor and rumored presidential candidate Mitch Daniels. In my column yesterday on his remarks about a “truce” on social issues, I left the door open to the possibility that the Governor’s remarks may not have been a “rhetorical misstep.”

…Daniels called me to say that he’s dead serious about the need for the next president to declare a truce. “It wasn’t something I just blurted out,” he told me. “It’s something I’ve been thinking about for a while.”

He’s emphasized the need to focus like a laser beam on the existential threats facing the country — the two big issues he’s previously identified being the war on terror and the country’s precarious fiscal position.

For some time I have held the view that supporting a candidate who abandons the social issues but supports a strong national defense and responsible spending was the lesser of all available evils. I held this position even as conservatives grew ever more silent on legislation pertaining to abortion and homosexuality. I hoped without evidence that those who claim the mantle of conservatism would eventually regain a moral sensibility and a spine. What a naïve dupe I’ve been.

I was also unduly influenced by rhetoric coming from the mainstream media; the woefully misnamed “progressives”; and the equally misnamed “moderates.” These groups characterize as “extreme,” “fringe,” and “far right” anyone who believes that the slaughter of the unborn, sexually complementary marriage, and the natural family are critical issues. Hearing these ad hominem epithets, I felt embarrassed and doubtful about my views.

Then the inestimable Richard Weaver slapped me upside the head through his transformative book Ideas Have Consequences.

The contemporary claim that opposition to abortion and affirmation of homosexuality are fringe positions reflects the moral relativism against which Weaver warns. Conservative views are only extreme to a society that has rejected the idea of objective, transcendent moral truth. Remember, fewer than fifty years ago, support for abortion and affirmation of volitional homosexual acts would have been viewed as radical, far-left, extreme, fringe positions; and a “truce” on the promotion of these views by politicians would have been unthinkable.

Governor Daniels reveals a troubling ignorance about what constitutes an “existential threat” to our country when he implies that legalized killing of the unborn and destruction of the natural family and traditional marriage do not pose a threat to the continued health, strength, and even existence of this country.

I wonder, if one of the “social issues” that divide the country were not the slaughter of the most defenseless but were instead the enslavement of African Americans, would these same immoderates, including Mitch Daniels, be chastising conservatives for refusing to subordinate social issues to fiscal issues?

Meanwhile, as too many purported conservatives turn their fear-filled, feckless gazes away from the unborn, marriage, parental rights, speech rights, religious liberty, and the rights of children, “progressive” activists, smirking gleefully at our naivete and cowardice, seize the legislative day.

While we abandon the social issues, “progressives” forge frenetically ahead, supporting the Employment Non-Discrimination Act, Hate Crimes legislation, the Student Non-Discrimination Act, the Safe Schools Improvement Act, the Freedom of Choice Act, federal funding for abortion through Obamacare, the defunding of abstinence education, increased funding for Planned Parenthood, the repeal of the Defense of Marriage Act, and the repeal of “Don’t Ask, Don’t Tell.”

Apparently, the financial crisis and the threat of radical Islamic terrorism have not similarly compelled “progressives” to abandon the social issues. No, siree. While some “conservative” leaders and their acolytes tremble and retreat from critical moral and political issues, “progressives,” as Rahm Emmanuel explains, “Never allow a crisis to go to waste. ” They view crises as “opportunities to do big things.”

Is the reasoning of these flee-from-the-social issues faux-conservatives sound? Do social conservatives actually believe that once our 13 trillion dollar debt problem is solved, our elected, rubbery-spined representatives will bravely and implacably turn their attention to abortion and homosexuality? If they do, I’ve got beachfront property in Louisiana to sell them.

If conservatives en masse would reject any candidate who waves the white flag on social issues, maybe, just maybe, we would be blessed with better candidates — ones for whom we could vote without holding our proverbial noses.

We must restore fundamental conservative principles to the public square and the political process, especially as they touch on the “social issues” that Governor Daniels seeks to abandon. We would far better serve the “existential” needs of our country by taking to heart the words of Ella Wheeler Cox: “To sin by silence when they should protest makes cowards of men.”