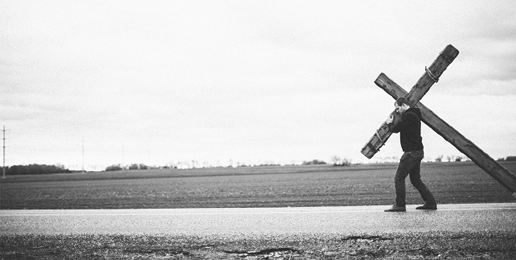 “Blessed are those who are persecuted because of righteousness, for theirs is the Kingdom of Heaven. Blessed are you when people insult you, persecute you and falsely say all kinds of evil against you because of me. Rejoice and be glad, because great is your reward in heaven, for in the same way they persecuted the prophets who were before you.” (Matthew 5: 10, 11)

I recently posted this on my personal Facebook page:

How many conservatives say or do anything about their public schools teaching positively about homosexuality or the “trans” ideology in English classes, health classes, or in purported “anti-bullying” activities?

How many say or do anything when their local schools allow “trans”-identifying students to use the restrooms and locker rooms of opposite-sex students?

How many conservative teachers—including conservative Christian teachers—in public schools refuse to use incorrect pronouns when addressing “trans”-identifying students, choosing instead to lie?

How many conservatives show up at school board meetings to publicly oppose the indoctrination of children with Leftist sexuality dogma on the public dime?

How many conservatives would show up at a library board meeting if librarians decided to host a “drag queen story hour”?

Oh yeah, we complain to each other where it’s safe. But that’s about it. Most Christians will say and do nothing unless they’re guaranteed it’s cost-free. And then we wonder how we got here.

How do we reconcile our cowardly capitulation with these words of our Lord and Master, Jesus Christ: “… whoever does not take his cross and follow me is not worthy of me.”

So, while doctors are amputating the breasts of 13-year-old girls who pretend to be boys, Christians largely say nothing because saying something is costly. We should be ashamed. Our thankfulness for Jesus’ suffering that we might live eternally with him doesn’t extend much beyond our comfort. It certainly doesn’t extend to those children whose hearts, minds, and bodies are being destroyed.

In response I received this Facebook message from a friend (emphasis added):

Regarding your post. What your average normal non activist taxpayer needs is a way to do what you ask. It’s very intimidating to go against a fascist bureaucracy. If we had a sheet of talking points of provable facts with links to the studies or articles of proof, normal busy people might feel more empowered to do so. But it’s so easy to be labeled a hater and a bigot.

Parents need to be able to point to articles saying transgender encouragement and surgery is child abuse and here’s why. Make it easier for parents to make a stand and we’ll do it. But no one wants to stand up to be shot down without any help. Then your reputation in community is shot.

I’m responding to this message publicly because I believe it reflects the thoughts and feelings of many Christians.

First, IFI (and many other websites) has provided refutations of leftist claims—including publishing articles about research that refutes them—and our refutations are condemned as bigoted, hateful, and disreputable. Sound research will not protect against epithets.

Second, there are no provable facts that are immune from challenge—not on our side or the other. How does one prove that humans ought not be compelled to undress or go to the bathroom in the presence of or near people of the opposite sex? What provable and inarguable facts can be marshaled to support the claim that homoerotic acts are immoral or that couples in naturally sterile homoerotic unions ought not acquire children, or that government schools ought not proselytize for the “LGBTQ” movement? Sure, there’s social science research demonstrating that children fare best when raised by a mother and father in an intact relationship and that homoerotic unions are more unstable on average than heterosexual unions, but such research is disputed and scorned by Leftist ideologues. Any organization that challenges the assumptions of the “LGBTQ”-ideology will be vilified and mocked because it challenges the “LGBTQ”-ideology, no matter how reputable the doctors or research is: If you cite them, your reputation will be shot down.

The best arguments against pro-“LGBTQ” claims are based on first principles and logic—not provable facts. The reason those are the most effective arguments is that Leftists have not made such astonishing cultural headway via arguments based on indisputable or provable facts. They’ve made such cultural headway by appealing to emotion and name-calling. The research they appeal to is flawed and their propositions irrational and contradictory.

Third, this friend evidently missed my whole point: We should be willing to be shot down and have our reputations ruined. No one can make this battle easy or cost-free. I and many others do our best to equip people to do battle, but we can’t make it easy.

Would we today admire people like William Wilberforce and Dietrich Bonhoeffer if they had said, “I’ll speak out when I can be guaranteed no one will call me names and my good reputation will remain intact”? As long as we say we are unwilling to speak truth if it harms our reputation, we will remain not only complicit in the grievous harm being done to children, but we will also remain profiles in cowardice for our children and grandchildren.

It won’t be easy for Christians today or tomorrow or next year to take up their crosses and follow Jesus. Feeling anxious about our reputation is not a justification for keeping our cross in the closet; it’s a rationalization.

And it’s a rationalization for Christians who don’t want to do this hard work to claim they aren’t “called” to do it.

Finally, standing up for truth about children’s needs and children’s rights is a Christian duty—analogous to standing up for the dignity and rights of blacks during the execrable time of slavery and the era of Jim Crow laws—and fulfilling that duty does not in any way violate the separation of church and state. Christians must not let “progressive” ideologues deceive them that it does.

VIDEO: Eric Metaxas on “Freedom in the Balance”

Killing the Unborn, Confessing to Plants
b
a
x
r