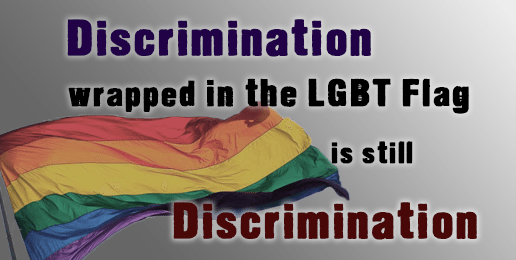 Thomas Banks worked for Ford in Michigan for more than three years as a product engineer. But one day he received an email, left a message in the comments section, and two weeks later – in August 2014 – was fired after being told he had violated Ford’s anti-harassment policy. Liberty Institute has filed a complaint with the Equal Employment Opportunity Commission (EEOC) – and their investigation could lead to a lawsuit in federal court.

OneNewsNow asked Liberty Institute attorney Cleve Doty the nature of the article on which Banks commented.

“It was about the basically LGBT organization at Ford,” Doty responds, “and Mr. Banks had published a comment that said [in effect] Look, we should care about automobiles, not about this. This may be offensive to Christians and others in the workplace. Why don’t we focus on cars – [that was] the essence of his comment.”

Banks’ specific comments, as outlined in the complaint, were as follows:

“For this Ford Motor should be thoroughly ashamed. Endorsing and promoting sodomy is of benefit to no one. This topic is disruptive to the workplace and is an assault on Christians and morality, as well as antithetical to our design and our survival. Immoral sexual conduct should not be a topic for an automotive manufacturer to endorse or promote. And yes – this is historic – but not in a good way. Never in the history of mankind has a culture survived that promotes sodomy. Heterosexual behavior creates life – homosexual behavior leads to death.”

OneNewsNow asked Banks’ attorney if the LGBT group can express their view in a company publication, why can’t a Christian employee express himself?

“Absolutely. Diversity and inclusion means that we’re able to have people in the workplace work together and don’t necessarily have to agree but we can all get along,” replies Doty. “And Mr. Banks gets along individually with folks. But here, he was told immediately [he was] fired based upon a single comment.”

Liberty’s director of litigation adds that if Ford is permitted to get away with firing Banks over the comment, “we fear that every person of faith will be punished for talking about his or her faith in the workplace.”

This article was originally posted on the OneNewsNow.com website.