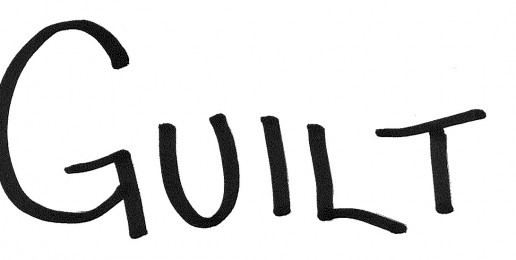 Living in the “information age” and in a time of unprecedented technical achievement, it is difficult to explain the disconnect of many Americans between their actions and the consequence of those actions. Those of us who turn to the Bible for wisdom take it from God that “whatever a man sows, that shall he also reap.” In scientific terms we understand that, “for every action there is an equal and opposite reaction.” Much of the pain people experience is simply due to bad choices they have made.

Whether we are discussing the disruption of life that drug use brings, the anger and pain of children who are the victims of a divorce, or the conflicts like that in Madison, Wisconsin, all are the result of people making wrong-headed decisions and later suffering the consequences. Yet rather than changing one’s direction or making wiser choices, many become whiners or, worse yet, demand that someone else bear the burden for their bad decisions.

One painful part of child rearing is witnessing the little one’s learning how to walk and run. In short order their shins become covered by bruises as they stretch the limits of their balance and strength. We understand that such pains are part of growing and learning.

However, many people appear to equate the amoral bruising of the toddler’s shins after a fall to the suffering which is consequent to choices that traditionally have been considered immoral. They see the pain that fills peoples’ lives following certain activities as just a part of life. One must merely get up, brush off the dust and keep going. In other words, they see no moral implications in the suffering which follows premarital sex, adultery, drug use, abortions or homosexual conduct. In fact, they argue that the discomfort they experience following such behavior is due exclusively to the preaching and moralizing of Christians. They claim that if Christians would be silent regarding others’ conduct they would experience no guilt and be very comfortable and happy in the lifestyle choices they have made.

However, this ignores the fact that all of us make decisions on a regular basis of which others disapprove yet we experience no moral qualms. There are multitudes who believe that gun ownership and hunting are inherently immoral, even wicked. In fact, the general public opinion would probably lean quite decidedly against hunting at this time, yet I find no guilt in participating in either over the years. One could make the case that political correctness is so powerful in America that many traditional activities have become quite unpopular, but those activities continue to be practiced by many without moral qualms. It is clear that there is an innate sense of guilt attached to some behaviors while others, regardless of the attempts by some to render them “immoral,” remain acceptable. It is not our moralizing that produces the guilt but the inherent immorality of the conduct.

Witnessing a homosexual parade or trying to help the children suffering the agony of their parent’s divorce educates one quickly if our eyes and hearts are open. These actions are and will remain immoral and unsupportable regardless of their “acceptance” by society because they are inherently contradictory to Scripture, nature, and the best interests of people, especially children.

God knew exactly what He was doing when He created us “male and female,” and introduced marriage as the only safe and appropriate venue for sexual activities.

The increasing demands for “therapy,” alcohol and drug abuse, and the tragic uptick in cases of depression, suicide and other anti-social behaviors merely reflect our penchant to self-destructive conduct. We are reaping what we have sown, and no scapegoats can alleviate the pain.

Maybe humbling ourselves before our loving Creator would be a good first step to real joy.