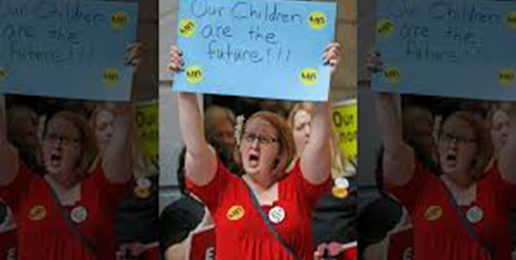 Are Public Schools Teaching Your Child An Alternate Religion?
Written By   |   02.05.16
PRINT

Would you send your children to a Muslim school? I have yet to find a Christian parent who says yes to that question – and the reason is obvious. We don’t want our kids indoctrinated into Islam. We want them to become Christians.

Yet, currently in the United States, 84% of Christian parents send their children to schools teaching an alternate religion. These schools may be billed as religiously neutral, but make no mistake: public schools are religious institutions, enthusiastically promoting the religion of secular humanism.

Now, I realize that may sound extreme or fundamentalist. But trust me, I’m not making this up. In addition to reading widely on this topic, I’ve also raised two adult children, who regretfully spent several years in the public school. But, my greatest insight into public schools has been through my husband, who has taught in them for more than 30 years. He is the one who opened my eyes to the religion being promoted in the public schools. And interestingly, when he shares this view with students, they wholeheartedly agree.

In recent years, my husband has had the unique privilege of visiting a comparative religions class at his school to explain Christianity. And, each time, he presents Christianity as a comprehensive worldview and contrasts it with what he perceives to be the prevailing religious worldview at his high school – secular humanism. Based on the framework described in Nancy Pearcey’s book, “Total Truth,” he explains that every worldview has three components – an origins narrative; a “fall” or explanation for the cause of suffering; and a redemption story, or way to end suffering.

He then argues that in his school, the origin narrative is evolution: you are the result of random processes and are no different than an animal. The cause of suffering is socially-constructed rules that inhibit your freedom, especially your sexual freedom. And, the way to end suffering is to reject these rules, which typically stem from Christianity. So, in essence, salvation is found by rejecting Christianity.

“Yup, that’s right,” students typically respond. Interestingly, no student has ever objected to my husband’s description of his school’s religious worldview. In fact, when he describes it, most experience a sort of “Aha!” moment.

So, in light of this reality, I ask you: Should Christians send their kids to public schools?

Read the rest of the article at JulieRoys.com…