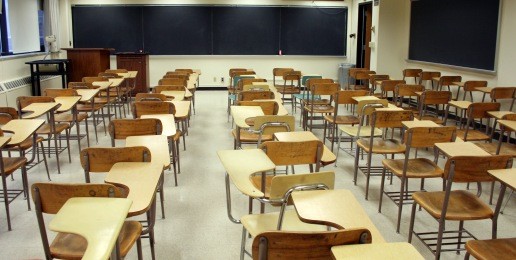 What Parents & Tapayers Should Know About Their Local Public Schools
Written By Laurie Higgins   |   08.20.14
PRINT

And if anyone causes one of these little ones who believe in me to sin, it would be better for him to be thrown into the sea with a large millstone tied around his neck. –Mark 9:42

There are numerous problems affecting public education, problems so serious that many families are choosing either to homeschool their children or send them to private schools—options which very few families are able to implement or afford.

The most serious problems affecting public education emerge from the stranglehold that disciples of the “teaching for social justice” movement and the related social and political movement to normalize homosexual practice and Gender Identity Disorder (GID) have on academia.

These subversive ideologies, fallaciously promoted as fact, infect public education at all levels, and contribute to the undermining of biblical truth, the natural family, and love of America.

The efforts to promote these partisan political theories and the simultaneous censorship of conservative resources reveal the hypocrisy of the commitments of public educators to diversity, critical thinking, and intellectual inquiry.

The problem of the presence of homosexuality-affirming resources is underestimated by far too many parents and other taxpayers. If we do not muster the courage to oppose these resources with the same conviction, vigor, and tenacity that radical activist ideologues use to promote them, we become complicit in the loss of First Amendment speech and religious liberties that will soon follow. Our continued silence will bequeath to our children and grandchildren even greater oppression than we experience today—oppression, that is, for those students who are not deceived by the specious arguments to which they are relentlessly exposed.

Students are exposed to “progressive” views of homosexuality and GID (euphemistically referred to as “gender identity”) and cross-dressing (euphemistically referred to as “gender expression”) in many school contexts. The resources and activities to which students are exposed implicitly or explicitly espouse unproven, non-factual, subjective liberal assumptions on the nature and morality of homosexuality and GID. Some of the numerous contexts in which students are exposed to these ideas include: English, social studies, foreign language, theater/drama, and health/sex ed classes; assemblies; anti-bullying programs, and teacher advocacy in the classroom setting.

In addition, extracurricular clubs such as gay-straight alliances and political action clubs (e.g. AWARE) organize activities in support of the Day of Silence, make announcements, hold fundraisers, and put up posters that promote the normalization of homosexuality during the school day.

The kinds of resources that activist teachers use in their efforts to use public education to change the moral and political views of other people’s children include newspaper and magazine articles, essays, plays (both read and performed), novels, picture books, films, guest speakers, and games.

To make matters worse, public educators engage in pervasive censorship of all resources that espouse conservative views of homosexual practice and GID. In so doing, they undermine the legitimacy of public education and transform education into indoctrination by routinely violating school commitments to diversity, critical thinking, and intellectual inquiry.

Parents should be especially wary of anti-bullying activities, programs, resources, or curricula, no matter where they emerge. “Anti-bullying” resources and policies are the Trojan Horses for secreting affirmative ideas about homosexuality and GID into public schools, including elementary schools.

The second serious problem in public schools is commonly referred to as “teaching for social justice,” which shares some of the philosophical features of “Critical Theory,” “Critical Education Theory,“ Critical Pedagogy,” “Critical Race Theory,” and, within theological circles, “Black Liberation Theology.”

Its other dominant features pertain to race, gender, class, homosexuality, “gender identity” and “gender expression.” Social justice theory encourages people to view the world through the divisive lens of identity politics that demarcates groups according to which group constitutes the “oppressors” and which the “oppressed.” Those who are identified as the “oppressors” need not have committed any acts of actual persecution or oppression, nor feel any sense of superiority toward or dislike of the supposed “oppressed” class. The theory illogically promotes the idea that “institutional racism,” as opposed to actual acts of mistreatment of individuals by other individuals, is the cause of differing lots in life. Social justice theorists cultivate the racist, sexist, heterophobic stereotype that whites, males, and heterosexuals are automatically oppressors.

“Today the gravest threat to American public education comes from educators who would use the classroom to indoctrinate students from kindergarten through the 12th grade in radical ideology and political agendas.

Much of this indoctrination takes place under the banner of “social justice,” which is a short-hand for opposition to American traditions of individual justice and free market economics. Proponents of social justice teaching argue that American society is an inherently “oppressive” society that is “systemically” racist, “sexist” and “classist” and thus discriminates institutionally against women, non-whites, working Americans and the poor…. In recent years teaching for social justice has become a powerful movement in American schools of education…”

The solution begins with us—with a spiritual transformation. Our own self-indulgence—indulging our laziness and fear—has resulted in vulnerable, impressionable young children being exposed to positive views about the sins of homosexuality and cross-dressing. Our passivity has allowed those who hold distorted views of America to cultivate anti-American sentiments in our nation’s children.

Everyone who remains silent in the face of this unconscionable educational travesty bears some measure of guilt.

We must start with the willful cultivation of those character traits required for the task at hand: courage, boldness, perseverance, and a willingness to endure persecution.

Scripture teaches that “Blessed are those who are persecuted because of righteousness, for theirs is the Kingdom of Heaven. Blessed are you when people insult you, persecute you and falsely say all kinds of evil against you because of Me. Rejoice and be glad, because great is your reward in heaven, for in the same way they persecuted the prophets who were before you” (Matt. 5: 10, 11). Despite this clear teaching of Christ, many Christians retreat from even the mildest manifestations of persecution.

Books taught in many schools:

The Laramie Project by Moises Kaufman

Angels in America: A Gay Fantasia on National Themes by Tony Kushner

The Color Purple by Alice Walker

The Handmaid’s Tale by Margaret Atwood

The Misfits by James Howe

The Perks of Being a Wallflower by Stephen Chbosky

Additional books are listed at:

Film recommended by the Southern Poverty Law Center’s educational division’s, “Teaching Tolerance”: Bullied: A Student, a School and a Case that Made History.

We need to insist that our public schools fulfill their commitments to honor diversity, to challenge assumptions and beliefs, to pursue intellectual inquiry, and to cultivate critical thinking skills.

If, on the other hand, schools oppose censorship, then they must not censor the writing of scholars who articulate conservative views of homosexuality and Gender Identity Disorder or those who criticize “social justice” theory.

All concerned taxpayers should be involved in the effort to effect change in public schools. Our taxes are paying the salaries of educators and are used to purchase materials that disseminate destructive ideas to children. We must assume responsibility for the ways in which our money is spent.

Concern for both the temporal and eternal lives of children—for their hearts, and minds, and bodies—should compel us to work tirelessly for truth.

We must remember that the children in public schools today will very shortly be our culture-makers. If we care about the future health of America, we should participate in the effort to restore a proper understanding of the role of public educators and the scope of public education.

Questions for Sex-Eradicationists, Lawmakers, and School Leaders
b
a
x
r