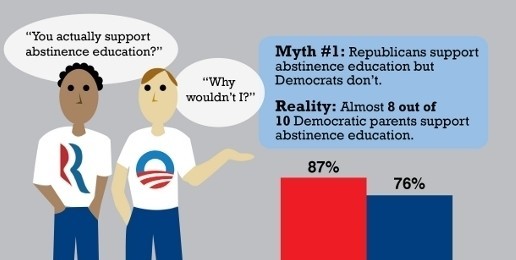 Our relentless “progressive” lawmakers hell-bent on the early sexualization of children and the exploitation of public schools to normalize homosexuality have re-introduced the comprehensive sex ed bill (HB 2675), which if passed will foist on all schools the kind of sex ed program recently adopted by the Chicago Public Schools.

Several weeks ago, Chicago Public Schools (CPS) unveiled its troubling new plan to further usurp parental rights while promoting “progressive” beliefs about sexuality to children—starting in kindergarten.  Yes, you heard that right. Not only do kindergartners need to start learning about sex, but they need to start learning about it from government employees. Parents are being deceived into believing that “progressive” educrats, whose ideas and socio-political goals are shaped by organizations like the Gay, Lesbian and Straight Education Network (GLSEN) and Planned Parenthood, know better than parents do about what their children need to know and when.

“Progressives” in public school are deceitful. Knowing how controversial this curriculum will be, CPS educrats whitewashed the curriculum with ambiguity and buffed it to a shiny glow with a patina of legislative credibility.

The CPS announcement cunningly implied that the new “sexual health education policy” aligns with state law. The announcement on the CPS website states that the curriculum “follows proposals that have been introduced in the state Legislature that aim to modernize Illinois’ sex education law and create a standard for sexual health education courses.” This statement is technically accurate, but to be even more rigorously accurate, it should have stated that “the curriculum follows a bill that was proposed and failed in the legislature.”

The CPS is trying to gussy up their mission to sexualize young children and undermine traditional views of homosexuality by using vague language about “accuracy” and “appropriateness.” Remember, however, when it comes to sexuality, there’s very little that the Left believes is inappropriate.

Public statements on this newly adopted sex ed plan for Chicago Public Schools have been long on generalities and short on specifics. CPS CEO Barbara Byrd-Bennett stated that “students of all ages” should receive “appropriate information so they can make healthy choices in regards to their social interactions, behaviors and relationships” and that the new “sexual health education policy” will help students “build a foundation of knowledge.”

The CPS press release explained that “younger students in this group will focus on the family [and] feelings.” Parents should be alarmed whenever a school administrator issues a statement of such obvious ambiguity. Use your imaginations. What might a sex ed discussion on “family” and “feelings” actually address? It is likely that starting in kindergarten, not only will children will be introduced to disordered family structures (i.e., families headed by homosexuals) and told they are normal and good, but they will also be introduced to the idea that “gender” is constructed by society. This paves the way for teaching kids positively about gender-confusion (and cross-dressing), which will likely take place in grades 3-5.

It is not the obligation of public schools to teach about every sexuality-related phenomenon that exists, and it neither the obligation nor the right of public schools to affirm every phenomenon, including phenomenon like homosexual relationships that many believe are immoral. Every parent should opt their child out of all sex ed classes. Teach your kids about sexuality at home. Those who will be teaching these classes will not be experts in child development, psychology, ethics/morality, theology, and biology—all of which subjects are critical to education on sexual health. Those who teach sex ed will, however, have been inculcated with non-factual “progressive” beliefs about sexuality, beliefs that are awash in ignorance.

The CPS will not be alone, at least not if our “progressive” lawmakers have anything to say about it.

New bill number (HB 2675), same lousy content. Let’s just call it the Zombie Bill—rotten on the inside but still shuffling about trying to infect society.

“Choice,” the mantra of the Left, is exactly what our “progressive” lawmakers seek to take away from every Illinois community when it comes to sexuality education. Our Leftist lawmakers in Springfield want to force comprehensive sex ed curricula on every community while never providing a shred of evidence proving that comprehensive sex ed will solve the problems Sen. Steans originally introduced her bill to solve.

Constituents should demand their representatives provide substantive and satisfying answers to these questions:

Take ACTION:   Click HERE to send an email or a fax to your state representative to ask them to vote NO to the “comprehensive” sex education mandate in Illinois.  Unless and until your representatives satisfactorily answer these questions, urge them to vote no on HB 2675.