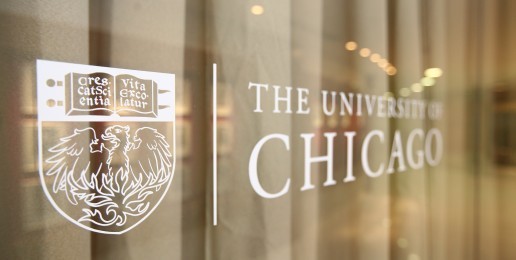 Another glorious Easter has come and gone, a day during which Christians celebrate the resurrection of Christ with friends and family. Try as they might, Universityof Chicago Law Professor Geoffrey Stone and the editorial board of the Chicago Tribune couldn’t dampen the spirits of those who know that the work of Christ on the Cross is finished.

But Stone’s op-ed piece and the decision of the Trib’s editorial board call for a response.

Stone’s op-ed titled “The crazy imaginings of the Texas Board of Education” seeks to warn an unsuspecting America that there is “a coterie of Christian evangelicals who are attempting to infiltrate our educational system to brainwash our youth.” His fretful missive was prompted by the Texas Board of Education’s efforts to restore balance to the teaching of American history after decades of successful “progressive” efforts to erase from history and the minds of children the place of faith in the founding of America.

Regarding the Trib’s calculated decision to publish this gigantic op-ed piece — I mean physically gigantic — I can only ask: Really — on Easter Sunday? Your coterie of editors had a confab to decide when to publish an op-ed piece that they had to know would offend conservative Christians and decided, yes, Easter Sunday is the best day to publish it.

(Commentary editor (Marcia Lythcott) contacted me the day before my commentary was published in the Trib and explained that the decision to publish Geoffrey Stone’s op-ed on Easter was hers alone, and she asked me if I wanted to change my sentence about the decision-making process. I revised it and sent her this:

“Commentary editor Marcia Lythcott ruminated about when to publish an op-ed piece that she had to know would offend conservative Christians and decided, yes, Easter Sunday is the best day to publish it.”

When my commentary appeared in the Tribune, this sentence was omitted.)

If I weren’t compelled to subscribe to the Tribune for professional reasons, this would be the camel-back-breaking event for me.

And now for Stone’s piece, yet another in his steady stream of irritating op-eds.* For those who may be unfamiliar with Stone, he is the law professor who loves to promote his daughter’s lesbian inclinations and thinks all of America should do likewise, and who thinks America is a better place with partial-birth abortion widely available.

Stone believes that “most of the Framers did not put much stock in traditional Christianity. As broad-minded intellectuals and skeptics, they viewed much of religious doctrine as divisive and irrational, and they challenged, publicly and privately, the dogmas of conventional Christianity.” Stone could be accused of cherry-picking his quotes to bolster his thesis that America is not a nation founded on Judeo-Christian principles. Here are the quotes Stone chose:

Stone evidently forgot these words, which might have been helpful in maintaining the accuracy that Stone seems to desire:

It’s interesting that Stone in all his paranoid handwringing about the “infiltration” of education by a coterie — or did he mean “cabal” — of Christian evangelicals is apparently unconcerned about the use of Howard Zinn’s The People’s History of the United States to teach American history — a book that is roundly criticized for both its bias and its antipathy for America.

Dr. Gary Scott Smith, who chairs the history department at Grove City College and wrote the book Faith and the Presidency: From George Washington to George W. Bush (Oxford University Press, 2009) offers a slightly different view than Stone — who is not a historian. Dr. Smith explains that the truth about the religious views of America’s founders falls somewhere in between the view that “most of the founders were devout Christians who sought to establish a Christian nation,” and the view that “most founders were deists who wanted strict separation of church and state.”

Two recent books edited by Daniel Dreisbach, Jeffry Morrison, and Mark David Hall…explained the religious backgrounds, convictions, and contributions of numerous founders. They show that many who played leading roles in the nation’s Declaration of Independence, the Continental Congress, and the devising and ratification of the Constitution were devout Christians, as evident in their church attendance, commitment to prayer and Bible reading, belief in God’s direction of earthly affairs, and conduct….

A third book, which is currently being written, will explain how the faith of Congregationalist John Hancock, Quaker John Dickinson, Presbyterian Elias Boudinot, and Episcopalian Charles Pinckney, and others helped shape their political views, policies, and practice. Abigail Adams and Catholics Charles Carroll, Daniel Carroll, and John Carroll also were dedicated Christians. Moreover, Jay, Boudinot, Pinckney, and numerous other founders served as officers of the American Bible Society.

Even many of those often labeled as deists — Washington, Franklin, Adams, Jefferson, Madison, and Alexander Hamilton — do not fit the standard definition of deism, which asserts that after creating the world, God has had no more involvement with it. Deism views God as a transcendent first cause who is not immanent, triune, fully personal, or sovereign over human affairs. All of these founders, however, repeatedly discussed God’s providence and frequently affirmed the value of prayer. Their conviction that God intervened in human affairs and directed history has led some scholars to call these founders “warm” or “enlightened” deists, but these terms seem like oxymorons. A better label for their position is theistic rationalism….Those espousing this perspective believed in a powerful, benevolent Creator who established the laws by which the universe operates. They also believed that God answered prayer, that people best served Him by living a moral life, and that individuals would be rewarded or punished in the afterlife based on their earthly deeds. Only a few founders, most notably Thomas Paine and Ethan Allan, can properly be called deists.

Despite their theological differences, virtually all the founders maintained that morality depended on religion (which for them meant Christianity). They were convinced that their new republic could succeed only if its citizens were virtuous. For both ideological and pragmatic reasons, the founders opposed establishing one denomination as a national church. However, they provided public support of Christianity through various means, including establishing Christian denominations at the state level, passing state laws restricting public office holding to Christians and punishing blasphemy, issuing proclamations of thanksgiving to God and calls for fasting, using federal money to finance missions to Indians, and permitting Christian congregations to use governmental facilities, both at the state and federal level, for their worship services.

While we must be careful not to overstate the role of religion in the founding of our nation and the Christian convictions of the founders in textbooks or public discourse, the tendency in many scholarly circles has been to ignore or discount these matters.

*Over the past few years, the Tribune has carried numerous op-eds from Stone: