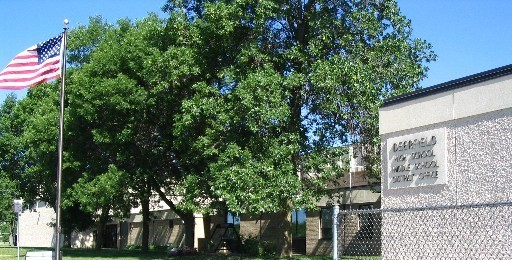 The week before the Illinois Senate was scheduled to vote on a bill to legalize same-sex “marriage,” student members of the Straight and Gay Alliance (SAGA) at Deerfield High School sent this email to every staff and faculty member:

This Valentines Day, the United States [sic] Senate will be voting on whether or not to pass legislation that would make same-sex marriage legal in Illinois. No matter which way the vote ends up going, it is safe to say that this will be a historic day in the LGBT movement. Your students in DHS’s Straight and Gay Alliance would like to invite you to a school-wide event in which all supporters of marriage and civil equality for LGBT people wear purple apparel; a color that symbolizes allies and togetherness in the movement. It doesn’t matter if it’s a purple bowtie, necklace, skirt, or SAGA t-shirt (we will be selling more if you’re interested in purchasing one). For those of you who are either required to wear a certain color or you don’t have any purple clothes then please feel free to come up to a SAGA student in either entrance of the school tomorrow to get a purple ribbon you can wear as a bracelet. Any of your support is greatly appreciated.

The members of SAGA are excited to see the future changes in our own community due to this legislation. We can honestly say that there is no one who we trust more to support and guide the ensuing generations through this exhilerating (sic) and challenging time than the Deerfield High School faculty and staff. Thank you for all of your generosity and support.

Your students in SAGA (emphasis added)

Many teachers did wear purple in support of this controversial and divisive legislative proposal.  I suspect the school did not notify parents and other taxpayers of this organized political event involving district employees during school.

What should deeply trouble taxpayers is that District 113’s School Board policy permits district employees to participate in political activity “relating to the support or opposition of any executive, legislative, or administrative action.” And why is that troubling? Besides the obvious truth that only “progressive” teachers will promote their political beliefs at school, this policy appears to be inconsistent with case law regarding the rights of teachers to engage in speech—including symbolic speech—while on the job.

When I first learned of this employee political action, I spoke with an attorney who told me the following:

School officials who wear something purple on Thursday would be engaging in expressive conduct while performing official duty. The school club email to the entire faculty has identified what wearing purple expresses.

A 2006 SC case, Garcetti v. Ceballos, held that “when public employees speak while performing their official duties, (i.e., “job duty speech”), this speech is not protected by the First Amendment and can be the basis for discipline or discharge.”

This position is confirmed in a 2008 article by Dr. Martha McCarthy, the Chancellor’s Professor and Chair of Educational Leadership and Policy Studies at Indiana University:

In…Weingarten v. Board of Education, a federal district court upheld the school district’s ban on employees wearing political buttons at school….The New York court ruled that students might view the political buttons as representing the school if worn by employees. This ruling is consistent with other decisions in which state and federal courts recently have upheld bans on teachers wearing buttons to promote political candidates or to criticize the United States and its involvement in Iraq and Panama.…

Controversies over political expression extend beyond distributing materials and wearing buttons. The Seventh Circuit in 2007 held that a probationary teacher’s expression of her opposition to the war in Iraq during a current events discussion with her students was not constitutionally protected. Also, a New York federal district court held that in an election year, a school district could require a teacher to remove the incumbent president’s picture from her classroom or to post the opposing candidate’s picture to ensure balance.

…While public educators have an absolute right to their political, religious, and other beliefs, they do not have a right to impose those beliefs on students. Thus, restrictions on public employees’ political activities in the classroom will likely be upheld if legally challenged. (emphasis added)

Prior to the day of the SAGA-sponsored political event, I asked Superintendent George Fornero if teachers would be permitted to wear purple on the day of the controversial legislative vote. He didn’t respond, so I sent this email to Fornero and the District 113 Board of Education:

Am I correct that staff and faculty may express their political views on legislative issues? Do teachers have permission to wear, for example, arm bands, bracelets, t-shirts, spats, or purple as part of an organized effort to express support for (or against) proposed legislation?

I would also like to know how the school board policy cited above squares with case law which consistently holds that teachers do not have a constitutionally protected right to engage in political activity while on the job.

I am writing to follow up on your inquiry with regard to the color of clothing worn by staff and faculty. Clothing color is a matter of personal choice, and may or may not be a reflection of person’s support for any particular public policy issue. I have no idea whether staff wore purple two weeks ago and, if they did, why they did so….The School District does not restrict the color of clothing that staff may wear on any particular day, although there are days when staff may be encouraged to wear school colors. There were no restrictions, no directives and no administrative communication to staff with regard to the color of clothing they could choose to wear on Valentine’s Day.…

The issues relating to the first amendment rights of public employees, and the rights of governmental entities to place limits on that speech in the workplace are complex and, as the article you quoted makes clear, regularly being interpreted and reinterpreted by the courts. The policy that is posted on the website is the Board’s current policy, which would govern these matters in our District. We would evaluate any actual situation based on the facts that related to that particular situation…

Fornero’s obfuscatory response is the kind of response that gives politicians and bureaucrats a bad name. He had no idea whether employees wore purple on the day of the same-sex “marriage” vote? Really?

Further, Fornero apparently expected me to believe that dozens of district employees just happened to wear purple on the day that SAGA members requested they wear purple in support of a controversial public policy issue. If I didn’t already know that he struggles with honesty, I might feel insulted by his apparent presumption that I am either stupid or gullible.

And is Fornero suggesting that the administration will “evaluate” each situation to determine which political issues teachers can express support for or opposition to?

Is this what we want in our public schools? Do we want teachers to promote their political views while on the government dime? Do we want teachers to exploit their access to our children to try to shape their moral and political beliefs? How do conservative students feel when the teachers who assign their grades have announced their political views on this, perhaps the most controversial topic in the country? And what would administrations and school boards think if an equal number of teachers wore paraphernalia in support of retaining sexual complementarity in the legal definition of marriage? Dueling t-shirts, what a great pedagogical concept.

Every taxpayer in every community should ask their administrators and/or members of their school boards if teachers are permitted to express their views on political issues while on the job,  including through symbolic speech like wearing buttons, armbands, bracelets, t-shirts—or the color purple.

Take ACTION:  Click HERE to send an email to to Superintendent Fornero, Principal Audris Griffith and the seven members of the District 113’s Board of Education.