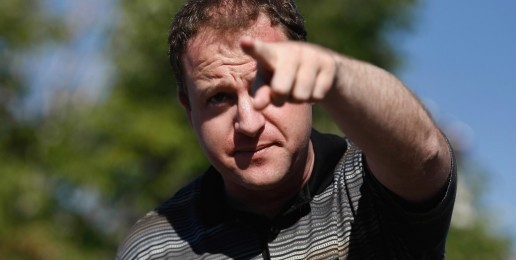 Many people who live in more conservative communities, for example, in the Midwest and South or rural communities, have been complacent regarding the presence of homosexuality-affirming resources and activities in their schools. They naively assume that their values and beliefs will be reflected in what takes place in their schools. They wrongly assume that resources and activities that espouse “progressive” ideas about the nature and morality of homosexuality and Gender Identity Disorder will affect only urban and “progressive” communities.

But those naïve assumptions and subsequent complacency on the part of conservatives are ill-advised. There are many liberal, pro-homosexual activist organizations working at a fever pitch to use all public schools to undermine the truth about homosexuality. Then there are the departments and schools of education that train the nation’s teachers to be “agents of change,” who will use their power and position to shape the moral and political views of other people’s children. And just recently a truly shocking piece of federal legislation was proposed by openly homosexual U.S. Representative Jared Polis (D-CO).

This bill is called the Student Non-Discrimination Act (H.R. 4530). It would prohibit “public school students from being excluded from participating in, or subject to discrimination under, any federally-assisted educational program on the basis of their actual or perceived sexual orientation or gender identity,” and it “Authorizes federal departments and agencies to enforce these prohibitions by cutting off the educational assistance of recipients found to be violating them.” (Click HERE for a summary of this bill.) Schools would be prohibited from treating the objective biological fact of a student’s sex as if it had objective status. It would render the act of making common sense distinctions between boys and girls illegal. Would this mean that high schools that receive federal funds would be prohibited from excluding a boy who wishes he were a girl from participation in, for example, girls’ sports?

Furthermore, this bill, which has 70 co-sponsors, all but one of whom are Democrats, applies not only to high schools but to elementary schools as well.

As federal legislation, it would rob communities of the right to control their own schools.

This legislation is not about preventing bullying. Every school in this country already has policy written that expressly prohibits bullying and harassment. The goal of this legislation is to impose the following rules and unproven, non-factual assumptions on all publicly subsidized schools:

Because of the efforts of parents of a boy who self-identifies as a girl, an elementary school inMainewas ordered to allow this boy to use the girls’ restrooms. Subsequently, the Maine Human Rights Commission created guidelines to ensure that all schools be similarly required to violate the privacy rights of all children by accommodating the gender confusion of a very small number of students. The Christian Civic League of Maine offers some portentous insight into how this proposed legislation will play out:

[G]ay activists have disclosed new state guidelines requiring schools to allow young children to have access to facilities of the opposite sex. Under the proposed guidelines, boys who self-identify as female will have access to girls’ sports teams and cheerleading squads, girls’ bathrooms, and girls’ locker rooms….

Although the recommendations are offered to public schools, colleges, and other educational institutions in the form of ‘guidelines,’ schools which violate the ‘guidelines’ will be brought before the Commission, and may be subject to further legal action.

The Christian Civic League of Maine believes that these new ‘guidelines’ are not merely an error in judgment on the part of the MHRC. Rather, they represent the latest effort by the homosexual lobby to impose their confused views of human sexuality on society at large. The homosexual lobby has obtained its goals by a strategy of incrementalism, taking an inch of ground at a time in the expectation that society will someday capitulate entirely.

But the latest demand by the homosexual lobby is quite intolerable, having sunk to the level of an impossible absurdity. Gay activists are now demanding that young girls believe and publicly acknowledge that a biological boy in their locker room is, in fact, a girl. Gay activists are now demanding that their own private mental delusions about sex be accepted as public policy. By issuing this demand, radical homosexual activists are asking all of us to participate in a form of collective moral insanity, a mass delusion spread by the homosexual lobby.

Adoption of this policy would mean that every parent of students in that school would have to explain to their young children why a boy is using the girls’ bathrooms. Parents would have to teach their six-year-old girls about a pathological disorder about which no little girl should be taught. And young children would have both their innocence and their privacy rights violated.

A cursory look at the organizations that are over the moon about this legislation should be sufficient to alarm even the most complacent Americans:

According to the homosexual online magazine, D.C. Agenda, U.S. Representative Jared Polis is “planning to push for inclusion of his legislation as a component of the Elementary and Secondary Education Act authorization bill.”