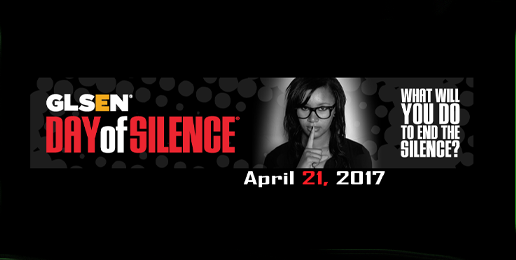 According to a survey conducted by Harris Poll on behalf of the Gay & Lesbian Alliance Against Defamation and a survey from the Public Religion Research Institute, there is a marked increase in millennials “identifying” as bisexual or as other  peculiar sexual “identities.”

These surveys raise a critical question: Do these statistics reflect the eradication of destructive social taboos that prevented bisexuals, “transmen” (i.e., women), “transwomen” (i.e., men), “agender,” “gender fluid,” and “gender expansive” persons from publicly revealing their “authentic” selves, or do these statistics reflect the indoctrination of millennials who have had transgressive ideas poured into them from virtually every cultural institution since their births—including their public schools—and as a result are behaving in self-destructive ways that accord with this poisonous sexual ideology?

IFI believes that unrelenting indoctrination has led us to this place in which our young people are engaging in body and soul-destroying actions that they view as freedom. What makes this all the more shocking and tragic is that our taxes subsidize this destruction through our government schools.

One of those activities now reaches into thousands of high schools and increasing numbers of middle schools. It’s called the Day of Silence, and it takes place in most schools this Friday, April 21. The Day of Silence is an indoctrination day that exploits legitimate anti-bullying sentiment to eradicate disapproval of homosexual activity and the “trans”-cult movement or to make it socially impossible to express such disapproval.

The Day of Silence is a political event sponsored by the Gay, Lesbian and Straight Education Network (GLSEN) that urges students (and teachers) to refuse to speak for an entire school day, including during class time, in order to draw attention to the plight of students who “identify” as homosexual or as persons of the opposite sex. In other words, students are encouraged to hijack instructional time and exploit a captive audience (i.e., their peers) to advance their subjective beliefs about sexuality. GLSEN offers a panoply of instructions to students on how to plan and implement Day of Silence in their schools and to teachers on how to turn their classrooms into indoctrination seminars.

A national coalition of conservative pro-family organizations is urging parents to contact their children’s schools and ask an administrator this question: Do you permit students and/or teachers to refuse to speak on the Day of Silence?

If the answer is evasive or “yes,” keep your child or children home from school. Many schools lose money for each student absence and in most cases, money talks more loudly to school administrators than does reason.

The ACLU has publicly stated that students have no legal right to refuse to speak on the Day of Silence if teachers ask them to speak, so conservative teachers should plan activities that require student participation. For years now, in many schools teachers have been accommodating student-refusal to speak by planning lessons that permit silence or permit students to write out responses. It’s time for conservative teachers to actively oppose GLSEN and reclaim the classroom for sound education.

Some conservative parents argue that rather than keeping children out of school on the Day of Silence, Christians should keep their kids in school and encourage them to “dialogue” about homosexuality.

As I wrote two years ago, I believe the real motive for this foolish and anemic proposal is to find some sort of defense for inaction. Some Christians are desperate to rationalize compliance and conformity. I say “inaction” because almost no Christian kids will do this, nor should they be expected to.

Children and teens are not missionaries. It’s not their job in school to teach ethics or engage in apologetics. I’m not suggesting that children and teens shouldn’t do these things. I’m arguing that these are the years that children and teens should be trained up in the way they should go. Their formal educational contexts should not be places of emotional intimidation, political indoctrination, and affirmation of falsehoods as truth. Are they emotionally, spiritually, and intellectually equipped to do that? How many of their parents are emotionally, spiritually, and intellectually equipped to debate issues related to gender dysphoria and homosexuality? Sound, holistic education and training precede the mission field.

Children and teens are vulnerable to false ideas and the influence of charismatic and cunning teachers.

Children and teens already have more than enough to contend with during this emotionally turbulent time of their lives, including family breakdown and dysfunction, economic pressures at home, academic challenges, athletic pressures, peer conflict, substance abuse, and eating disorders. They do not need to be confronted at school with the single most controversial issue dividing this nation and one which most adults—including our political and church leaders and parents—avoid like the proverbial plague.

Children and teens have as powerful a desire to fit in as their parents. Peer pressure and the prospect of ridicule and ostracism make countercultural witnessing to truth almost impossible for teens who are not yet fully mature. I would argue that the silence of adult Christians on these matters reveals that too few of them have matured much beyond adolescence emotionally, psychologically, or spiritually.

How many adult Christians are willing to speak truth about homosexuality in the public square or even in the private sphere to close family members or friends who may disagree?

How many parents, pastors, and priests show up at school board meetings to oppose the sexual integration of restrooms and locker rooms?

How many Christian lawmakers speak boldly (and articulately) in defense of true marriage; or against co-ed restrooms, locker rooms, and shelters; or against adoption by homosexuals?

How many Christian teachers speak out to colleagues or administrators in opposition to the dissemination of homosexuality-affirming resources or the refusal to balance curricula with resources from conservative scholars?

How many priests and pastors preach on homosexuality or gender confusion or teach on these topics in other contexts?

How many pastors, priests, and elders submit letters to the press on cultural issues related to homosexuality or co-ed locker rooms?

And yet some Christians expect Christian teens and children to do what adult Christians steadfastly refuse to do.

Here’s an idea for those who favor sending their young ones to school on the Day of Silence to dialogue with GLSEN’s disciples: Keep your children home from school this Friday, and then encourage them to dialogue about homosexuality and gender dysphoria on any of the other 185 school days.

For more information on what to do about the Day of Silence, click here.