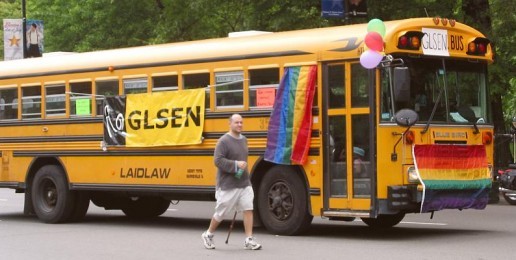 Two years ago, yet another “anti-bullying” law (HB 5290) was defeated in the Illinois Senate. It has now been resurrected by one of Springfield’s most troubling homosexual activist lawmakers, State Representative Kelly Cassidy (D-Chicago) as HB 5707.

Particular Illinois lawmakers seem to believe that it’s not possible for the government to do enough to eradicate beliefs with which they disagree—including the moral, philosophical, and political beliefs of other people’s children. The beliefs these lawmakers seek to eradicate are conservative beliefs on issues related to homosexuality and gender confusion.

Cassidy’s resurrected bill is not centrally about ending bullying, which is a goal all decent people share. Illinois already has a more than ample anti-bullying law, which passed in June, 2010 and was followed up with over 100 pages of implementation recommendations that appear on the Illinois State Board of Education website.

No, this bill is centrally about using government resources to advance the non-factual Leftist assumption that conservative morals beliefs are the hateful, ignorant cause of bullying.

The last time this politically motivated bill came around, the bill’s sponsors were asked (by even some potential Democratic supporters) to include an opt-out provision that would allow students and staff members to opt-out of any presentations that would espouse non-factual beliefs about the nature and morality of homosexuality that violated their consciences. IFI agreed to remain neutral on the bill, if this wording were added:

No student or school employee shall be required to attend or participate in any anti-bullying program, activity, or assembly that infringes upon free expression or contradicts personal or religious beliefs.

Liberal sponsors of the bill refused to toss even that shard of a bone to conservatives.

Here’s an excerpt from a piece I wrote two years ago when the previous incarnation of this bill was proposed:

Furthermore, HB 5290…would do nothing about the 20 school districts that have—in Cassidy’s view—“inadequate” policy. If these 20 districts have bullying policy, they are in compliance with existing law.

To illustrate that “anti-bullying” programs that address homosexuality or gender confusion (aka “gender identity” or “gender expression”) are centrally about promoting “progressive” notions about homosexuality, just replace “sexual orientation” (a Leftist rhetorical creation) with another condition constituted by subjective feelings and volitional sexual acts.

In addition to the indoctrination aspects of current “anti-bullying” efforts, there would be substantial costs associated with adopting the following recommendations in this bill:

Eight years ago, a purportedly “Catholic” colleague of mine in the writing center at Deerfield High School told me that she was so sure that conservative moral beliefs about homosexuality were wrong that she doesn’t think they should be allowed to be spoken in schools even as “progressive” views are espoused.

Bullying happens when one feels threatened physically or emotionally….[I]f “you” cause a gay kid to feel “less than” because of his/her sexuality and the expressions [and by expressions, Robinson means volitional behaviors] that will naturally result, then I say “you” are a bully and need to be called out. This is what it means to protect kids.

In the view of “progressives,” if student A says something that makes student B who identifies as homosexual feel “less than,” then student A is a bully.

That, my friends, is what liberal lawmakers and “educators” believe and seek to impose through laws and curricula.

While you’re going about the business of opposing this bill, please ask both proponents of this bill as well as your local school administrators and board members this question:

The question is not whether sponsors Kelly Cassidy, Greg Harris (D-Chicago), or Camille Lilly (D-Chicago) thinks it would happen, but rather whether it’s possible that it could happen.

And while you’re in a civic engagement mood, please send an email to your local high school and middle school superintendents, principals, and school board members asking these two easy-to-answer questions:

If they answer “no” to both questions, ask them how they communicate that message to teachers. If you get a response, please send it to IFI.

The New Bullying Amendment Exposed
b
a
x
r