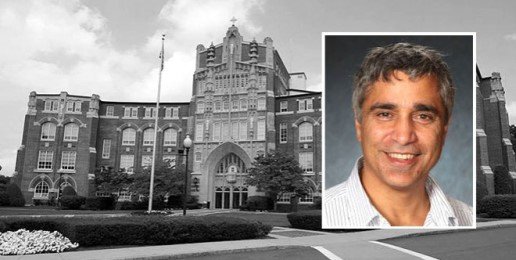 The snowflake metaphor for Millennials who quash speech they don’t like seems particularly inapt. These petulant ruffians are more like jackhammers.

Snowflakes are delicate, silent, complex, singular, ineffably beautiful, and naturally occurring. They fall from the sky through no human intervention.

In contrast, jackhammers are brute, noisy, simplistic, uniform, and ugly creations of man that destroy the seemingly indestructible foundations of the buildings in which we live and the solid paths on which we trod.

Millennials who stomp through the streets, smashing windows and shouting obscenities and witless slogans to protest the expression of ideas they don’t like from Ann Coulter, Heather MacDonald, and Charles Murray are not snowflakes. They’re jackhammers.

They aren’t hurt or offended. They’re outraged at the audacity of anyone who dares to utter ideas with which they disagree. They’re poseurs. They don’t need safe spaces, therapy dogs, coddling or mollycoddling. And they know it.

These fake victims/real jack hammers are the ugly, noisy, brute creations of a Frankensteinian culture. Who is our Victor Frankenstein? Victor is our schools, our heterodox churches, our professional mental health communities, and our storytellers (that is, Hollywood).

Many are aware of the jackhammering of presentations by Coulter, MacDonald, and Murray because those attacks on the First Amendment have been well-covered by FOX News. A lesser known attack was perpetrated against the inestimable scholar Anthony Esolen, who until last week taught at Providence College (aptly called PC), a supposedly Catholic college in Rhode Island. Writing on Public Discourse, Michael Bradley, a graduate student in theology at the University of Notre Dame, offers this description http://www.thepublicdiscourse.com/2017/03/18900/ of Dr. Esolen, a prolific writer who contributes to Crisis and Touchstone magazines:

Anthony Esolen is the contemporary incarnation of GK Chesterton. The simple and beautiful prose, the acute diagnostic precision, the commonsense appeal to and on behalf of everyday things, the recipe for renewal—all these things Esolen shares with Chesterton, the preeminent cultural physician of the early twentieth century. Like Chesterton, Esolen bluntly identifies our problems. And like him, Esolen’s solution centers on God and faith, learning and virtue, and a robust sense of human nature.

What, you may be wondering, so incensed the jackhammers at this tiny Catholic-in-Name-Only (CAMO) College that camouflages itself as a Catholic school and lies in wait for unsuspecting Catholic students? Here is an excerpt from the essay Dr. Esolen wrote about intellectual diversity at PC for the Catholic magazine Crisis that got the jackhammers’ motors roaring:

[T]here is no evidence on our Diversity page that we wish to be what God has called us to be, a committedly and forthrightly Catholic school with life-changing truths to bring to the world. It is as if, deep down, we did not really believe it. So let us suppose that a professor should affirm some aspect of the Church’s teaching as regards the neuralgia of our time, sex. Will his right to do so be confirmed by those who say they are committed to diversity? Put it this way. Suppose someone were to ask, “Is it permitted for a secular liberal, at a secular and liberal college, to affirm in the classroom a secular view of sex and the family?” The question would strike everyone as absurd. It would be like asking whether we were permitted to walk on two feet or to look up at the sky. Then why should it not also be absurd to ask, “Is it permitted for a Catholic, at a college that advertises itself as Catholic, to affirm a Catholic view of sex and the family?” And I am not talking merely about professors whose specific job it is to teach moral philosophy or moral theology. I am talking about all professors.

In my now extensive experience, Catholic professors in Catholic colleges have been notably tolerant of the limitations of their secular colleagues. We make allowances all the time. We understand, though, that some of them—not all, but then it only takes a few—would silence us for good, if they had the power. They have made life hell for more than one of my friends. All, now, in the name of an undefined and perhaps undefinable diversity, to which you had damned well better give honor and glory. If you don’t—and you may not even be aware of the lese majeste as you commit it—you’d better have eyes in the back of your head.

In response, students protested on campus and created a petition signed by students and 40 faculty members in which they pledged to break the silence surrounding the allegedly hateful statements Dr. Esolen made.

I kid you not. Campus Leftists claimed that campus Leftists have been silent about matters related to “diversity” in general and homosexuality in particular.

Worse still the administration refused to meet with Dr. Esolen and a group of other Catholic professors to discuss the issues surrounding diversity (or the lack thereof).

We should by now see the danger in the “hate speech” ideology. Hatred has been redefined to mean absence of  affirmation of all the desires, beliefs, and actions of culturally favored elites. Hatred no longer denotes antipathy toward persons but disagreement with moral claims. To be more accurate, it means disagreement with “progressive” moral claims.

Once hatred was redefined, the Left needed to persuade society that hatred leads to acts of violence via words and then persuade them that acts of violence can be prevented only by banning the hateful words that Leftists claim lead ineluctably to hateful deeds. Voila! The First Amendment is “disappeared.”

Jackhammers believe that if the claim that homoerotic activity is immoral and destructive to individual lives and the public good is spoken, then someone may, in response, say or do ugly things to those who identify as homosexual.

Jackhammers are right. Someone may do something ugly. And whenever jackhammers express the idea that all who hold homoerotic activity as perverse are hateful haters, someone may say or do something ugly to those purported haters. There’s no way to escape or prevent all the dastardly deeds that fallen human beings commit. That’s why we have laws: to prevent and penalize egregiously harmful deeds.

But our Founding Fathers rightly saw that the suppression of speech poses a far greater danger to individuals and the public good than does the abuse that some humans may engage in as a result of hearing ideas.

The mellifluous-sounding babble that has been pouring out of the professional mental health community, our pseudo-educational government  school industry, mainline churches, and Hollywood has taught that self-esteem can grow only when sinful humans are affirmed in their sinful choices and their ids are fed and watered. If we want a metaphor from nature for the juveniles who attack a man of such integrity, wisdom, courage, and intellectual depth as Dr. Esolen, it would not be snowflakes. What we have grown in our cultural hothouses are prickly, unlovely weeds who are taking over the well-tended gardens of civilization.

“Progressives” believe that if we ban the expression of ideas that don’t tickle the ears of “progressives,” we will create utopia. But what about those words that are expressed in print or virtual print? If people shouldn’t be allowed to speak ideas “progressives” find undesirable, why should they be allowed to have them published or posted?  And what about the phenomenon that precedes even speech: thoughts. Just imagine if liberals could find a way to access those.

The good news is that God has worked some ugly things at Providence College together for good for Dr. Esolen, which he describes in a recent heart-melting essay in Crisis Magazine from which this excerpt is taken:

Sometimes a single encounter with what is healthy and ordinary…is enough to shake you out of the bad dreams of disease and confusion. If it isn’t quite yet like meeting Saint Francis on the road, it is like meeting a bluff and jovial fellow who has just come from a conversation with that great little man of God.

I’ve had such an encounter, at Thomas More College, in New Hampshire.

Dr. Esolen’s describes his encounter with devotion to God and love of beauty and truth among both students and faculty at Thomas More College, which led to his decision to leave his tenured position at Providence College for a new position at Thomas More where he will teach and help found a center dedicated to furthering the college’s mission “to wed virtue and scholarship, contemplation with cultural engagement”:

I have countless memories of fine students at Providence College, some of whom are now my close friends; and to my colleagues in Western Civilization—of whom many have retired and some have passed away—I owe a debt I can never repay, for their friendship and support and instruction. But I am too old to want to spend the evening of my career trying to shore up a crumbling wall, when those who are in authority at the college are unwilling to listen to our pleas, or even to meet with us so that we can make the pleas in person….

No, I’d prefer to be in on building something exciting for the Church and for sheer ordinary humanity: The Center for Cultural Renewal, at Thomas More College.

A window shuts, and a door opens—or rather the very roof is blown off, and I see again, in their silent and ordinary beauty, the stars.

IFI was deeply blessed and honored to have Dr. Esolen as one of our banquet speakers two years ago.  To be edified by the man jackhammers tried to crush, watch this:

Freedom Versus Tyranny on Display

The Failure of Leftist Restraint
b
a
x
r