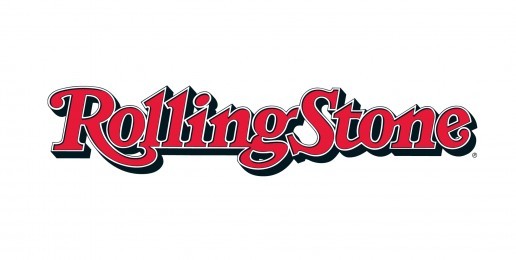 For the past couple of months, I have been working with a dedicated, courageous, and tireless community group from the Minneapolis suburbs: the Parents Action League (PAL). They live in the Anoka-Hennepin school district, which has been facing a relentless campaign by homosexual activists and their “progressive” allies to use their public schools to normalize homosexuality.

These activists pretend their ultimate goal is to end bullying, but only the naïve or ignorant believe that whopper.  The truth is that they are exploiting legitimate anti-bullying sentiment in order to implement their politicized anti-bullying programs, all in the service of achieving their ultimate goal: the eradication of conservative moral beliefs about homosexuality.

If they can’t achieve that doctrinaire goal, they will reluctantly settle for bullying conservatives into silence.  They will accept an America in which it is politically, legally, or socially impossible for conservatives to express the moral beliefs homosexual activists can’t eradicate, leaving homosexuals and their allies free to gambol about the public square with all  their  First Amendment rights intact–rights they seek to diminish for conservatives.

The current skirmish is turning into a battle royale, now that Rolling Stone Magazine has poked its huge proboscis into the fray with an outrageous piece of agitprop.  This exercise in faux-journalism shamelessly exploits a tragic series of teen suicides to malign the conservative community group by asserting with arrogant absolutist certainty that Evangelicals caused the suicide cluster.  The subtitle of the article includes these words: “evangelicals have created an extreme anti-gay climate.”

And what evidence does writer Sabrina Rubin Erdely provide for her imputation of guilt to Evangelicals?  She points to the Anoka-Hennepin School Board-created policy that requires teachers to remain neutral in their curricula regarding the topic of “sexual orientation.”  The Sexual Orientation Curriculum Policy (SOCP) states that “Anoka-Hennepin staff, in the course of their professional duties, shall remain neutral on matters regarding sexual orientation including but not limited to student-led discussions.”

The SOCP, which is informally called the “neutrality policy,” has been challenged by homosexual activists and the teachers’ union, whose president, Julie Blaha, was surprisingly candid in publicly stating to the press and the school board that teachers should have the right to express their opinions on controversial issues in class.  That’s a remarkable and troubling public admission.

Of the many remarkable rhetorical abuses Erdely commits in her article, perhaps the most remarkable is that Erdely doesn’t even attempt to prove a direct connection between Evangelicalism, Evangelicals, or the neutrality policy and  bullying.

I wonder how many conservative teachers oppose the SOCP?  Conservative teachers know that even if the policy were eliminated, they would be hauled before administrative kangaroo courts if they dared speak their opinions on homosexuality.  They know that without such policy, homosexual teachers and their progressive colleagues are the only teachers who really enjoy the freedom to express their opinions, which transforms education into indoctrination. I’m guessing that conservative teachers appreciate policy that levels the pedagogical playing field; keeps emotionally charged, contentious subjects out of curricula; and helps keep their self-righteous and mouthy “progressive” colleagues in check.

Erdely revealed that, thanks to a district teacher (not named in her article) who contacted the Southern Poverty Law Center (SPLC), the malignant, money-grubbing, press-hungry SPLC is on the scene as well, suing the district.

Here are some thoughts and questions regarding the Rolling Stone hit piece:

[W]e have a responsibility to change our tactics….

Communicating about this crisis is complicated because the reasons a person attempts suicide are also complicated. Even talking about specific suicides online and in the media can encourage more deaths.

[T]here are ways of talking about suicide that could increase the likelihood of other at-risk people attempting to take their own lives.  This is because suicide is closely tied to psychological well-being.

When we draw direct lines from sexual orientation or bullying to suicide, it can influence someone who is at-risk to assume that taking your own life is what you’re supposed to do next if you are LGBT or bullied. This may not seem rational, but attempting to take your own life is an irrational act.

As a caring community, we can help avoid making suicide appear like a logical choice by putting distance between statements or stories describing instances of bullying and instances of suicide.

Another factor that increases risk is suicide contagion – the link between media reports and a person’s decision to attempt suicide. In other words, the more a story of a particular victim is out there, the more likely one or more people who are at-risk will also attempt suicide.

I hope readers will take the time to read Erdely’s article, in which she relies on the use of logical fallacies, including appeals to emotion, false cause, and ad hominem attacks, to manipulate her readers. I will grant this possibility: Perhaps she is unfamiliar with logic.

Clearly, Erdely is not concerned with ending teen suicide.  Her mission, pursued with messianic fervor, is to humiliate conservatives into submission by any unethical means necessary.  Christians in Minnesota and other school districts around the country must not cower in fear.

Teachers are employees of the government.  In that role, they have no right to affirm controversial moral beliefs, even if they believe that doing so will reduce the incidence of bullying.  There are ways to curb bullying without affirming controversial, non-factual moral (or political assumptions). Schools must ensure that teachers not exploit their government-subsidized employment to engage in moral or political philosophizing.

To prevent the kind of ideological propagandizing in which homosexual activists and their allies seek to engage in the classroom, policy must explicitly prohibit teachers from expressing their personal views on controversial issues.  In addition, policy must be written that requires teachers who use resources that embody or espouse one set of views on controversial topics to spend equal time studying resources written by scholars who espouse competing views. This is particularly important in English, theater, and social studies classes.

I hope that Anoka-Hennepin taxpayers, with or without children enrolled in schools, will join with the Parents Action League by appearing at their upcoming school board meetings, contacting school board members, and writing letters to their local press.  This is not a battle for the fainthearted, thin-skinned, or spineless.  But it is a battle worth fighting.

This article has been revised to reflect the following correction:

How Liberals Are Destroying Public Education: More on Rolling Stone Magazine’s War on Minnesota School District
b
a
x
r