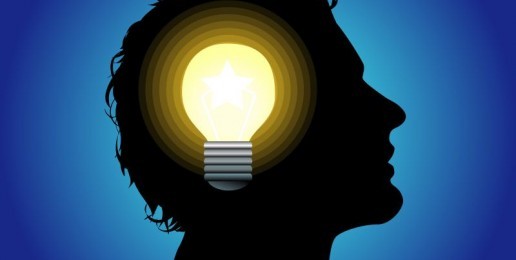 In a May 28, 2011 Wall Street Journal article, Bari Weiss said this about David Mamet, one of America’s foremost contemporary playwrights, who in the last few years has experienced a conversion to political conservatism of sorts.

Before he moved to California, Pulitzer Prize-winning playwright David Mamet had never talked to a self-described conservative.

Mamet said, “I realized I lived in this bubble.”

Weiss also reported that one of the basic truths Mamet realized is that “Real diversity is intellectual.”

Both the image of a person who has never talked to a conservative and the notion that real diversity is intellectual reminded me of one of the more pressing problems affecting public high schools: the absence of intellectual diversity on controversial topics.

A recent event at Stevenson High School in Lincolnshire, Illinois offers hope that public schools may someday demonstrate a genuine commitment to diversity without which they cannot foster critical thinking.

Stevenson High School’s school-sponsored club, Truth Seekers, hosted a debate between AP Biology teacher Brett Erdmann and AP Calculus teacher Neal Roys on the competing theories of Neo-Darwinian Evolution and Intelligent Design. This debate was followed by a lively Q & A. Approximately 70 adults, including both district employees and community members, and 250 students attended the debate.

Not only did administrators not place any obstacles in the path of club members who sought to hold this event, but they supported and facilitated the students’ efforts. In an email correspondence with IFI, Principal John Carter wrote that “We want students to be as prepared as possible to collect information from a variety of sources, critique that information, and come to their own educated conclusions.”

The debate received great response from our students and was a wonderful reflection of the hard work, dedication and passion of our teachers …. we do believe that students should have the opportunity to learn and study a diversity of topics including those that some might consider “controversial.” In fact, as a teacher in the Social Studies Division here at Stevenson, for many years I taught students intelligent design every semester in my World Religions class. Our Stevenson High School Vision Statement calls us to create a culture of inquiry and engagement with challenging academic material, the recent debate was a great opportunity to engage students in important and relevant dialogue.

Dr. Carter and Dr. Twadell expressed important sentiments that all schools endorse in words but many teachers ignore in practice. Instead of presenting students with the best resources from scholars on both sides of disputed topics, many teachers present resources from only scholars whose views line up with theirs and then when challenged about the imbalance, say, “Well, students are free to disagree.”

How can students intelligently disagree when they’ve studied works that espouse ideas from only one perspective? Students are entitled to have their views informed by the best thinking on both sides of controversial or disputed topics.

Stevenson’s website offers this description of the Truth Seekers Club which is as remarkable as the event it sponsored:

Truth Seekers explore topics that matter to students. So we start each semester with student nominations of topics. In a typical semester, students nominate 70 topics. Then we vote to narrow the list to the top 10. During a typical meeting, we explore the topic for the week through any of the following activities: Group Discussion, Video Clip, Guest Speaker, Informal Friendly Debate, Formal Debate, Hot Seat. Once per year, we organize a large venue event to which we invite all interested students, staff and community members.

The first requirement is to keep an open mind to the possibility that truth exists and can be found by those who diligently seek it out. The second requirement is that students agree to form a view of reality that is free from contradictions. Views of reality that contain contradictions will not hold water. Some students attempt to avoid rejection of a cherished yet contradictory world view by separating their beliefs into two non-overlapping realms: public and private. However, the contradiction, like acid, will burn a hole in the world view causing it to leak once again.

Naperville Central High School also has a Truth Seekers Club that is described “as a place for students to tackle hot-button issues that are often touched on in the classroom but unable to be given a full treatment due to lack of time, curricular restraints, or overall reticence to air out an issue deemed too controversial.”

On the topic of global warming, students watched both Al Gore’s An Inconvenient Truth and the BBC documentary The Great Global Warming Swindle. Students watched the film Demographic Winter, which challenges the dominant view that our world is threatened by overpopulation, and the films Indoctrinate U and Expelled: No Intelligence Allowed, which examine whether American universities are truly bastions of intellectual freedom and diversity.

Now, if only we could get all teachers to value intellectual diversity more than they value the promulgation of their own philosophical and political ideologies:

Every high school would be well served by having a Truth Seekers Club. Parents, if you have a teen who may be interested in a club like this, share this article with them. If either you or your child has more questions about Truth Seekers Clubs, contact the clubs’ advisors:

Combating the Politics of Fear
b
a
x
r