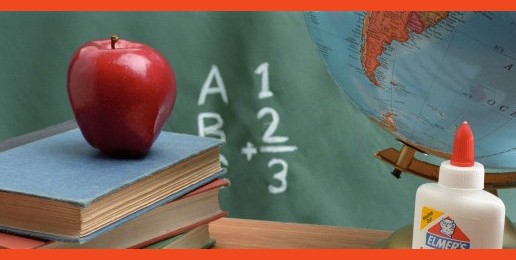 A recent essay by Allison Benedikt appearing in the online magazine Slate makes the startling claim that all parents have an ethical obligation to send their children to—hold on to your hats and socks—government schools. Well, that’s a summary of her argument in somewhat more diplomatic and less insulting language. Here’s what she actually says:

You are a bad person if you send your children to private school. Not bad like murderer bad – but bad like ruining-one-of-our-nation’s-most-essential-institutions-in-order-to-get-what’s-best-for-your-kid bad. So, pretty bad.

… [I]t seems to me that if every single parent sent every single child to public school, public schools would improve. This would not happen immediately. It could take generations. Your children and grandchildren might get mediocre educations in the meantime, but it will be worth it, for the eventual common good.

And parents have a lot of power. In many underresourced schools, it’s the aggressive PTAs that raise the money for enrichment programs and willful parents who get in the administration’s face when a teacher is falling down on the job. Everyone, all in.

I went K–12 to a terrible public school. My high school didn’t offer AP classes, and in four years, I only had to read one book. There wasn’t even soccer. This is not a humblebrag! I left home woefully unprepared for college, and without that preparation, I left college without having learned much there either. You know all those important novels that everyone’s read? I haven’t. I know nothing about poetry, very little about art, and please don’t quiz me on the dates of the Civil War. I’m not proud of my ignorance. But guess what the horrible result is? I’m doing fine. I’m not saying it’s a good thing that I got a lame education. I’m saying that I survived it, and so will your child.…

Also remember that there’s more to education than what’s taught. As rotten as my school’s English, history, science, social studies, math, art, music, and language programs were, going to school with poor kids and rich kids, black kids and brown kids, smart kids and not-so-smart ones, kids with superconservative Christian parents and other upper-middle-class Jews like me was its own education and life preparation. Reading Walt Whitman in ninth grade changed the way you see the world? Well, getting drunk before basketball games with kids who lived at the trailer park near my house did the same for me.

Whew, I’m relieved that Benedikt doesn’t find all those parents who send their children to Christian private schools to be the equivalent of murderers.

Exiting or banning private schools will never be the solution to what ails America. The solution is to exit public schools pronto while the freedom to do so exists. When government employees (i.e., teachers) even mention something as perverse as homosexuality to five-year-olds—as is happening in all Chicago public schools starting this year —it’s long past time to exit government schools.

And churches need to make that possible by either creating affordable private schools or by financially assisting parents who want to pull their children out of public schools but are unable to homeschool or afford private schools. This is a mission worth supporting. It should spark biblically informed anger that so many of our church leaders—Protestant and Catholic—say and do nothing as children are taught with their money that abominable behavior is good. Where is the church?