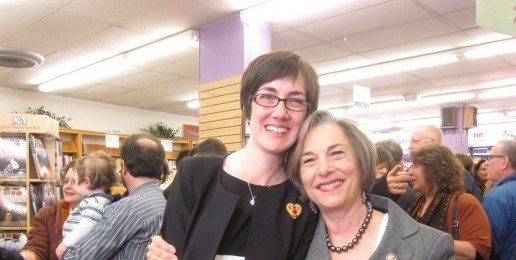 IFI strongly opposes the bill proposed by lesbian activist State Representative Kelly Cassidy (D-Chicago).  Sixty votes were needed to pass this bill in the Illinois House, and it passed by a vote of 61-49-2. It will now be considered in the Illinois Senate. Look at the official roll call below to see how your state representative voted on HB 5290, or click HERE to download it.

Here are a few of the problems with the bill:

1. In order to prevent the kind of ideological indoctrination to which homosexual activists want to expose students, we requested that this language be added to the bill:

Our request was ignored.

Some may argue that the following language in the existing anti-bullying law is sufficient protection against indoctrination:

Nothing in this Section or in the prevention course is intended to infringe upon any right to exercise free expression or the free exercise of religion or religiously based views protected under the First Amendment to the United States Constitution or under Section 3 or 4 of Article 1 of the Illinois Constitution.

This is not sufficient. We know from experience with the civil union bill that proclaimed “intentions” are meaningless in the face of committed homosexual activists.

It’s interesting to note how much stronger the language in Sections 3 and 4 of Article 1 of the Illinois Constitution is than that in the anti-bullying law:

The free exercise and enjoyment of religious profession and worship, without discrimination, shall forever be guaranteed, and no person shall be denied any civil or political right, privilege or capacity, on account of his religious opinions….

All persons may speak, write and publish freely….

Moreover, even a course that teaches wildly liberal views of homosexuality and gender confusion could be construed as not infringing on right to exercise free expression and as not infringing on the right to freely “exercise one’s religion or religiously based views.” Even if students are forced to listen to Leftist propaganda in a “youth programming” context, schools could argue that listening to such ideas does not infringe upon students’ rights to exercise free expression or freely exercise their religion or religiously based views. IFI is trying to prevent the government from forcing kids to be exposed to ideas that contradict their personal or religious beliefs.

This bill should say something stronger like “no student will be required to participate in any course, program, or activity that infringes upon free expression or contradicts personal beliefs or religious beliefs.”

2. This bill calls for a range of “restorative measures” to be implemented by schools in order to reduce the incidence of suspensions and expulsions, but one of the recommended restorative measures is the use of “peer juries, peer circles, and peer mediation.” IFI asked that language be included to ensure that participation in potentially emotionally manipulative peer juries, circles, and mediation be voluntary only. Our request was ignored.

Cassidy “promised” that the categories she added to the bill would be deleted from the Senate bill, but as Representative Jerry Mitchell (R-Sterling) pointed out, this is a promise that Cassidy can’t guarantee will be kept.

Even if her promise is kept, however, all the enumerated protected groups from the original law will remain. What is the rationale for eliminating the newest protected groups while retaining the ones included in the disastrous original 2010 law?

Before the Senate version is passed, all enumerated protected groups should be eliminated.

4. We’re also troubled by the following squishy, ambiguous language regarding restorative measures, which opens the door to all sorts of problematic and mandatory ideological training:

Restorative measures means a continuum of school-based alternatives that contribute to maintaining school safety; protect the integrity of a positive and productive learning climate; teach students the personal and interpersonal skills they will need to be successful in school and society; [and] serve to build and restore relationships among students, families, schools, and communities.

Who will determine the nature of the “personal and interpersonal skills” needed for “success in school and society”? Who will decide what constitutes “the integrity of a positive and productive learning climate?” Homosexual activists believe that expressing conservative beliefs about homosexuality or having students study resources that express conservative moral beliefs creates a negative learning environment and will undermine chances for social success.

Who will decide how “safety” is defined? Homosexual activists have redefined the term “safety.” For them, it means absence of the expression of any ideas that dissent from theirs on the nature and morality of homosexuality. Homosexual activists believe that if students who identify as homosexual hear the idea that homosexual acts are immoral or that children deserve a mother and a father, they feel bad; and if they feel bad, they’re “unsafe.” That’s precisely how liberals defend censorship in public schools.

Courts…must bear in mind that schools are unlike the adult workplace and that children may regularly interact in a manner that would be unacceptable among adults. See, e.g., Brief for National School Boards Association et al. as Amici Curiae  (describing “dizzying array of immature . . . behaviors by students”). Indeed, at least early on, students are still learning how to interact appropriately with their peers. It is thus understandable that, in the school setting, students often engage in insults, banter, teasing, shoving, pushing, and gender-specific conduct that is upsetting to the students subjected to it. Damages are not available for simple acts of teasing and name-calling among school children….Rather, in the context of student-on-student harassment, damages are available only where the behavior is so severe, pervasive, and objectively offensive that it denies its victims the equal access to education

The Davis decision was clear that if the language of the law is “severe or pervasive,” it opens the door to onerous litigation for school districts:

Although [i]n theory, a single instance of sufficiently severe one-on-one peer harassment could be said to [deny victims the equal access to education], we think it unlikely that Congress would have thought such behavior sufficient to rise to this level in light of the inevitability of student misconduct and the amount of litigation that would be invited by entertaining claims of official indifference to a single instance of one-on-one peer harassment.

While this bill is being debated in the Illinois Senate, an amendment should be proposed that changes “severe or pervasive” to “severe and pervasive” in order to protect schools from potentially costly lawsuits.

Time permitting, we will shortly expose some of the embarrassingly weak reasoning–if it can even be considered “reasoning”–offered by Cassidy during floor debates just prior to the vote.

Please contact your senators and urge them to vote “No” on this bill unless the reasonable changes discussed above are implemented. 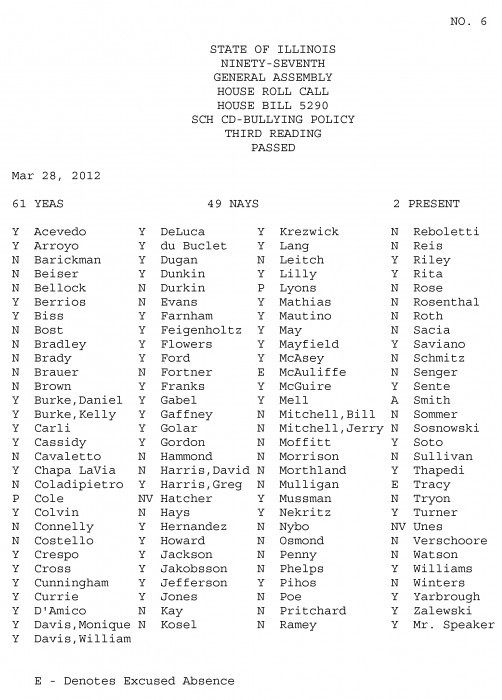