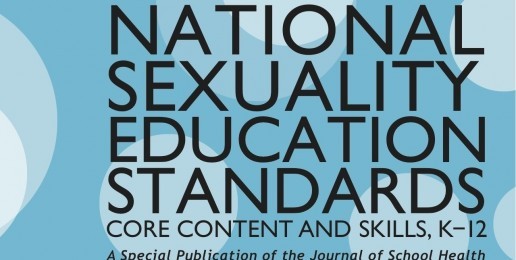 In January 2012, a new plan to usurp local control and impose liberal assumptions about sexuality on our nation’s children was unveiled. It is titled “National Sexuality Education Standards: Core Content and Skills, K-12,” and it’s a creation of the portentously named “Future of Sex Education.”

The “Future of Sex Education” (FoSE) project, which is a joint effort of the Sexuality Information and Education Council of the United States (SIECUS), Advocates for Youth, and Answer, “seeks to create a national dialogue about the future of sex education and to promote the institutionalization of comprehensive sexuality education in public schools.”

In addition, one of FoSE’s goals at the “national level…[is to] create an enabling environment that includes federal policies, regulations and funding to support and sustain comprehensive sexuality education at the local level.”

The stated goal of the new “National Sexuality Education Standards” is “to provide clear, consistent and straightforward guidance on the essential minimum, core content for sexuality education that is developmentally and age-appropriate for students in grades K-12.”

Further, “The purpose of standards in general is to provide clear expectations about what students should know and be able to do by the conclusion of certain grade levels. Other equally important components of the student learning experience include pre-service teacher training, professional development and ongoing support and mentoring for teachers, clear school policies that support sexuality education implementation and the teachers who deliver sexuality education.“

For each age group, the document includes the topics “Identity” and “Healthy Relationships” in which are found deeply troubling ideas about homosexuality and gender confusion. Embedded in these “standards” are radical assumptions about sexuality and gender that are biased, subjective, non-factual, and unproven.

In addition to members of SIECUS, Advocates for Youth, and Answer, contributors to the “National Sexuality Education Standards” include representatives from Planned Parenthood; the Gay, Lesbian and Straight Education Network (GLSEN); and the National Education Association.

Here are a few of the ideas from the “National Sexuality Education Standards” that these groups believe are “essential and developmentally and age-appropriate”:

Under “Identity” (which is clearly designed to prepare young children to accept radical ideas about gender):

“Sexual orientation” also connotes the idea that homosexuality is biologically determined, immutable in all cases, and inherently moral, all of which are controversial assumptions.

Further evidence is the inclusion of the terms “gender identity” and “gender expression.” Like “sexual orientation,” both are subversive rhetorical inventions designed to legitimize gender confusion by distancing it from the truth that gender confusion is a disorder.

Society cannot promote the dignity of persons and at the same time approve volitional homosexual acts, cross-dressing, and elective amputations of sexual anatomy, for those very acts efface human dignity.