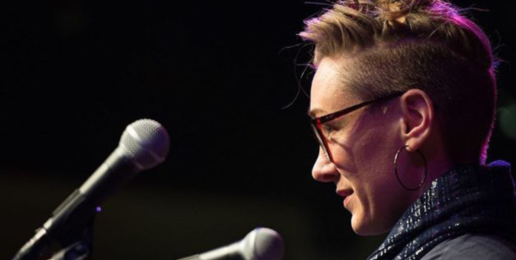 Last week, the Daily Herald published a deceptive and disingenuous letter from Kim Cavill, the worst school board member of the District 211 School Board, five of whose members—including Cavill—are being sued by an unjustly fired teacher.

In her letter, the controversial sexpert Cavill complains about being unprepared for the enraged and hateful messages she has received since becoming a District 211 board member in 2019:

In April of 2019, I ran for a seat on District 211’s board of education and I won. I ran as who I am: a person who cares deeply about my community and the young people who live in it. I didn’t hide that I’m an experienced sex education teacher who specialized in teaching teen pregnancy prevention and an expert in health education, because I couldn’t feel prouder of my nationally recognized work.

Unfortunately, this is not the first time I’ve experienced this kind of treatment. The abuse I am open about surviving did not break me, and neither will enraged emails from people who’ve forgotten how to disagree with any kind of decency. But using dehumanizing language in person or on social media gives implicit permission for others to use that same kind of language against all of us and that is unacceptable.

We can and must be able to disagree with one another without forgetting that we are neighbors. We are all humans with families to look after, friends to hug, jobs to work, and people to love. If we let our passions twist into shapeless hatred, it corrodes the connections that bind us together. Our connections to our neighbors and our communities are too important to lose.

I agree with Cavill on little, but she argues rightly that slurs and threatening messages are “unacceptable” and give “implicit permission for others to use that same kind of language.”

In preparation for serving on the D211 School Board, perhaps Cavill should have talked to former District U46 board member Jeanette Ward, whom Cavill publicly called the “High Priestess of the Order of Moron” in 2018. Ward too has been the recipient of enraged, vulgar, and hateful messages.

In 2017, Cavill described three fine candidates for the District 211 Board as the “hate slate” because they opposed the sexual integration of locker rooms for minors. Like Ms. Ward, these three received hateful messages and were publicly slandered.

In her letter describing “enraged” emails, Cavill didn’t mention any of the reasons community members might feel anger toward her. For example, she didn’t mention that 11 days before that 2017 election, she and her sister set up a sham PAC to launder over $26,000 collected by a “transgender” PAC from “LGBTQ” activists from outside the community to defeat the slate of excellent candidates, two of whom were women of color. One wonders, are Cavill and her sister racists?

On August 28, 2020, while a sitting D211 board member, Cavill tweeted that those who vote for Trump would be choosing to make the United States a “white nationalist fascist state.” Is that what Cavill calls decent disagreement?

Community members might want to ask Cavill why she has shut down her Twitter accounts since I started reporting on her tweets.

I too receive obscene, threatening, hateful messages “from people who find my work so reprehensible that they twist it into something monstrous and publicly slander my character.” So too does every theologically orthodox Christian and political conservative who publicly expresses his or her views on sexuality, marriage, and the sexual integration of private spaces and women’s sports. While Cavill no more deserves hateful or threatening messages than do political conservatives and theologically orthodox Christians for expressing their views on sexuality, her words and actions do merit righteous anger.

No Room for Jesus in the Inn or a Public Park

Wheaton College Suing Over Abortifacient Mandate
b
a
x
r