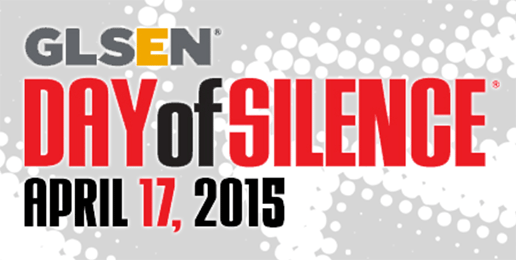 If you have school age children, contact your administration as soon as possible to ask this specific question: Will you be permitting students to refuse to speak in class on the Day of Silence? If the administration either answers “Yes” or dodges the question, please call your child or children out of school on the Day of Silence. Every absence costs districts money, and money talks.

Also, if your school will be permitting students to refuse to speak in class, politely insist that an email be sent to every family informing them of the following: 1. The Day of Silence will be taking place in classes on April 17, 2. Students will be permitted to refuse to speak during instructional time, 3.  The Day of Silence is organized and promoted by the Gay, Lesbian and Straight Education Network.

Parents have a right to know.

The Day of Silence is the queen of all the numerous homosexuality-affirming activities that take place in public schools. It started in one university and then like a cancer metastasized to thousands of high schools, and then into middle schools. Before long it will take place in elementary schools. Leftists know that it’s easier to indoctrinate 16-year-olds than 36-year-olds and easier still to indoctrinate 6-year-olds.

GLSEN promotes the Day of Silence as an “anti-bullying” effort. If it were solely about eradicating bullying, everyone—liberals and conservatives alike—would support it. But it’s not.

The Day of Silence exploits government schools, captive audiences, and anti-bullying sentiment to advance the Left’s social, moral, and political beliefs and goals. GLSEN seeks to advance the belief that all public expressions of moral disapproval of homosexual activity are bullying.

GLSEN urges students to refuse to speak all day, including during academic classes, which is disruptive to instructional time. Administrators permit students to refuse to speak in class, and teachers feel compelled to create lesson plans to accommodate student-refusal to speak. Teachers feel that if they don’t accommodate student-refusal to speak, they will be seen as supporting the bullying of self-identified homosexual students.

The little unspoken secret is that many teachers on both sides of the political aisle hate the Day of Silence because of the distraction and disruption it creates. Unfortunately, they’re afraid to say that to their administrations because GLSEN and its ideological acolytes proclaim that opposition to the Day of Silence necessarily means endorsement of bullying. The truth is one can both oppose bullying and oppose the Day of Silence.

A coalition of pro-family organizations is once again urging parents to keep their children home from school on the Day of Silence if their school administrations will be allowing students to politicize instructional time by refusing to speak. This is the only organized national effort to oppose any pro-homosexual activity or event in public schools.

The absence of conservative influence within the culture on issues related to homosexuality is to some extent the fault of conservatives. Ignorance, fear, and an astounding lack of perseverance on the parts of conservatives have turned our cultural institutions—including public education—into the playground of “progressives.” Our passivity has enabled homosexual activists and their ideological allies to become social, political, and pedagogical bullies. Evidence of that is everywhere, including in schools on the GLSEN’s annual April school event, the Day of Silence.

We must demonstrate the boldness and perseverance of the Left if we hope to stop the relentless appropriation of public education for the promotion of homosexuality.