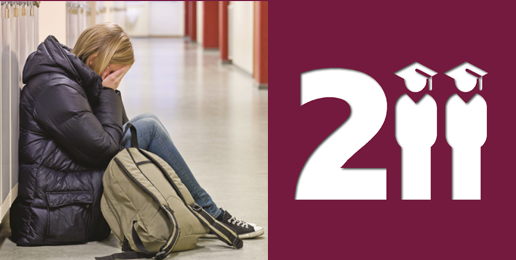 Illinoisans have no dearth of reasons to remove their children from our government faux-education camps that are called “schools” in Newspeak. Leftists control teachers’ unions, the Illinois State Board of Education, and the fetid Springfield Swamp from which have emerged laws mandating that 5-year-old children must be introduced to positive ideas about and images of sexual perversity. And leftists control many local school boards.

What’s more, leftists sitting on school boards want nothing less than total fascistic control of everything pertaining to curricula and professional development. They resent the presence of even one conservative board member. They have no interest in ideological diversity, inclusivity, or unity with those who do not share their moral, political, or pedagogical views.

It would behoove Illinoisans to take a gander at the school board of the largest high school district in the state, District 211, to understand better just how depraved school boards have become. And it would certainly behoove anyone with children who is considering moving to District 211 to read on.

District 211 just elected 33-year-old anti-Christian bigot/BLM activist Tim McGowan, who claims to be a “business owner,” to serve on the board. Other than controversy, a pending lawsuit against him, and melanin—er, I mean “diversity”—it’s a little bit fuzzy what he brings to the board. Maybe some intrepid community members can ferret out the specific reasons his supporters voted for him.

What is known about McGowan is that made a since-deleted YouTube video in which he referred to “validating ignorant little white boys,” and then issued a press release in which he ironically called the Illinois Family Institute “racist,”–oh and “anti-Semitic” and “homophobic.” As near as we can tell, he called IFI “homophobic” because of our biblical views on marriage and homosexuality. Is this really the kind of person, the D211 community thinks can serve all children?

Unfortunately, he’s not the worst leftist D211 board member. That ignominy goes to the puerile and presumptuous sexpert Kim Cavill who takes special pride in exposing children to all manner of inappropriate sexuality topics while mocking and condemning conservatism and the GOP on her Twitter account. It doesn’t appear she is even a smidge invested in diversity, inclusivity, or unity.

This is the person who several years ago in an online public post referred to former School District U-46 Board Member and recent conservative Illinois State Senate candidate Jeanette Ward as the “High Priestess of the Order of Moron.” Cavill is such a fine role model for children.

Cavill has a sordid history in District 211 about which I wrote this:

Almost immediately after the school board election and defeat of all three good candidates, Cavill and her sister deactivated their Super PAC. Malignant Mission Accomplished.

Then in 2019, Cavill ran for the school board and won.

In two other “sex positive” podcasts, she discusses “Creating Queer inclusive spaces” with a self-identifying “non-binary, pansexual” woman from California and a woman from a Naperville, Illinois organization who “educates” teachers . Recommendations for this queering endeavor include adorning classrooms with pro-“LGBTQ” paraphernalia and books galore, and scrubbing from the classroom all gendered language like the words “boy” and “girl.”

One wonders how Cavill’s dream queer-inclusive classrooms, awash in pro-“LGBTQ” symbology and propaganda, would make Orthodox Jews, Muslims, and theologically orthodox Christian students feel. Would those whose authentic identities include beliefs about biological sex and sexual acts that are implicitly and explicitly condemned by queered spaces feel included?

Let’s take a look at a few of “inclusive” school board member Kim Cavill’s tweets over the past year—tweets that any student with a Twitter account can read. Read them bearing in mind the board of education policy that says, a “Board of Education member should honor the responsibility which membership demands by representing at all times the entire school community.”

April 13, she tweeted this quote from an Atlantic article:

“For the past 30 years, the GOP has pursued a consistent strategy: Find a misunderstood or marginalized group, convince voters that the members of that group pose an existential threat to society, and then ride to victory on the promise of using state power to crush them.”

“Nothing like a police shooting to demonstrate conservatives’ most strongly held belief: With great power comes no responsibility.”

My 17 year old son: “I’m using spermicide and condoms to protect against STDs. I also know about PrEP for HIV prevention. My girlfriend’s on the pill, too.

Me [Kim Cavill]: “I’m so proud of you. Pick a restaurant, I’ll buy you both dinner, tell me what day works and we’ll get you take-out.”

The only reason for seeing an increase in sexual fluidity as a negative is bigotry, so if you’re upset about how many young people are bi, the problem is…you

Praying for all the health teachers who will be asked, “Can you pop your vagina into someone else’s vagina?

My ten year old: “Why did they put Aragorn on that billboard?”

(I wonder if Cavill would have posted such a Tweet if the billboard had featured a picture of Muhammad.)

Just had a three minute conversation with someone who was too scared to get the vaccine and now they are going to take the next available appointment.  If I can achieve this with adults, just imagine how effective I am with classrooms full of teenagers. Sex ed saves lives.

“It sounds absurd to say it, but America is in the process of choosing whether to be a white nationalist fascist state or an inclusive democracy. That’s not hyperbole, that’s just where we are”

“Here is what I would like for you to know: In America, it is traditional to destroy the black body – it is heritage.” — Ta-Nehisi Coates

17 being the average means that some people have sex earlier and some people wait a lot longer. There is no “right age” to have sex. Only you can decide what’s best for you according to your values, goals, and circumstances. The decision should come from inside, not outside.

Cavill exposes how she views her sex “educator” job in this tweet:

Anytime a Very Serious Free Speech Defender tweets about “censorship” I think about how many times I had to answer students’ questions with, “I wish I could give you an answer, but the state/your school board/your administration/ doesn’t allow me to talk about that. I’m sorry.”

Cavill believes that having any restrictions on what she says to other people’s minor children about sexuality in a taxpayer-subsidized school constitutes “censorship,” thereby demonstrating what I have been saying for years: Leftist activists posing as teachers think they should have absolute autonomy in the classroom.

Equally troubling, the restive Cavill makes sure her students know that she opposes these restrictions, thereby encouraging student resentment against rules imposed by their state, their school board, or their administration. Cavill has the maturity of adolescents who rebel against rules that thwart their desires.

Cavill is a cunning, vulgar, anti-conservative, far left activist who is unfit for any school board. And school boards all around the country have members who think just like Cavill, which is one of the many reasons conservative parents must get their children out of government indoctrination centers. If Americans cannot see that someone like Cavill is unfit to sit on a school board or teach children, then they are the proverbial boiled frogs.