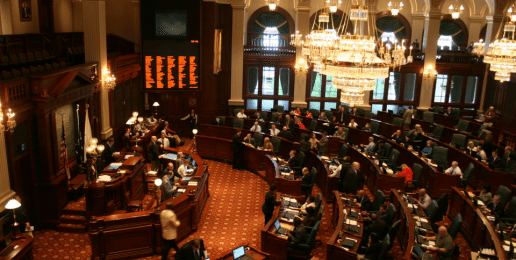 Illinois State Senator Heather Steans (D-Chicago), the original sponsor of the comprehensive sex ed bill (HB 3027) that passed the Illinois State Senate on May 25, 2011 and may be called for a vote soon in the Illinois House, posted on her website that she proposed this bill in order to reduce the number of sexually transmitted diseases (STDs) and unintended pregnancies. Ironically, even though her bill requires that sex ed information be research-based, neither she nor State Representative Camille Lilly (D-Chicago), the Illinois House sponsor of the bill, nor any other co-sponsor has provided any research-based proof that comprehensive sex ed curricula is consistently more effective at reducing STDs and unintended pregnancies than abstinence-centered curricula.

This ideologically driven — rather than research-driven — effort is reminiscent of the specious arguments used by voracious comprehensive sex ed proponents to eliminate all federal funding for abstinence education:

[A]bstinence foes launched yet another attack, attributing the rise in teen pregnancy and birth rates, after more than a decade of dramatic decline, to federally-funded abstinence programs.  However, a funding analysis by the U.S. Department of Health and Human Services found that, in the fiscal year 2008, for every dollar the department spent on abstinence education, it spent $4 on comprehensive sex education and family planning services targeting teens.  In FY2008, the department spent $176.5 million on abstinence education. By contrast, pregnancy and STD prevention programs and family planning services for teens received $609.3 million.

Sadly, despite the social science evidence, the Obama administration and Congress have eliminated all federal spending on abstinence education and, instead, have created additional funding for comprehensive sex education.  (Source:  Heritage Foundation)

Currently, IL schools are free to use comprehensive sex ed if they choose. Why should those districts that choose abstinence curricula lose their freedom to choose, particularly when no lawmaker has provided definitive research proving that comprehensive sex ed is more effective at reducing STDs and unintended pregnancies?

And let’s not overlook the homosexuality-affirming elements of typical “comprehensive” sex ed curricula that homosexual activists and their legislative allies hope Illinoisans won’t notice before the law is passed. For evidence, just review the SIECUS “Guidelines for Comprehensive Sexuality Education” or ask Senator Steans why the original bill included the requirement that “all course material and instruction shall be free from bias in accordance with the Illinois Human Rights Act.” The Illinois Human Rights Act defines sexual orientation as “actual or perceived heterosexuality, homosexuality, bisexuality, or gender-related identity, whether or not traditionally associated with the person’s designated sex at birth.” If this bill were solely about reducing the numbers of STDs and unintended pregnancies, why would it have included this requirement, which is completely irrelevant to the problems of STDs and unintended pregnancies?

But, the claim is not true. Between 1992-2010, there have been multiple studies that demonstrate that authentic abstinence curricula are not only effective but often more effective than comprehensive sex education.* If lawmakers have not read the research regarding the effectiveness of abstinence-centered programs and if they cannot produce research proving that comprehensive sex ed programs are consistently more effective than abstinence programs at reducing STDs, unintended pregnancies, sexual activity rates, and age of sexual initiation and more effective at increasing condom use and knowledge of STDs, they should not pass this law. Perhaps if the bill’s sponsors had thoroughly studied the research on this controversial topic, they never would have proposed the bill in the first place.

Help expand our reach
by forwarding this email to like-minded family and friends.
Click HERE to make a donation to the Illinois Family Institute.