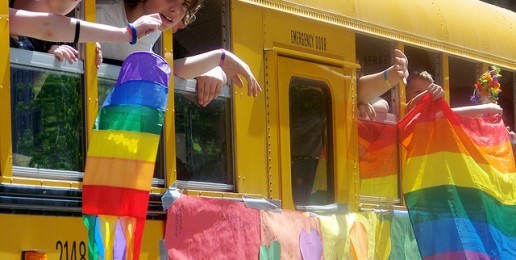 Last week, I wrote about an article by Sabrina Rubin Erdely that appears in the Feb. 6, 2012 issue of Rolling Stone magazine. More digging into her story reveals additional problems with her account of teen suicides in the Anoka-Hennepin School District outside of Minneapolis.

Erdely wrote about a cluster of teen suicides that she attributes to two causes:  Evangelicals and a school district policy that requires faculty to remain neutral on the controversial topic of “sexual orientation.” She makes her case primarily through the use of logical fallacies.

Illinoisans should pay close attention to what’s happening in the Anoka-Hennepin School District in Minnesota because the irrational arguments and manipulative tactics used by homosexual activists and their allies, like Erdely, are being used in every state to corrupt public education.

Erdely identifies nine teens who committed suicide over a two-year period. Five of the teens whose names Erdely mentions, however, were neither homosexual nor were they the victims of homosexual epithets. This seems rather like writing an article about deaths caused by smoking and doubling the number of deaths by including deaths wholly unrelated to smoking.

If her article had been about teen suicide in general, then the inclusion of all nine names would be justifiable, but then she should have discussed all the teen suicide risk factors. Since her article was titled “One Town’s War on Gay Teens,” it’s clear that the subject was not teen suicide in general. Readers should be asking why in an article about a purported “war on gay teens” being waged by Evangelicals, Erdely even mentions teens whose suicides were completely unrelated to homosexuality.

It should be equally clear that conservative community members are not at war with “gay teens.” They’re at war with the efforts of homosexual activists and their allies to promote their ontological, moral, and political beliefs in public schools while censoring all dissenting voices.

Erdely’s article depends on accepting her unproven assumption that moral opposition to volitional homosexual acts constitutes hatred of persons. This is a feckless but politically expedient argument that few liberals apply consistently. They never argue that their moral opposition to certain types of behavior constitutes hatred of those who engage in it.

What I’ve learned subsequently is that one of the teens Erdely mentions,TJ Hayes, was enrolled in a “progressive” charter school that was not covered by any of the school policies on which Erdely blames the suicides.

Another of the students Erdely names was Kevin Buchman who was not enrolled in any Anoka-Hennepin high school. He was, in fact, a student at the University of Minnesota.

Kevin, a bright, good-looking, popular athlete, had graduated from an Anoka-Hennepin high school  8 1/2 months before his suicide.  He committed suicide during the second semester of his freshman year at the University of  Minnesota. His family wrote this about Kevin’s suicide:

A situation happened his first year of college, that caused Kevin to question his character. He began a spiral downward into the dark cave of suicidal depression.   He treated with a doctor [sic], was on medication, and seemed to be doing better.  He kept his despair hidden and ended his life.

Depression is a treatable illness.  It is not invited or wished for.  It is a disease that ravages the mind as cancer ravages the body.  It is difficult to recognize, diagnose, and to treat.  Our son died from suicidal depression.

In order to understand the big picture implications of what’s taking place in Anoka-Hennepin, taxpayers need to consolidate the opinions expressed by liberal teachers and opponents of  school policy that require faculty neutrality on topics related to homosexuality. Although the rhetoric of liberal educators sounds superficially reasonable, the implications of their policy demands are destructive to the legitimacy of public education.

Curricular discussions of such issues shall be appropriate to the maturity and developmental level of students; be of significance to course content; and be presented in an impartial, balanced and objective manner, allowing respectful exchange of varying points of view. Lessons shall be designed to help students think critically and develop decision-making skills and techniques for examining and understanding differing opinions.

In the course of discussions of such issues, district staff shall affirm the dignity and selfworth [sic] of all students, regardless of their race, color, creed, religion, national origin, sex/gender, marital status, disability, status with regard to public assistance, sexual orientation, age, family care leave status or veteran status. (emphasis added)

Some questions and concerns to consider: