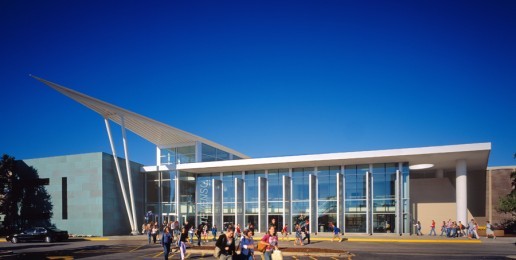 Adlai E. Stevenson High School in Lincolnshire, IL has found itself in the midst of a mini-tempest as a result of a recent article in the student newspaper, the Statesman, on the topic of hooking-up. For the uninitiated, hooking up refers to casual sexual encounters between individuals who are not in committed relationships. Hooking up is a relatively new euphemism for an old phenomenon. It’s a euphemism for what in the days when people discriminated between moral and immoral behaviors would have been called profligate or promiscuous behavior.

I have not yet had the opportunity to read the article, but for the purposes of my comments, reading it is irrelevant. I’m not taking a position on the particular perspective of the writer or writers. Rather, I want to suggest that the entire topic is inappropriate for a student newspaper that is written by students enrolled in a curricular class.

Public relations spokesman Jim Conrey has stated in multiple contexts that the administration has no opposition to the Statesman addressing controversial topics, citing a previous Statesman issue that took on the topic of oral sex as evidence that the school is not interested in censorship. But that raises the thorny question: Should there be topics that are off-limits in public school newspapers that the taxes of diverse people subsidize and that minor students will be reading?

I would argue that there are topics that school administrations should prohibit, and fortunately the Supreme Court has decided that they may, indeed, do just that.

In the 1988 Supreme Court Case, Hazelwood School District v. Kuhlmeier, schools were granted a significant degree of authority to limit student speech in school newspapers. If the context (e.g., student newspaper) is school-sponsored and not considered a public forum, then school administrations have a fair amount of leeway for circumscribing content.

Furthermore, if the newspaper is part of the curriculum, in other words, if it is produced my students enrolled in a journalism class, it is most likely not considered a public forum, and therefore the school is permitted to limit content:

“the Supreme Court . . . gave several examples in its decision of what might be censorable: material that is “ungrammatical, poorly written, inadequately researched, biased or prejudiced, vulgar or profane, or unsuitable for immature audiences.” Potentially sensitive topics, such as “the existence of Santa Claus in an elementary school setting,” “the particulars of teenage sexual activity in a high school setting,” “speech that might reasonably be perceived to advocate drug or alcohol use, irresponsible sex, or conduct otherwise inconsistent with the ‘shared values of a civilized social order'” may also be censored. In addition, the Court said school officials can censor material that would ‘associate the school with anything other than neutrality on matters of political controversy.'” (Source)

The Statesman’s journalistic exploration of “sex games,” “oral sex,” and “one-night stands” in a school-sponsored non-public forum may legitimately be proscribed in that it is arguably “unsuitable for immature audiences,” and inarguably details “the particulars of teenage sexual activity in a high school setting.”

When school administrations permit school newspapers to discuss topics like oral sex and hooking up, they have abandoned their responsibility to establish appropriate boundaries for students, to civilize students, and to demand standards of decency that our increasingly debased culture is abandoning with nary a backward glance. The Stevenson administration, or perhaps just the journalism adviser Barbara Thill, is allowing a base culture rather than some objective standards of decency to determine the permissibility of content.

A Chicago Tribune article entitled “A Teaching Moment” extolled the Statesman’s “long list of awards,” implying that exceptional journalistic skills mitigates the offense of offensive, inappropriate content. That’s analogous to the teacher at Deerfield High School who last year attempted to justify the teaching of an egregiously obscene, graphically sexual play by asserting that the play is a “heartbreaking, inspiring play, one that challenges us as much emotionally as it does intellectually. It is . . . harrowing and mystical, lyrical and beautiful.”

Somehow, all taxpayers are expected to accept–and fund–the philosophical view that concerns with standards of modesty or decency are automatically subordinate to other assessment criteria.

This same Trib article suggests condescendingly that the Stevenson High School administration “take a deep breath and back off.” One might offer that same suggestion to the Trib. First Amendment Rights are not absolute. Those adolescents who want to enlighten the world about the intricacies of hooking up are certainly entitled to do so, but they are not entitled to government money for their endeavors. They may freely research any ideas that pop into their fertile minds, freely employ their exceptional journalistic skills, and freely fund a newspaper that will illuminate both young and old on this new manifestation of debauchery. But unencumbered access toIllinois taxpayers’ money is something to which they are not freely entitled.