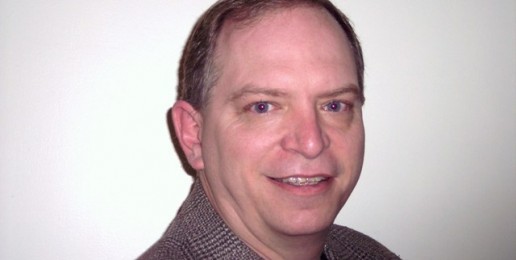 A national coalition of pro-family organizations is urging parents to call their children out of school on the Day of Silence (DOS), an annual event sponsored by the partisan political action group, the Gay, Lesbian and Straight Education Network (GLSEN). On the DOS, students and sometimes teachers are permitted to remain silent during instructional time to protest the bullying of students who identify as homosexual or transgender.

The coalition that opposes the DOS believes that it’s inappropriate to allow political protests to intrude into instructional time. Grove City College professor, Dr. Warren Throckmorton, on the other hand, is recommending that students join his “Golden Rule Pledge” effort which urges them to remain in school and pass out cards on which the Golden rule is printed. Apparently, he finds greater moral offense in parents removing their children from class on the DOS than he does in school-sanctioned political protest in the service of GLSEN’s goals, which extend far beyond reducing bullying. Unlike Dr. Throckmorton, we believe that the worthy ends of ending bullying do not justify the means of exploiting instructional time.

According to the DOS website, last year “Hundreds of thousands of students” participated in the Day of Silence, yet school administrators persist in telling gullible parents that this political action is not disruptive to the educational process. DOS participants have a captive audience, many of whom are made uncomfortable by the politicization of their classroom.

Dr. Throckmorton suggests that the “Walkout” is ironic in that it is even more disruptive than silence. I agree that the Walkout is disruptive, but school administrations have turned a deaf ear to reasoned pleas to remove divisive political action from the classroom. Whereas the DOS is intended to politicize the classroom, the “Walkout” is intended to remove children from exposure to yet more pro-homosexual activism and restore political neutrality to the classroom.

Dr. Throckmorton misapplies the “Golden Rule” in his efforts to promote heretical views of the nature and morality of homosexuality. The Golden Rule, which is found in both Luke 6:31 and Matthew 7:12, properly understood, does not mean that believers should affirm all seemingly intractable human desires. Nor does it mean that Christians should refrain from making public statements regarding the immorality of homosexuality. “So in everything, do to others what you would have them do to you, for this sums up the Law and the Prophets,” means that Christians should affirm to others God’s Word–the entirety of God’s Word–in a godly way. It is absurd to suggest that in order to live out the Golden Rule faithfully Christians must affirm every desire that another human experiences, including even sinful desires.

Last year on his website, Dr. Throckmorton offered an account of ugly behavior on the parts of purported Christians, thus perpetuating, perhaps unintentionally, the myth that all Christians are hateful. Clearly, people who exhibit the behavior described are not living authentic Christian lives. But living authentic Christian lives and protecting those who are being persecuted do not require intrusive classroom political action.

Dr. Throckmorton also raises the specter of “judgmentalism.” Often homosexualists proclaim “Judge not, that you be not judged” as biblical justification for the position that Christians ought not to state publicly that homosexual behavior is immoral. But this verse means that we are not to engage in unrighteous judgment. We’re not to hypocritically condemn the speck in the eye of others while ignoring the plank in our own. We’re to recognize the universality of sin and offer forgiveness as we have been forgiven. This verse does not prohibit Christians from making distinctions between moral and immoral behaviors.

DOS participants claim they merely want to end bullying. The central problem with this claim is that DOS supporters fail to acknowledge the means by which they seek to curb bullying. Supporters of DOS seek to end bullying by undermining the historical and orthodox Christian belief that homosexual and cross-dressing behaviors are immoral. What Day of Silence supporters rarely if ever admit is that they believe that disapproval of homosexual conduct is bullying, and therefore they are working to undermine that belief and prohibit its expression.

The fallacious claim being leveled at critics of the DOS is that opposition to political action in the classroom constitutes support for bullying. Some speciously claim that those who oppose DOS must not care about the suffering of “GLBTQ” teens. Put another way, this implies that the only way parents, students, and teachers can prove they care about the suffering of “GLBTQ” students is to allow classroom political protest. Those who level this charge are suggesting that there are only two options: either you support political protest during instructional time or you support bullying. This is a classic false dilemma. The truth is that students, parents, and teachers can oppose bullying while concomitantly opposing the politicization of instructional time.

Dr. Throckmorton believes that “Christian students should be leading the way to make schools safe and build bridges to those who often equate ‘Christian’ with condemnation.” In this statement, Dr. Throckmorton glaringly omits the truth that God condemns homosexuality, and therefore all Christians must condemn volitional homosexual conduct. And to those who view homosexuality as moral, this necessary Christian condemnation of homosexual behavior renders homosexuals “unsafe.” Of course, homosexualists don’t apply this principle consistently. They don’t, for example, say that condemnation of polyamory or adult consensual incest or promiscuity renders those who engage in polyamory, promiscuity, or incest “unsafe.”

Christians are obligated to balance truth with grace and love, but on this issue, the church errs on the side of grace and retreats from truth with all due haste. The body of Christ has become cowardly. American Christians flee from the persecution that inevitably results when we speak the truth about homosexual behavior, and then we rationalize our cultural conformity and self-censorship as Christian compassion. Living an authentically orthodox Christian life is irreconcilable with the goals of GLSEN.

Foolish, superficial thinking has resulted in the commonly held belief that affirming students’ feelings represents the zenith of wisdom and compassion. The truth, however, is that the minds and hearts of fallen humans are rife with thoughts and feelings that ought not to be affirmed, even as we affirm the people who experience them.

Teens who experience same-sex attraction no more choose their feelings than any of us choose ours. But as moral beings living for a time in a fallen world suffused with brokenness of all kinds, we are all charged with the same moral task: We all must determine which of our myriad messy feelings are morally legitimate to act upon. Adults are supposed to help children navigate those murky waters.

Many Christians desire to build bridges between the Christian and homosexual communities. The problem is that they are pursuing this noble effort by concealing from their “GLBTQ” friends the true nature of orthodox theological positions on homosexuality.

The goals of building bridges, cultivating community, and fostering relationships between the orthodox Christian community and the GLBTQ community, and spreading the Good News of Christ’s work of redemption within that community are not only noble but critical goals. And certainly different people are called to approach these goals in different ways. But the methods or strategies employed must never sacrifice, obscure, or compromise truth.

If we strain to find ways to avoid speaking the truth that God proscribes homosexual practices, we do a disservice both to those experiencing same-sex attractions and to our relationship with Christ. Our equivocations, evasions, or ambiguity will either appear as untruthful and manipulative, or they will deceive people into thinking we believe something we do not. We should instead do as we are commanded and speak the truth in love.

Dr. Throckmorton might be well-served by remembering the words of Martin Luther:

“If I profess with the loudest voice and clearest exposition every portion of the Word of God except precisely that little point which the world and the devil are at that moment attacking, I am not confessing Christ, however boldly I may be professing Him. Where the battle rages there the loyalty of the soldier is proved; and to be steady on all the battle front besides, is mere flight and disgrace if he flinches at that point.”

Those who self-identify as homosexual are no different from those of us who struggle with other sinful inclinations. All of us come to the cross as sinners, and none will be fully sanctified until Christ’s return, but retreat from or obfuscation of what the Bible teaches about, for example, selfishness, greed, envy, pride, promiscuity, fornication, gossip, gluttony, or any other of the myriad manifestations of sin is simply not scriptural–and therefore not good. We don’t want teens bullied for these or any other behaviors, and yet we likely wouldn’t support days of classroom silence during which teachers and students show support for those who engage in these sinful behaviors.

I can already hear the cries of indignation over my analogy. Supporters of the DOS will take umbrage with it because they view these other behaviors as immoral and not constitutive of identity.

But you see, that is the debate. Orthodox Christians view homosexuality as immoral and not constitutive of identity, and therefore we don’t want public education to be used as a conduit for the spread of beliefs we see as false and destructive.

If parents leave their children in school on the Day of Silence as Dr. Throckmorton recommends, they become complicit in the exploitation of the classroom for partisan political purposes. Dr. Throckmorton’s misguided effort does nothing to restore political neutrality to public education. In fact, his effort will help to further institutionalize GLSEN efforts to use public education to undermine orthodox Christian beliefs on the complex and emotionally charged issue of homosexuality.