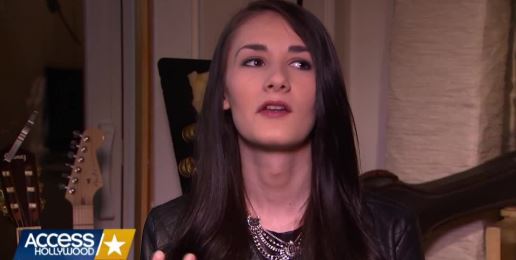 Glimmers of light shimmer in the darkness that has been spreading within public schools.  The darkness is caused by a fog of science-denying ignorance imposed on school districts from within by teachers and administrators who view themselves as agents of social, political, and moral change and from without by “trans” activists from organizations like the Gay, Lesbian and Straight Education Network (GLSEN), the ACLU, and Lambda Legal.

The newest battle is taking place in Pine-Richland High School in western Pennsylvania where on September 12, 2016,  five courageous school board members voted to establish policy requiring students to use either the restrooms that correspond to their biological sex, or a single-occupancy “unisex” restroom, or a single-occupancy restroom in the nurse’s office.

But these generous accommodations were not enough for three gender-dysphoric students. Following the board decision, two boys who are pretending to be girls and one girl who is pretending to be a boy filed a federal discrimination lawsuit against the district, the superintendent, and the principal.

One of the students, Jacob Evancho (brother of America’s Got Talent star Jackie Evancho) who now goes by the name “Juliet,” claims that before he was required to use sex-appropriate restrooms, “Pine-Richland was a safe, and kind…place. Everyone was so sweet.”

His comment illustrates one of the many problems with policies that permit gender-dysphoric students to use opposite-sex restrooms and locker rooms. These policies teach all students that in order to be kind, sweet, compassionate, and inclusive, they must pretend that biological sex per se has no meaning relative to modesty, and they must be willing to relinquish their privacy. Sex-integrated restroom and locker room policies teach all students that people’s  feelings about their sex trump their actual sex in private spaces.

But the school district is resisting. It has filed a lawsuit asking that the discrimination lawsuit be dismissed.

Lambda Legal, an organization that fights for co-ed restrooms and locker rooms for children and teens, and which is representing the three gender-dysphoric students in this lawsuit castigates the school district for their “shameful” actions, suggesting that opposition to co-ed restrooms renders gender-dysphoric students unable to “fully participate in their education.”

“Juliet’s” mother Lisa Evancho says this about the policy:

It makes me angry. It makes me wonder what kind of Neanderthals…think it’s appropriate to go in there and start picking on a particular segment of the population and make it all about them.

No one should be compelled to pretend Evancho is what he is not. But that’s exactly what the Left believes should happen. Since in the dystopian world of “progressivism,” subjective feelings trump all other considerations—including morality and reality—everyone must bend the knee to feelings, including even disordered, irrational, science-denying feelings.

Well, let me qualify that: Not all feelings are treated equally. The feelings of modesty that boys and girls and men and women who don’t want to share restrooms or locker rooms with persons of the opposite sex experience mean nothing. In fact, to Leftists such feelings are Neanderthal, ignorant, and hateful and must be eradicated.

Join us for a wonderful opportunity to take enhance your biblical worldview and equip you to more effectively engage the culture:  Click HERE to learn more or to register!