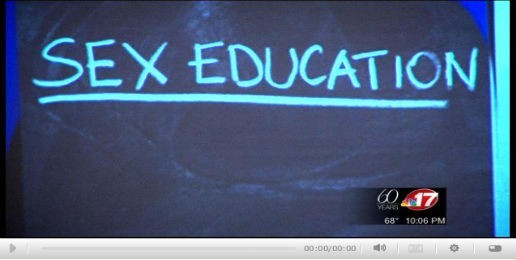 On the final Thursday and Friday of September, I was honored to stand with two outstanding men in Decatur and Shelbyville. We were there to fight for decency and virtue. At the meetings presented by Parents for Sensible Sex Education we discussed why “comprehensive” sex education means a loss of parental rights.

At both events I was joined by Scott Phelps from the Abstinence & Marriage Education Partnership and Robert Gilligan, Executive Director of the Catholic Conference of Illinois stood with us in Decatur. These leaders offered their perspectives on the recently passed law which forces obscene sexual ideas on the school children of Illinois.  Additionally, I want to thank State Senator Chapin Rose (R-Champaign) and State Representative Brad Halbrook (R-Effingham) for encouraging us in this effort.

In our media advisory announcing the events I observed regarding the law which becomes effective in January, “Children as young as eleven years old will be required to define sexual orientation using so-called ‘correct’ terminology, such as ‘heterosexual, gay, and lesbian.’ Masturbation would be taught as normal and that everyone does it, with step-by-step instruction. Not just the biology of sexual reproduction would be presented, but explicit details of sexual intercourse. Slightly older children would be ‘educated’ on how to use condoms, obtain contraceptives or even an abortion without parental consent or knowledge, and would be encouraged to experiment with ‘alternative’ sexual behaviors.”

A television news broadcast covered one of the meetings. 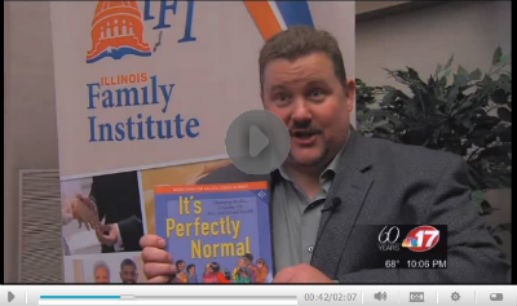 I’m always pleased when the media covers our message, even if only a small amount of the truth we present to the public makes it into the story.  The people of Illinois are figuring out that they must think critically when they view news stories like this one.

More and more people are learning everyday, for example, that the group that offered the response to us in the news story murders babies.  Planned Parenthood of Illinois makes money slaughtering the innocent unborn babies who are all too often the direct result of the irresponsible propaganda that parades as education in laws like this one.

It was gratifying to help get the word out that parents are free to opt their precious children out of this “education.”  If we must have evil laws like this that violate God’s design for sexuality and the conscience of millions of Illinois parents and grandparents they should, however, include opt-in, not opt-out, provisions.  The former puts the authority where it belongs — with the parents.  Opting out gives “educators” far too much power.  The majority of parents would choose not to subject their children to this pathetic brain washing if schools were forced by law to get their permission first.

Jesus himself said, “Whoever causes one of these little ones who believe to stumble, it would be better for him if, with a heavy millstone hung around his neck, he had been cast into the sea.” (Matthew 18:6)

This is a serious matter.