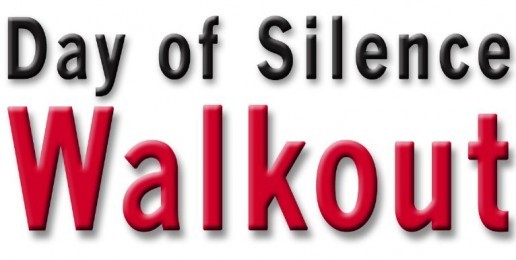 Everyone Should Do Something About Friday’s Day of Silence
Written By Laurie Higgins   |   04.16.12
PRINT

While many conservatives call for a forfeit — I mean, truce — on the social issues, the other side gleefully forges ahead using our money to indoctrinate our kids in public schools. Conservatives used to be asleep at the wheel, but now we’re just asleep. We forfeited the wheel decades ago.

It’s true that public education is public in the sense that whatever it is that goes on in our schools is paid for by the public, but, at least on sexuality issues, there is no education going on. “Progressive” agents of change are unabashedly engaging in censorship in the service of promoting their social and political interests. Their motto: “Critical thinking and intellectual diversity be damned.”

Here is a just a sampling of the “educational” activities, events, projects, and resources that our agents of change and their ideological compeers from the world of homosexual activism have introduced to our public schools during the “truce”:

The Day of Silence, which is promoted by the Gay, Lesbian and Straight Education Network, takes place in middle and high schools all around the country this Friday April 20. GLSEN asks students to refuse to speak in class on the Day of Silence, which, of course, disrupts the normal course of a school day. Imagine if multiple groups were permitted to engage in this kind of political protest during the year.

GLSEN provides cards to students to give to teachers explaining the reason for their refusal to speak. In 2002, this is what the card said:

Please understand my reasons for not speaking today. I am participating in the Day of Silence, a national youth movement protesting the silence faced by lesbian, gay, bisexual and transgender people and their allies. My deliberate silence echoes that silence, which is caused by harassment, prejudice, and discrimination. I believe that ending the silence is the first step toward fighting these injustices. Think about the voices you are not hearing today. What are you going to do to end the silence?

A few observations on this card:

Please understand my reasons for not speaking today. I am participating in the Day of Silence (DOS), a national youth movement bringing attention to the silence faced by lesbian, gay, bisexual and transgender people and their allies. My deliberate silence echoes that silence, which is caused by anti-LGBT bullying, name-calling and harassment. I believe that ending the silence is the first step toward building awareness and making a commitment to address these injustices.

Think about the voices you ARE NOT hearing today.

A few observations about this newer card:

First, it’s a stewardship issue. Our taxes are being used for illegitimate political purposes.

Second, students in school today are the culture-makers of tomorrow. We have a vested interest in the soundness of their education.

Third, this isn’t one isolated event. It’s one part of a large, ominous picture that includes curricular resources and activities in theater, English, and social studies classes; sex ed classes that promote liberal assumptions about homosexuality; anti-bullying programs; and countless activities created and promoted by homosexual activist organizations. Re-examine the list above and note the cacophonous sounds of “silence.”

Fourth, the rarely told truth is that many students and teachers on both the political right and left dislike intensely the Day of Silence. They hate the dissension that the Day of Silence brings to their school day. Not all liberal teachers use the classroom for political purposes. Many just want to teach their subject matter. Many teachers resent having to modify lesson plans or expectations to accommodate student silence but feel if they don’t, they will be viewed as bigots and bully-enablers.

Plan activities that involve student verbal participation and follow all normal disciplinary procedures that would apply to students who refuse to obey instructions.

Community members without students in the school:

Contact your local middle and high school administrators. Ask them if teachers are permitted to allow students to refuse to speak in class on the Day of Silence. If they permit this political protest, tell them you object to public school teachers who are subsidized by your taxes allowing instructional time to be used to promote controversial moral and political views in the classroom. Send a letter to your local press and read a prepared statement at the next school board meeting expressing the same ideas.

If your administration does not communicate this expectation to parents, teachers, and students, call your child out of school, because it means the administration is ignoring the issue and tacitly permitting teachers to allow the silent protest to take place.

If your school administration says that teachers may permit students to refuse to speak during class, call your child out of school. Tell your administration and school board that since they are permitting instructional time to be exploited for a political protest, your child will not be in school. This will remove your child from an environment that fosters controversy, and your child’s absence will cost the district money.

Then go to your next school board meeting and lodge an unequivocal complaint.

While homosexual activism has infiltrated public schools in countless ways, the Day of Silence Walkout is is virtually the only organized effort available to parents to express their opposition to such activism. And it’s one that takes very little courage. If we continue to do and say nothing, the pro-homosexual activism increases and the children who are targets of such indoctrination become ever younger.