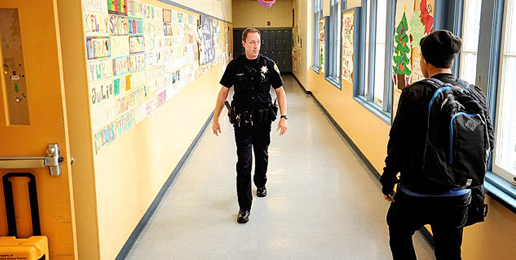 The massacre of seventeen students and teachers at Marjory Stoneman Douglas High School in Parkland, Florida is just the latest in what seems like an accelerating manifestation of school shootings. Parents, students, citizens, activists and law makers are justifiably angry.

Demands to “do something” are loud and urgent, driven by a dread that the next shooting will be at my child’s school. Even some staunch defenders of the Second Amendment are shaken, agreeing that “it’s time for a national conversation about the Second Amendment, gun violence, gun safety, protecting our children and self-defense.”

In the search for a solution, tension inevitably develops between protecting our constitutional right to “keep and bear arms,” and preventing the horrific acts committed by people with guns who are bent on murder and mayhem. On the extremities, one side advocates for an all-out ban on guns, while the other fends off any attempt to diminish the weight of the Second Amendment. Between the two are myriad proposals for restricting everything from what type of guns can be bought to how they can be purchased to how many can be owned to what accessories are permitted.

If there is one point of agreement, it is that any kind of mass slaughter, whether in Parkland, Las Vegas, Orlando or Richmond, is unacceptable. “You shall not murder” (Exodus 20:13) is a universally recognized human ideal.

A gun ban is unconstitutional and impractical

We can rule out a ban on all guns for at least two reasons. First, American citizens have the legal, unassailable right to possess and carry firearms. Ratified in 1791, the Second Amendment was a prescient measure put in place by our Founders specifically as a counterweight to the centralized power of the federal government. The U.S. Supreme Court has upheld that right as recently as 2008 (District of Columbia v. Heller) and 2010 (McDonald v. City of Chicago).

Second, while estimates vary, there are probably more than 300 million guns in the U.S., which has the highest gun ownership rate in the world at 88 guns per 100 citizens. Nine million Americans pack a loaded handgun monthly and three million carry daily. It is impossible to imagine confiscating or running a gun buy-back program for that number of weapons. Guns are here to stay.

Some restrictions are allowable

We can also rule out unrestricted access to any and all kinds of guns at any age that the constitutional purist may want. Political historian and pundit, Jay Cost, writes that a proper understanding of the Second Amendment recognizes that it “establishes an individual right for a public purpose — and it therefore follows that the people, acting through their representatives, can properly set the terms of how that right will be enjoyed.”

In other words, we have the individual right to keep and bear arms for the specific purpose of defending ourselves and our neighbors, and the weapons we bear should reflect that purpose. That gives us all some latitude to debate proper restrictions. For example, machine guns were banned from private ownership during the Reagan administration, a law that is still in effect today. Certain semi-automatic rifles defined as “assault weapons” were outlawed for ten years during the Clinton administration (though with little effect).

Laws like those prove that there are reasonable limits the public is willing to have imposed. Keep in mind, however, that “firearms are the most-regulated common consumer product in the United States.” It could be argued that our legal framework surrounding guns is in “infringement” territory already.

Some practical things to do instead

As we consider where to (re)draw the lines on the continuum between unrestricted access and sensible limits to gun ownership, there are other things we can do to reduce the risks of school shootings.

Train and arm teachers. Force must be met with force and the sooner during an incident, the better. After a 1974 attack at a school in Israel, the country “passed a law mandating armed security in schools, provided weapons training to teachers and today runs frequent active shooter drills. There have been only two school shootings since then, and both have ended with teachers killing the terrorists.” It’s already being tried in Colorado, where teachers “are being trained to carry guns in classrooms” in order to respond quickly to attacks.

Hire armed guards. Closely associated with arming teachers is the idea of employing security guards at public schools. We already have a pool of qualified candidates: many of America’s veterans are unemployed, yet are trained to use deadly force. We might also hire retired police officers. Having armed guards on location makes them first responders who can eliminate the unprotected gap between when an attack starts and law enforcement arrives.

Use gun-violence restraining orders. Writing in National Review, David French promotes the idea of Gun-Violence Restraining Orders (GVROs). As he explains, a GVRO is “an evidence-based process for temporarily denying a troubled person access to guns,” and that the “concept of the GVRO is simple, not substantially different from the restraining orders that are common in family law, and far easier to explain to the public than our nation’s mental-health adjudications.” Such an approach addresses an individual rather than an entire category.

Home school your kids. The Columbine massacre was a watershed moment for the country. It was also a watershed moment in our decision to home school our children. While it has its challenges, home schooling not only keeps your children physically safe, but you are the primary influence on their intellectual, emotional and spiritual development. If home schooling isn’t for you, consider a private Christian school. “Start children off on the way they should go, and even when they are old they will not turn from it” (Proverbs 22:6).

Whatever we decide to do in response to this latest horror, one fact is inescapable: we are no longer a virtuous society that can be categorically trusted with firearms. John Adams said, “Our Constitution was made only for a moral and religious people. It is wholly inadequate to the government of any other.”

It is getting harder and harder for us to claim to be “a moral and religious people.” At one time we could plausibly make that claim, but not anymore. We are more like the nation of Israel during the time of the judges: “In those days Israel had no king; everyone did as they saw fit” (Judges 17:6).

The issue is the human heart soaked in a secular culture that devalues human life, despises authority, promotes victimhood, mocks religion, glories in debauchery, embraces radical autonomy and rages at the slightest offense.

The breakdown of the family has led to a quarter of our children living in fatherless homes.  Psychotropic drugs are prescribed to more than 8 million children, some as young as 18 months, to control depression, anxiety, and a lack of focus. Ten percent of our children are addicted to video games, many of which are violent. Add a steady diet of movies, music and media that glorify unrestrained sex, violence and drug use, and we’ve got a volatile cocktail of generational depravity that would make Caligula blush.

It all started when we began to systematically remove God from the public square. C.S. Lewis summed up our situation in his work, The Abolition of Man:

“In a sort of ghastly simplicity we remove the organ and demand the function. We make men without chests and expect of them virtue and enterprise. We laugh at honour and are shocked to find traitors in our midst. We castrate and bid the geldings be fruitful.”

By all means, let’s adopt additional measures for the safety and security of our children. But let’s also be clear that until we regain our virtue, new policies, laws and strategies won’t put an end to the violence. They never have. 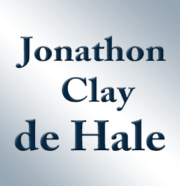