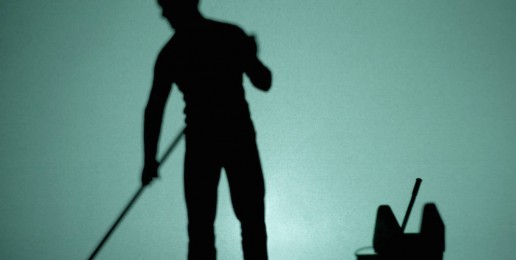 An elementary school in — where else — Massachusetts, sent a letter to parents in August 2008 informing them that “Our night custodian has informed us of his decision to change his gender and, as we begin the school year, he will begin living and working as a woman.”

Superintendent Ernest Boss and Principal Norman Yvon further stated that “if [students] ask at school, they will be given a simple and straightforward answer. The best thing to tell them is that our custodian used to be a man. She has changed her gender role and is now a woman.”

So now this one man’s psychologically and morally disordered desire to live publicly as a woman and the school administration’s complicity in facilitating his disorder exposes an entire school full of children to ideas and images to which no elementary child should be exposed and forces parents to explain what no parent should have to explain to 5-10 year-olds.

No government employee should be permitted to tell other people’s children that this man “used to be a man… and is now a woman.” That statement is not factual and not true. It is false, controversial, unproven, values-laden, and faith-based. The belief that amputating healthy parts of one’s sexual anatomy and taking hormones appropriate to the opposite sex changes one’s sex constitutes a pernicious delusion or fiction. No government employee should be permitted to make such statements to children.

The administrators who demonstrate such astonishing hubris, foolishness, and lack of integrity offer as their pitiful defense this: “it is important to note that the Oxford Public Schools does not discriminate on the basis of race, color, sex, religion, national origin, sexual orientation, or disability.” “Sexual orientation,” an invented concept used to paint deviant sexual desires with a patina of moral legitimacy, has been added to school anti-discrimination policies all around the country. Now volitional sexual behavior is being treated like immutable characteristics that carry no behavioral implications. Taxpayers should demand that school boards and administrations provide evidence for their unjustifiable claim that volitional sexual behavior is ontologically equivalent to sex or race.

All taxpayers in Oxford, MA should rise up in righteous indignation that their taxes are paying the salaries of administrators who make such chuckleheaded decisions. They should demand that the deceitful phrase “sexual orientation” be removed post-haste from the school’s anti-discrimination policy. They should demand that this custodian’s employment be terminated. They should demand that no unproven, non-factual, faith-based, values-laden statements about this man’s disordered condition be made to children. And church leaders in that community who remain silent while children are being exposed to such deviance should be ashamed and taken to the woodshed by their congregations.

Illinois taxpayers: Check out your school’s anti-discrimination policy. If it includes the phrase “sexual orientation,” work courageously and selflessly to get rid of it or be prepared to pay — literally and figuratively — for sexual deviance in a school near you.

We are the proverbial frogs complaisantly cooking while the cultural waters in which we’re immersed become lethal.