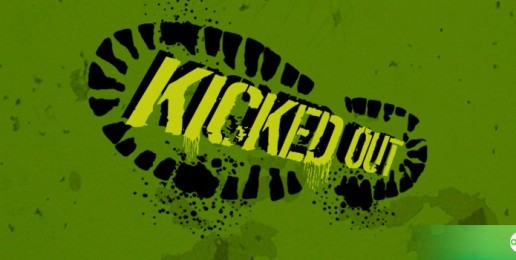 By now many have read about the incident that took place in a suburban Detroit high school. Teacher Jay McDowell expelled a student from his economics class because the student said that due to his Catholic faith, he does not accept homosexuality. This took place during one of the many homosexuality-affirming events that take place in public schools. This one, “Ally Week,” is sponsored by the Gay, Lesbian and Straight Education Network, as is the Day of Silence.

Not only did McDowell expel the student from his class, but according to written student accounts to the administration, McDowell shouted at the student; slammed the classroom door; called an administrative office in front of the entire class to say that the expelled student had engaged in “discrimination”; spent class time expressing his personal philosophical, political, and moral beliefs; and showed an “anti-bullying” film, rather than use his period to teach economics.

As a result of his actions, McDowell was disciplined.

So, what does discrimination, harassment, and bullying look like to the teacher of tolerance, Jay McDowell?

According to an Associated Press (AP) report, McDowell is filing a complaint with the district over his discipline, saying “I want to force adults to look at what situation we’ve created…I would really like us to be more aggressive in our policing of harassing and bullying.”

There, McDowell has said what those of us who are familiar with the beliefs and goals of the Left have been trying to warn the public about: Homosexual activists and their ideological allies in public schools believe that expressing conservative moral beliefs about homosexual acts is harassment and bullying.

As a result of their expansive view of harassment and bullying, they presumptuously and self-righteously believe they have the right to try to change the moral beliefs of other people’s children and to censor the expression of them.

Here is what McDowell had to say on a Detroit television program regarding free speech:

Although this a remarkable thing to hear from anyone, from a government-employed educator who is supposed to foster critical thinking, respect for diversity, and the free exchange of ideas, it is also deeply troubling.

And it’s a view so extreme that even the ACLU disagrees. According to the same AP report, “Jay Kaplan, staff attorney for the American Civil Liberties Union of Michigan’s LGBT (lesbian, gay, bisexual and transgender) Legal Project” says that “‘those statements (of the expelled student)…were protected speech….The only way we’re going to create a better environment in schools is to start talking about this.'”

In educational contexts, the study and free exchange of ideas is essential. Advocacy of personal beliefs on controversial topics by teachers must be explicitly prohibited. And discipline, ridicule, or excoriation of students who express beliefs with which teachers disagree must be punished. If anyone is guilty of harassment, discrimination, and bullying as well as unprofessionalism, it is Jay McDowell. McDowell’s punishment, a one-day suspension without pay, is insufficient.

Mr. McDowell and many other activist ideologues in public schools all around the country, including here in Illinois, should have mandatory training regarding how to demonstrate respect for intellectual diversity; how to foster critical thinking by having students spend equal time studying the best writing from the best scholars on both sides of controversial topics; and how to demonstrate professionalism by concealing personal values, beliefs, and biases.

Moreover, taxpayers should demand that school districts write policy that requires all of the above.

The True Face of “Anti-Bullying”: Dan Savage
b
a
x
r