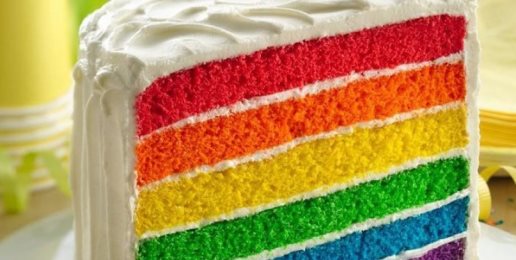 In a recent article about the upcoming political protest in public schools sponsored by the Gay, Lesbian and Straight Education Network (GLSEN), I referred to the “sickening sweetness” of increasing numbers of Christians. By that expression, I am not suggesting that Christians are sickening, as in disgusting. Nor am I referring to civility, kindness, compassion, or genuine love—which is inseparable from mercy, grace, truth, holiness, and justice.

Rather, “sickening sweetness” refers to the superficial “niceness” that so often passes for love within the body of Christ. It’s the equivalent of sugary candy that tastes oh-so-yummy, but provides no nourishment, nothing that can restore health to dying people. It sickens, rather than strengthens. Its sweetness attracts and deceives, making consumers feel good for a moment but contributing only to decay and death. It’s a cheap, easy counterfeit of biblical love, which Christians exploit to conceal the truth that they are avoiding the costly way of Christ. It ignores eternity while paving the way to eternal destruction.

When I refer to the sickening sweetness of Christians, I’m describing those Christians who misuse—make that torture—Scripture to argue that Christian bakers should make wedding cakes for homosexual anti-weddings.

I’m referring to Christians who misuse Scripture to defend keeping kids in school on the Day of Silence even as administrators and faculty use their schools to promote homosexuality as equivalent to heterosexuality and good.

I’m referring to Christians—including public school teachers and church leaders—who say nothing as five-year-olds are exposed to positive images of and assumptions about homosexuality and gender confusion in our taxpayer-funded schools.

I’m referring to Christians—including teachers and church leaders—who said nothing when the sacrilegious and egregiously obscene homosexuality-affirming play Angels in America: A Gay Fantasia on National Themes was taught at Deerfield and Highland Park High Schools or when the deceitful Laramie Project is taught virtually everywhere.

I’m referring to Christians—including teachers and church leaders—who said nothing when The Perks of Being a Wallflower was included by public school teachers on a middle school recommended book list in Glen Ellyn, Illinois.

I’m referring to Christians—including teachers and church leaders—who say nothing when schools decide that restrooms no longer correspond to objective biological sex but rather to the disordered desires of confused children.

The exegetical positions that theological contortionists twist themselves into in their effort to avoid acting in accordance with Scripture on matters related to serving or attending same-sex anti-weddings are evident when Christians say, “But Jesus spent time with sinners, including even prostitutes and tax collectors.” Christians who say this conveniently omit inconvenient parts of these biblical accounts. Jesus didn’t merely hang out, eat,  and chew the fat with sinners. He spent time with them, defining what constitutes sin, and calling them to repent of their sins and follow him.

And Jesus did not spend his time with sinners facilitating, participating in, or celebrating their sin. Jesus would not help a prostitute solicit johns or celebrate her career path. Jesus would not help tax collectors cheat their neighbors or celebrate their ill-gotten gains. Jesus did not sit passively by smiling benignly in the presence of men and women who were lost in spiritual darkness and at risk of spending eternity separated from God.

Some who claim to be Christians say that God does not hate, ignoring that God does, indeed, hate. He hates sin and so too should followers of Christ, even as we love those in need of the redemption we have found through God’s grace.

Purveyors of sickening sweetness claim that Christ came to bring peace, ignoring that he also came not to bring peace but a sword that will divide even families.

The peace Jesus brings is a peace constituted by reconciliation with a holy God. This peace does not include, nor will permit affirmation and celebration of acts that God abhors.

Since the fall of man, there has been enmity between God and Satan. Jesus came to bring peace by destroying the enemy—not by affirming and celebrating the sinful activity in which Satan tempts humans to engage.

In a novel but futile attempt to ennoble cowardice, Andrew Walker writing on First Things advocates fiscal fungibility. He penned an open letter from a fictitious Christian baker to his customers acknowledging that he would be caving in to Leftist tyranny and bake cakes for homoerotic anti-weddings, but that he would donate his 30 pieces of silver to organizations that are willing to suffer for Christ.

Walker argues unpersuasively that “If Caesar insists that bakers must be made to bake cakes or else close up shop, we’re going to see to it that Caesar’s edicts get undermined by channeling resources designed to fight Caesar.”

In a blog post Jessica Kantrowitz argues that  Jesus’ command to his followers that “If anyone forces you to go one mile, go with them two miles” constitutes a mandate to provide goods and services for same-sex faux-marriages.

It’s important to note that Kantrowitz admits to believing that “gay marriage” is not immoral,” so we know that even as she cites Scripture as the authority for baking cakes for same-sex faux-marriages, she rejects biblical authority on both marriage and homoeroticism.

Kantrowitz ignores critical differences between being commanded to carry a soldier’s pack and being asked to bake an anti-wedding cake. In the first instance, a Christian is being forced to do something, whereas in the contemporary case, a baker is being asked. Second, there is nothing inherently immoral about carrying a pack for someone—not even for a Roman soldier—whereas volitionally making a cake to adorn a homosexual anti-wedding is, indeed, immoral.

The only way that creating a product to enhance an anti-wedding can be construed as morally neutral would be to argue that an anti-wedding is ontologically identical to a true wedding. But at some level even Leftists must recognize that as false. Would Kantrowitz make this argument in regard to a commitment ceremony between a 40-year-old and a 14-year-old? Would she make the same argument in regard to a commitment ceremony between two brothers? If plural unions are legalized—as they will be in the not too distant future—would she argue that Christian bakers have a biblical mandate to create goods and provide services for a polygamous or polyamorous wedding?

Would she make this argument in regard to a commitment ceremony between a person and an animal? This is not to suggest that a homosexual anti-wedding is identical to a zoophile’s anti-wedding. It’s to suggest that Kantrowitz likely holds a prior and unspoken assumption about same-sex faux weddings. In addition to believing that they are inherently moral, which she has already admitted believing, she likely believes same-sex anti-weddings are, in reality, weddings.

What if the government commanded Christian restaurant-owners to refuse to serve blacks? Would Kantrowitz cite Matthew 5:41 as proof that Christians have a biblical obligation to comply? Is Matthew 5:41 an absolute command for Christians always to do the bidding of non-Christians, including when force is not involved and the act requested violates Scripture? Was Jesus’ command intended to compel Christians to carry a pack that they knew would serve a profound evil and even to do more in the service of the evil? Would Kantrowitz argue that as a Christian she has a biblically mandated duty to engage in an activity that she believes is profoundly immoral and which she believes God detests (e.g., refusing to serve blacks in her restaurant or providing goods for a “wedding” between a human and an animal).

And then there are those other pesky biblical passages that point uncomfortably to God’s countercultural mandate:

And have no fellowship with the unfruitful works of darkness, but rather reprove them. (Eph. 5:11)

Consider it pure joy, my brothers, whenever you face trials of many kinds, because you know that the testing of your faith develops perseverance. Perseverance must finish its work so that you may be mature and complete, not lacking anything. (James 1: 2-4)

And calling the crowd to him with his disciples, he said to them, “If anyone would come after me, let him deny himself and take up his cross and follow me.  For whoever would save his life will lose it, but whoever loses his life for my sake and the gospel’s will save it. (Mark 8:34-35)

Dear friends, do not be surprised at the painful trial you are suffering, as though something strange were happening to you. But rejoice that you participate in the sufferings of Christ, so that you may be overjoyed when his glory is revealed. If you are insulted because of the name of Christ, you are blessed, for the Spirit of glory and of God rests on you. If you suffer, it should not be as a murderer or thief or any other kind of criminal, or even as a meddler. However, if you suffer as a Christian, do not be ashamed, but praise God that you bear that name. (1 Pet. 4: 12-16)

Blessed are those who are persecuted because of righteousness, for theirs is the Kingdom of Heaven. Blessed are you when people insult you, persecute you and falsely say all kinds of evil against you because of me. Rejoice and be glad, because great is your reward in heaven, for in the same way they persecuted the prophets who were before you. (Matt. 5: 10, 11)

Therefore, having this ministry by the mercy of God, we do not lose heart. But we have renounced disgraceful, underhanded ways. We refuse to practice cunning or to tamper with God’s word, but by the open statement of the truth we would commend ourselves to everyone’s conscience in the sight of God. (2 Cor. 4: 1-2)

How many rationalizations will Christians, in their fear and desperation, attempt in order to avoid doing what they must know is expected from those who claim to love Jesus? God is calling his people in America to deny themselves, to take up their crosses and follow him, and to rejoice when people falsely say all kinds of evil against us.

Dietrich Bonhoeffer wrote this in The Cost of Discipleship:

The messengers of Jesus will be hated to the end of time. They will be blamed for all the division which rend cities and homes. Jesus and his disciples will be condemned on all sides for undermining family life, and for leading the nation astray; they will be called crazy fanatics and disturbers of the peace. The disciples will be sorely tempted to desert their Lord. But the end is also near, and they must hold on and persevere until it comes. Only he will be blessed who remains loyal to Jesus and his word until the end.

And let’s not forget that our children are watching us. Perhaps we can set an example of courageous, faithful self-sacrifice for them, and perhaps we can gain a moment more of freedom for them and their children.

Women and the Draft