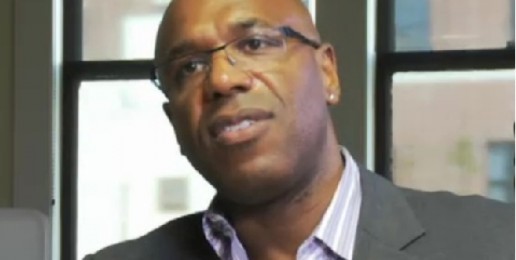 There is a new report out from the Educational Testing Service (ETS) that the mainstream media for some reason seems reluctant to cover. According to their website, the Educational Testing Service “is a non-profit institution with the mission to advance quality and equity in education by providing fair and valid assessments, research and related services for all people worldwide.”

Those schools, like District 113’s Deerfield and Highland Park High Schools, that spend public money hand over fist on programs like Peggy McIntosh’s SEED and Glenn Singleton’s “Courageous Conversations” in order to close the racial learning gap ought to read this report.

Highland Park High School has a minority Hispanic population that does not perform well on standardized tests, and as a result Highland Park High School repeatedly fails the “Adequate Yearly Progress” evaluation of the No Child Left Behind Act. To close the racial learning gap in District 113, Superintendent George Fornero hired Glenn Singleton, an expensive “diversity” consultant from San Francisco whom Fornero had used in Ann Arbor, Michigan when he worked there.

At the all-staff meeting to introduce District 113 to his “social justice” theories, Singleton made some surprising statements. Singleton explained that many experts believe that the causes for the underperformance of minority students are poverty, language issues, mobility, and lack of family support. He then made the startling claim that none of those factors is the cause. The causes, he claimed, are “institutional racism” and “whiteness.”

Mr. Singleton conveniently excluded one other important category: well-informed, compassionate, and intelligent listeners who had valid justifications for their criticism of his theories.

To understand further the nature of the ideas being promoted by “anti-racist, social justice” proponents, you can read this hand-out entitled “Detour-Spotting for white anti-racists” that was distributed to District 113 staff and faculty at one of Glenn Singleton’s re-education seminars. Here’s just one provocative quote:

To fill a void in their own spiritual core, some white people are drawn into the New Age garden to pick from a variety of Native spiritual packages usually offered for sale. Since Native spiritual practice is inseparable from their history and current community, it cannot be disconnected from that context to service white people searching for life’s meaning. Appropriating selected parts of Native cultures romanticizes the lives of Native peoples while denying their struggles. Their lands and livelihoods stolen, indigenous peoples now witness white people trying to steal their spirituality. Rather than escape our white racism by finding a spiritual path, we instead collude in one more way with the genocidal attacks on Native cultures (emphasis added).

The new ETS study contradicts the theories of Singleton (and other “social justice” theorists), which he has so successfully exploited to extract boatloads of money from public coffers all over the country. This new study shows that lack of family support, mobility, and poverty are, indeed, contributing factors to the racial learning gap. Nowhere in this new study does “institutional racism” even appear.

After spending two years and thousands of dollars on Glenn Singleton’s doctrinaire and racist theories, George Fornero, perhaps unintentionally, acknowledged precisely what District 113 got for their time and money in a recent letter to Secretary of Education Arne Duncan:

As was the case in the spring of 2008, our non-English speaking students were once again asked to demonstrate their academic abilities by taking the ACT and the WorkKey assessments in English. And once again, despite taking the test seriously and despite working for hours longer than other students to complete it, when these students receive their results next fall, they will all fail (emphasis added).

One would hope that an admission like this would be the nail in the coffin of divisive, intellectually vacuous, ideologically driven expenditures. But the public should never underestimate the fervor of a true proselyte driven by political motives. They will continue to abuse their access to public money until community members publicly and vigorously oppose them.

To read more from other school districts that have been taken for a financial ride by Glenn Singleton, read here or here.

School districts all across the country are spending taxpayer money to promote controversial, unproven theories like those of Peggy McIntosh’s SEED program and Glenn Singleton’s “Courageous Conversations.” Taxpayers should closely examine any programs, including staff development opportunities, that embody “critical theory,” or employ the language of “diversity,” “institutional racism,” “whiteness,” or “social justice.”