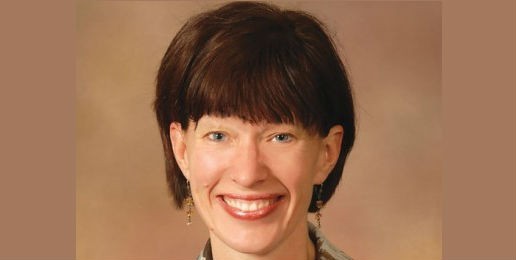 The poorly written, poorly thought-out, partisan “comprehensive sex ed” legislation concocted by State Senator Heather Steans (D-Chicago) should be roundly rejected. SB 1619, otherwise known by its obfuscatory title, “Personal Responsibility Education Act,” is yet another attempt by legislator-ideologues to use public money to normalize sexual immorality and perversion by inculcating children and teens with subjectivist, relativist assumptions about sexuality.
SB 1619 requires the following:

The term “comprehensive sex ed” is a euphemism intended to convey positive connotations of wholeness and completeness. But as usual with sophistry, it is a deceit. The truth is comprehensive sex ed is incomprehensive, distorted and propelled by a subversive sexual ethic. Comprehensive sex educators seek to tell kids everything possible about sex except of course anything that challenges their subjectivist, relativist presuppositions and libertine social and political goals.

Below are a few of the “medically accurate” notions that comprehensive sexperts from the Sexuality Information and Education Council of the United States (SIECUS) think our children need to know. All of the following bulleted points are direct quotes from the “Guidelines for Comprehensive Sexuality Education,” which is the bible of the comprehensive sex ed movement. Unless, conservatives create a firestorm of opposition, this is what’s coming to Illinois public schools:

This sexual act, that is, SB 1619, also includes the following bit of tricksy rhetoric from the tricksy Senator Steans:

“Medically accurate” means verified or supported by the weight of research conducted in compliance with accepted scientific methods and published in peer-reviewed journals, where applicable, or comprising information that leading professional organizations and agencies with relevant expertise in the field have recognized as accurate, objective, and complete.

It doesn’t take Sherlock Holmes or Antonin Scalia to deduce from this piece of sophistry where some mischief may derive.

In case our more obtuse legislators haven’t noticed, typical comprehensive sex ed curricula, like the one from Siecus, are dripping with subjectivity.

SB 1619 defines important terms, but guess which one is conveniently omitted: “abstinence.” Such a glaring omission should embarrass Steans, but nothing like a little intellectual sloppiness can embarrass or stand in the way of liberal dogmatists bent on shaping other people’s kids into their philosophical image using other people’s money.

Some questions for Senator Steans:

For those who are unfamiliar with Steans, her district includes the homosexual neighborhood colloquially referred to as “Boys Town.” She has sponsored legislation to legalize same-sex “marriage,” to provide domestic benefits to homosexual partners, to legalize homosexual civil unions, and to permit those who electively amputate healthy parts of their sexual anatomy to change their gender on their drivers’ licenses. Clearly, Steans has an unholy mission to transform the social, political, and legal landscape of Illinois, and her presumptuous scheme now includes Illinois children.

Some may wonder why the obsession with jettisoning the words “until marriage” from the Illinois law. There are two reasons: 1. Sexual subversives see no inherent value or meaning in reserving sexual activity for marriage and want to promote their desacralized, diminished view of sex to the next generation. 2. The panties of sexual subversives are all in a bunch because homosexuals can’t marry in Illinois. If our laws and sex ed curricula communicate that people should not have sex until marriage, then ipso facto, homosexuals should not have sex. There are certain ideas that our diversity disciples just won’t tolerate.

Illinoisans should oppose this bill like their kids’ lives depend on it.

New York Times on Sex Education
b
a
x
r