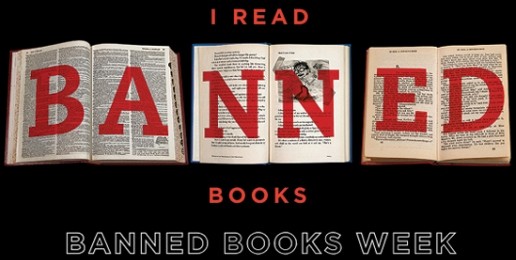 Words to describe librarians who eagerly promote the American Library Association’s “Banned Books Week,” of which we are in the midst, include sanctimonious, condescending, dishonest, hypocritical, and alarmist. Many, perhaps most, of the books that parents express concerns over are picture books. And their interest is not in banning these books. Their interest is in making them inaccessible to little ones.

Moreover, in recent years, most of the controversies over picture books have involved the relentless efforts of homosexual activists and their allies to change the moral beliefs of other people’s children. Embedding sexually subversive ideas in soft focus or cartoony picture book illustrations does not render them less subversive. It renders them more insidious.

In a recent Chicago Tribune article, author, high school librarian, and homosexual activist James Klise oozes sanctimony and condescension when he writes, “I support any person’s right to read anything he or she chooses….I confess, my colleagues and I have approached Banned Books Week with a lighthearted attitude — we use markers to draw dramatic flames on the signs….” He also describes his “award-winning” novel about a homosexual teen as “a gentle book.”

No adult—at least no mature adult—believes that five-year-olds have a “right to read anything” they choose. And any adult who actually does believe such a feckless notion should not be a librarian, teacher, or parent.

“Progressives” are condescending in their characterization of those whose ideas about what constitutes age-appropriate material differs from theirs. Despite what “progressive” librarians think, the view that homosexuality is morally equivalent to heterosexuality is not a fact. It is an assumption and one which many believe is as radical, subversive, and wrong as is the belief that adult consensual incest is morally equivalent to sex between unrelated people.

In the service of their sanctimonious indignation about book banning, would children’s librarians make available a picture book that “gently” depicts the loving relationship between two brothers who live together in a romantic relationship and are raising a child conceived through an egg donation and surrogacy?

Would Klise and his ilk make easily available a picture book that “gently” depicts a polyamorous family consisting of three men and two women who are raising children together in a loving “pod”?

What possible reason could our presumptuous, ideology-imposing librarians have for not making easily available such picture books?

“Progressives” are dishonest because they claim that parents are trying to ban books when in reality parents are usually objecting to the easy accessibility to young children of books whose content is age-inappropriate—something that virtually all libraries do.

“Progressives” are presumptuous because they seek to impose their philosophical, moral, and political views on all of society via  the public library system.

In a 1995 interview with Beverly Goldberg, the highly respected Judith F. Krug, decades-long president of the ALA’s Office for Intellectual Freedom, had this to say about the importance of intellectual diversity in library book collections:

We never served the gay community. Now, we didn’t serve the gay community, because there weren’t materials to serve them. You can’t buy materials if they’re not there. But part of our responsibility is to identify what we need and then to begin to ask for it. Another thing we have to be real careful about is that even though the materials that come out initially aren’t wonderful, it’s still incumbent upon us to have that voice represented in the collection. This was exactly what happened in the early days of the women’s movement, and as the black community became more visible and began to demand more materials that fulfilled their particular information needs. We can’t sit back and say, “Well, they’re not the high-quality materials I’m used to buying.” They’re probably not, but if they are the only thing available, then I believe we have to get them into the library. [emphasis added]

According to Krug, intellectual diversity is of such paramount importance that it trumps even quality of material. And if resources are scarce, Krug believes it is the obligation of librarians to ask for them.

Klise expresses how “literally foreign” the notion of “censorship” is to him and his ideological colleagues. Really? “Progressives” like Klise are hypocritical because while they condemn as “book banners” those who seek to have books that promote sexually subversive ideas out of reach of little ones, they refuse to request  books that explore dissenting  views of homosexuality (or gender confusion).

Since James Klise is a high school librarian (and adviser to his high school’s “gay”-straight alliance” ), perhaps he could find out how many novels, plays, non-fiction books, and films his school’s library has that express conservative views on the nature and morality of homosexuality as compared to the number of resources it has that express “progressive views”?

There are several issues involved in this topic, including ideological diversity and age-appropriate accessibility. And when public school libraries are involved, perhaps we should consider the goals of edifying and educating students in ways that will promote both private and civic virtue.

If Leftists Ran the Zoo, Dr. Seuss Would Be Caged
b
a
x
r