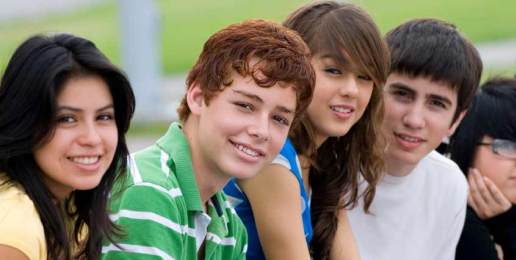 Sexual activity and pregnancy among teens is declining

Two reports recently released by the Centers for Disease Control show teens are embracing abstinence, despite the prevalence of promiscuity portrayed in music, movies and on television.

Abstinence advocates say the new statistics on sexual activity and birth rates among teens are an encouraging sign that young people understand the risks associated with having sex, even though most of them have been taught that taking the right precautions makes it safe. The new numbers also disprove one of the main arguments used by advocates of sex education, said Cindy Hopkins, vice president for center services at Care Net, which operates pro-life pregnancy centers across the country.

“The message we hear from the other side is that teenagers cannot control their hormones, so they need to be taught about safe or safer sex,” she said. “It’s encouraging to know they can control themselves. When they hear the truth, they can assess it and make wise decisions.”

The increasing rates of abstinence also show teens are capable of making wise decisions even though many of the adults around them are sending them messages that normalize teen sex, said Valerie Huber, president of the National Abstinence Education Association.

According to a report on teen sexual activity released in October, the number of girls having sex between the ages of 15 and 19 dropped 8 percent between 1988 and 2010, from 51 percent to 43 percent. The number of boys having sex dropped 18 percent, from 60 percent to 42 percent.

Huber called the declines good news, especially for parents and mentors who encourage teens to wait.

“Abstinence is a life choice that is resonating with teens,” she said. “They are not ashamed of it. They are embracing it.”

Another report released earlier this month showed birth rates for teens also are declining. In 2010, the number of babies born to mothers between 15 and 19 years old dropped to the lowest level ever recorded in the United States, a 9 percent decrease from the previous year. Births to teens younger than 20 declined 10 percent, reaching the lowest level recorded since 1946.

Statistics released by the liberal Guttmacher Institute show a corresponding decline in abortions.

According to a report released last year, the number of teens who chose to terminate their pregnancies dropped 55 percent between 1988 and 2006, from 45 to 20 abortions per 1,000 women. But Hopkins warned those numbers might not show the full picture. More women are choosing medical abortions in the early stages of pregnancy, taking a pill to induce an abortion instead of going to a clinic for a surgical procedure, she said. Because medical abortions are universally acknowledged to be underreported, it’s hard to know for sure how many pregnancies are being terminated, she said.

Huber, who will spend Friday briefing lawmakers on a bill that would bring renewed emphasis and funding to abstinence education efforts, said the government’s own research proves that the current messaging about safe sex isn’t working. And the choices teens are making prove the message isn’t even relevant, Huber said.

“The current messaging, culturally and in sex ed classes, is one that normalizes teen sex,” she said. “It’s communicating that if everyone isn’t doing it, everyone will soon. But that’s not necessarily the case.”