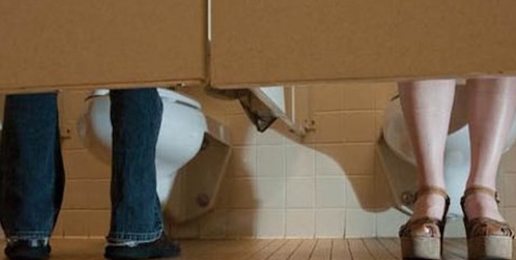 The controversy over locker room policy for gender-confused students in Township High School District 211 here in Illinois has erupted nationally. The Office for Civil Rights, a division of the intrusive Department of Education, has decided that the district violates federal legislation by not allowing a gender-dysphoric high school boy unrestricted access to all areas of the girls’ locker room. Since the highly politicized Office for Civil Rights is publicly lying pretending that District 211 in Illinois is violating Title IX of the Education Amendments of 1972, it might be helpful to read the relevant parts of Title IX:

[T]itle IX of the Education Amendments of 1972…is designed to eliminate (with certain exceptions) discrimination on the basis of sex in any education program….A recipient [of federal funds] may provide separate toilet, locker room, and shower facilities on the basis of sex, but such facilities provided for students of one sex shall be comparable to such facilities provided for students of the other sex.

In 2014, unelected employees with no legislative authority in the Office for Civil Rights (OCR) unilaterally proclaimed that the term “sex” in Title IX includes “gender identity” and “gender expression.” They sent their astonishingly arrogant proclamation—referred to as “Dear Colleague” letter—to all public schools.

Even though the OCR is lying through its rainbow-tinted teeth, let’s conduct a thought experiment, which is another way of saying let’s explore the logical outworking of another flaky and destructive Leftist assumption.

Since “LBTQQIAP” activists are nothing if not dogged in their pursuit of unfettered sexual anarchy, and since far too many conservatives, especially political leaders, are largely ill-informed cowards, let’s imagine that Lefties win the day and are permitted to determine what the meaning of “sex” is. “Sex” in our thought experiment now means objective biological sex, and “gender identity,” and “gender expression.”

In a disturbing segment on the FOX News show The Kelly File last night, host Megyn Kelly interviewed Dr. Daniel Cates, superintendent of District 211. In her interview Kelly stated that District 211 has not only set up a private changing area in the locker room for the gender-dysphoric boy but also agreed to allow his friends—that is to say, girls—to change with him. This decision, along with allowing the boy to use the girls’ restrooms, necessarily means that the district no longer has an absolute prohibition against boys and girls sharing restrooms or changing areas. If, as the superintendent said in a recent statement, “boys and girls are in separate locker rooms for a reason” related to anatomical differences, why allow this boy in the girls’ locker room or restrooms at all? And why allow girls to voluntarily change with him?

Moreover, if objectively male students are permitted to use girls’ restrooms and enter girls’ locker rooms, and if girls may voluntarily choose to change clothes with an objectively male student, why is such mixing of sexes permitted only for those students who wish they were the opposite sex? Wouldn’t allowing only gender-dysphoric students to use opposite-sex restrooms and locker rooms constitute discrimination based on “gender identity”?

Presto change-o, the Left will effectively efface another essential boundary. In the twinkling of a winking eye, all boys will be able to use girls’ restrooms and locker rooms, and vice versa. The ancient heresy of Gnosticism that devalues physical embodiment and the pagan worldview of “oneism” that seeks to merge opposing binaries rear their ugly heads again, obliterating any cultural recognition of the meaning of sexual differentiation. As theologian and pastor Doug Wilson said in a recent (and soon to be released) IFI interview, “All idolatries have contradictions built into them.”

Let me be clear: The logical and inevitable conclusion of these restroom/locker room policies, which are embedded with non-factual assumptions about the nature of physical embodiment, is to eradicate all distinctions in language, law, and social institutions between male and female.

Chew on that for a moment, then gather those dust-collecting spines from the attic, and do something courageous with the doggedness of the Left.

Partner with Illinois Family Institute as we continue to stand
on the front lines for marriage, family, life and liberty.

How May & Should Christians Speak About Evil
b
a
x
r