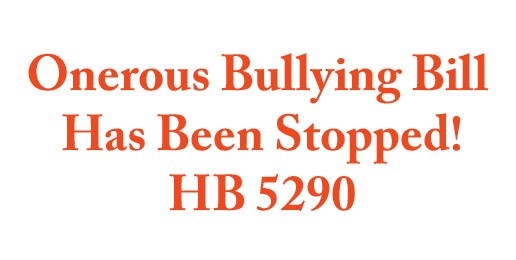 HB 5290–an unnecessary “bullying” bill that promotes “youth programming” and “restorative measures” which will be used to shape students’ beliefs about homosexuality and gender confusion–failed in the Illinois Senate by a vote of 29-21-06 late in the afternoon on May 29th.

Last week, HB 5290, also known as the “bullying bill,” failed to pass in the Illinois Senate.  The sponsor, Senator Heather Steans (D-Chicago), put it on postponed consideration–meaning the bill would get a second chance at a vote.

Late this afternoon, the bill was called for re-consideration.  We are happy to report that this onerous bill failed for a second time in a week, this time by a vote of 29-21 with 6 voting present, and is now dead for the session!

While proponents tried to convince lawmakers and the public that the bill had nothing to do with indoctrinating Illinois school children with liberal beliefs about homosexuality, they refused to include a requested opt-out provision.

If it were strictly about bullying and not about pushing controversial beliefs about homosexuality, why did the House sponsor of the bill, lesbian activist  State Representative Kelly Cassidy (D-Chicago) come over to the Senate to lobby members and watch the bill’s vote?

Homosexual activists like Cassidy, the Illinois Safe Schools Alliance, and Equality Illinois try to intimidate lawmakers and the public by arguing that a vote against a particular bullying bill is a vote for bullying, which is absurd. There can be good bullying prevention bills and bad ones. The Cassidy/Steans bullying bill was clearly a bad one. It was not only unnecessary, but ideologically driven.

Virtually every Illinois school district already has bullying policy, and those administrations that feel they need further guidance can easily access the Illinois State Board of Education’s bullying prevention recommendations on the ISBE website.

IFI wants to thank publicly every lawmaker who had the courage and wisdom to oppose HB 5290.

Click HERE to see the official voting record of how your state senator voted or look below at the graphic. 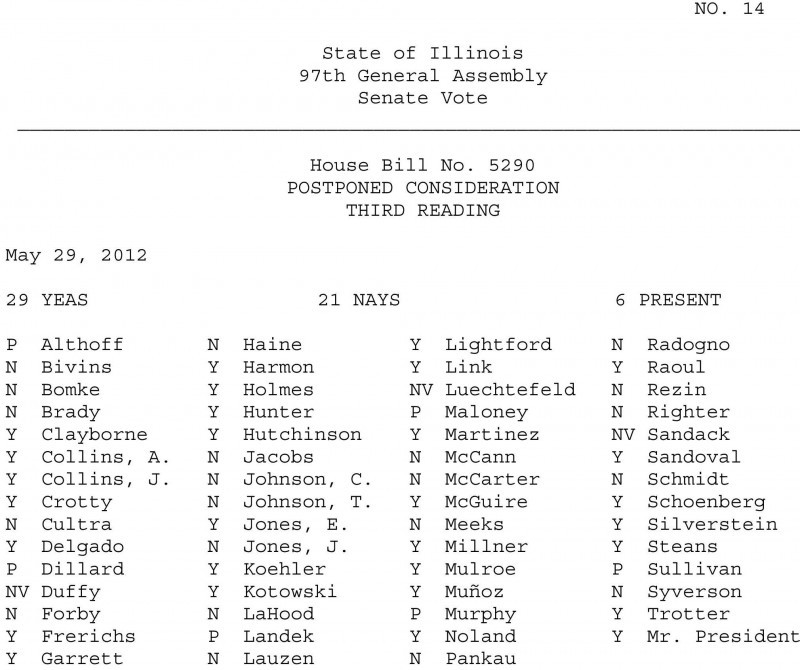