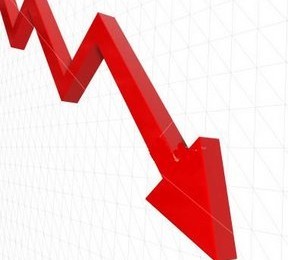 Abstinence education programs are being credited with the good news coming in a new report the CDC issued Thursday from the National Center for Health Statistics showing teen birth rates dropping.

The birth rate for U.S. teens aged 15-19 years hit a record low in 2010, according to the report, “Births: Preliminary Data for 2010,” from CDC’s National Center for Health Statistics. The report is based on an analysis of nearly 100 percent of birth records collected in all 50 states, the District of Columbia and U.S. territories.

The birth rate for teenagers aged 15-19 has declined for the last three years and 17 out of the past 19 years, falling to 34.3 births per 1,000 teenagers in 2010 – a 9 percent decline from 2009 and the lowest rate ever recorded in nearly seven decades of collecting data.  Birth rates for younger and older teenagers and for all race/ethnic groups reached historic lows in 2010.

Valerie Huber of the National Abstinence Education Association reacted to the report in an email to LifeNews, and the said the good news on teen birth rates is tempered by news on teen rates of sexual diseases.

“While we want to celebrate good news, we may also want to hold our applause while we review the two new reports coming from the CDC,” she said. “Admittedly, good news is not easy to come by in the world of teen sexual activity. So, the new CDC report from the National Center for Health Statistics (NCHS) on the decline in teen births hitting a new low is to be cheered.”

“The 9% drop is impressive but not entirely surprising. This news follows another recent report from the CDC showing that nearly 75% of 15-17 year olds are not having sex,” Huber added. “When data shows the majority of teens are choosing to be abstinent, a decrease in pregnancy rates is to be expected and we are very encouraged by the positive choices teens are making.”

“However, our congratulatory spirit may be given pause when we consider the soaring rates of certain STD’s among all groups including teens.  NAEA has long held the view that teen pregnancy prevention programs are not enough,” she said. “Simply curbing teen pregnancy is a short-sighted goal that ignores the larger issue of teen sexual activity that must be addressed. Just because pregnancy is prevented does not mean that STDs are prevented, as these reports illustrate. The myth of ‘protected sex’ is clearly exposed by the high prevalence of STDs in teens and falls tragically short of what is the healthiest message.”

NAEA believes the proven programs of Sexual Risk Avoidance abstinence education have contributed greatly to this positive decline. Against a barrage of disingenuous claims that the abstinence message is unrealistic for teens, NAEA has continued to promote programs that empower teens to make the healthy choice of abstinence. The 22-peer reviewed studies showing the effectiveness of such programs are now being validated in the recent decline in teen birth rates.

But Huber is concerned by numbers showing chlamydia rates are the highest they have been in twenty years and have increased 24% since 2006, with African American teen girls bearing the greatest burden. And while Gonorrhea rates are down, the CDC warns that strains are becoming increasingly resistant to treatment, showing that sexual risk avoidance should be given priority.

“Teen pregnancy prevention efforts are insufficient. This is a simplistic response to a complex problem. Only an approach that helps teens avoid all the risk associated with sexual decision-making will adequately address the myriad of potential consequences related to teen sexual activity,” she concluded.