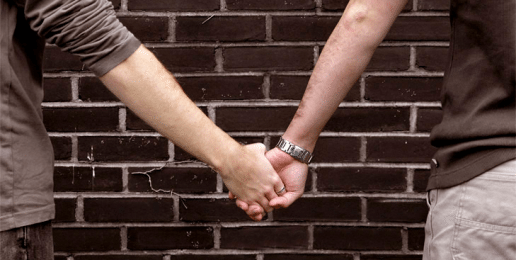 An article on abstinence-only programs appearing in the Feb. 2010 issue of Archives of Pediatrics and Adolescent Medicine reports that “Only about a third of sixth- and seventh-graders who completed an abstinence-focused program started having sex within the next two years, researchers found. Nearly half of the students who attended other classes, including ones that combined information about abstinence and contraception, became sexually active. “

The authors concluded that “Theory-based abstinence-only interventions may have an important role in preventing adolescent sexual involvement.”

We can all agree that the fact that any sixth–ninth graders are having sex is unacceptable, but a decrease from 50% to 30% is significant. Why aren’t all child advocates rejoicing at this good news?

[T]eens who take virginity pledges do delay sexual activity until an average age of 21 (compared to about age 17 for the average American teen).

They also seemed not to notice that “Those who had taken a pledge had 0.11 fewer past-year sexual partners,” a finding which a clearly unbiased Rosenbaum dismissed, saying:

Apparently to Rosenbaum, fewer sexual partners between the ages of 15–20 is unimportant if sexually transmitted disease risk is not reduced. I suspect many parents may disagree with her.

Some theorize that this delay is a result of religious faith since the study participants — both pledgers and non-pledgers — had similar conservative religious convictions (according to Rosenbaum, “40% were born-again believers”). Evidently, the proponents of early sexualization of children find religious faith so objectionable that they refuse to acknowledge the real possibility that faith may provide the solution to the problem of teen sex. http://www.cnn.com/2008/HEALTH/12/30/virginity.pledges/

Another interesting fact from the Rosenbaum study reported by the mainstream media, is that “non-pledgers,” meaning those who did not take virginity pledges were “2.31%” more likely to have “been paid for sex” than those who took virginity pledges. Make of that what you will.

Additional good news about abstinence education comes from The Heritage Foundation in an article titled “The Case for Maintaining Abstinence Education Funding”:

This study, however, also found this:

After reading this report, Martha Kempner of the Sexuality Information and Education Council of the United States declared that,  “Abstinence-only was an experiment and it failed.”  Curiously, Ms. Kempner looked at the abstinence programs analyzed in this study, which have largely the same results as comprehensive sex ed programs–except that they better prepare students with a knowledge of STD-prevention–and she declares that only abstinence programs are failures.

So far, the research seems to suggest that overall abstinence education works just as well — if not better — than comprehensive sex ed.