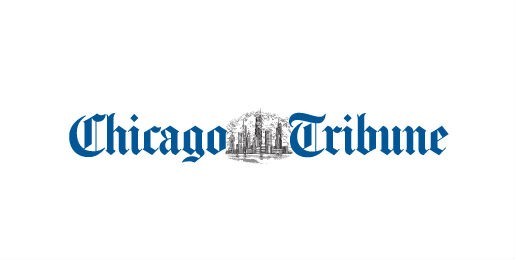 By suggesting that the virulent racism of the South in the 1960’s is morally equivalent to societal disapproval of homosexuality, Zorn perpetuates the ludicrous and offensive assumption that race is ontologically (i.e. by nature) equivalent to homosexuality. Zorn conveniently omits any discussion of this unproven assumption upon which his analogy depends. By omitting any such discussion, he frees himself from the burden of providing evidence or justification for the proposition that homosexuality is by nature analogous to race or for the proposition that disapproval of homosexuality is analogous to racism.

The only thing racism shares in common with the belief that volitional homosexual acts are immoral is that Zorn hates both. If that’s all that’s required for Zorn to see equivalence, then I guess in Zorn’s strange moral universe, disapproval of polyamory, adult consensual incest, or paraphilias is equivalent to racism, which in turn would make polyamory, adult consensual incest, and paraphilias ontologically equivalent to race. In reality, race or skin color is ontologically equivalent to biological sex–not to homosexuality.

The racist belief that African Americans were inferior and ought not to have interacted socially with whites was a malignant falsehood that needed to be exposed and eradicated. In contrast, the belief that boys ought not to have sex with boys or girls with girls is true and should be both publicly expressed and affirmed. This moral belief has nothing whatsoever to do with ignorance, bigotry, or hatred.

There are, broadly speaking, two categories of conditions: immutable conditions with no behavioral or moral implications, like race and sex; and conditions that are centrally defined by behaviors that are legitimate objects of moral assessment even if biological factors influence impulses. Such conditions would include polyamory, promiscuity, selfishness, drug use, aggression, pedophilia, Body Integrity Identity Disorder, Gender Identity Disorder, and homosexuality. From the behavioral/moral category, Zorn has plucked out homosexuality and decided to treat it like conditions from the immutable, non-behavioral category with no justification for doing so.

Implying an analogy between traditional beliefs on homosexuality and racism is specious in that the latter reflects negative judgments based on 100% heritable, immutable conditions that carry no behavioral implications. In contrast, it is widely debated, even within the homosexual community, whether homosexuality is immutable. Indeed, “queer theory” holds that sexuality is a fluid social construction. In addition, there is no research proving that homosexual attraction is biologically determined. Finally, homosexuality inherently involves acts that can be justifiably deemed immoral. Such moral conclusions do not constitute hatred of persons or bigotry.

Zorn errs not merely in assuming without proof that homosexuality is ontologically analogous to race, but in suggesting that the racist act of secretly relocating a prom in Birmingham, Alabama in 1965 in order to exclude an African American girl is analogous to openly canceling a prom because one student sought to violate morally legitimate policy regarding homosexual and cross-dressing behaviors.

Zorn concludes his commentary by deeming school policy that prohibits homosexual and cross-dressing behaviors as hatred of persons. Even identifying people as “homosexual” reveals ontological and moral assumptions. For those who share Zorn’s unproven assumptions about the nature and morality of homosexuality, identifying someone as homosexual means not only that same-sex desire and homosexual acts are experienced, but that they are central to and affirmed in his or her life.

Most people believe that polyamorous attractions, though unchosen and likely shaped by biology, should not be considered either central to identity or worthy of affirmation. And just as it would not constitute hatred of persons to prohibit polyamorous behavior at a school dance, it does not constitute hatred to prohibit homosexual and cross-dressing behaviors at a school dance.